So by now we all know about the Kentucky pastor Jamie Coots who died of a venomous snakebite, thinking he would be protected by God as he said mainly due to the passages at the end of the Gospel ascribed to Mark, which I related in an earlier post were added to the Gospel decades, centuries later by an unknown scribe to an already anonymous manuscript dating to sometime near 70 AD, 4 decades after JC’s alleged death and resurrection.
And the earliest fragments we have of this anonymous work are from the 3rd century, complete manuscripts not until the 4th, yes, centuries later…

So why would an otherwise normal educated 21st century man who operates a motor vehicle, a computer, a cellphone, take antibiotics maybe?, and trusts science and logic and material causality in 99% of his waking life… why would he believe an anonymous interpolation into an anonymous work of which there are no originals and only copies from 200-300 years later which also have multiple endings and multiple other interpolations??

Why would he believe these nearly 2,000 words that tell him he can be bitten by snakes (and drink poisons) but wont die?

The vast majority of Xians on the planet (1.5-2.0 billion) don’t believe those verses but of course believe much of the rest of this Gospel to relate true information about the life, death, and resurrection of Jesus.
Some folks say (even some Xians) he was an idiot and got what he deserved for being so foolish.

But just HOW did he come to believe it? Seems crazy to most of us, but is it any crazier than any other religious claim that equally has no evidence for it and mountains of evidence against it being true? 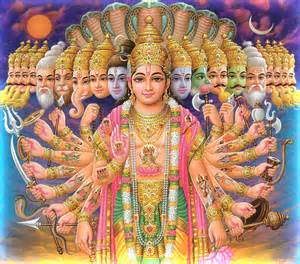 Take reincarnation for example.
In the US and most of the West unless you are a New Age spiritualist, few take the idea of their soul somehow re-appearing in another human (or animal) after their death seriously. The predominant belief about souls in the Xian tradition is that they go either to heaven or hell when you die and that’s it.
But in much, if not most of Asia it is claimed in the reincarnation religions of Buddhism and Hinduism that of course the reintroduction of the soul into another human body is integral to their teachings.
And it is taught unquestionably as such. So many if not most Buddhists and Hindu’s believe it. And this despite their being absolutely no evidence for it and mountains of evidence against it. After nearly 3,000 years of wishful thinking and now 150 years of neuroscience there is absolutely neither any evidence that some portion of the intellect, essence, mind, personality, “soul” if you will, survives the death of the body much less is reinstated into another living thing.
It is pure fantasy, but an accepted tenet of a billion or more people on earth’s religion.

And how is it anymore or less crazy than snake handling?
Or believing any other of the unfounded claims of anonymous 2,000 year old writings having no evidence of their factuality?

This is a prime example of “The Arrogance of Religious Thought™“:
That it is OK to promote and defend ideas with absolutely no proof and pass them on through the generations by child indoctrination supported solely by the unquestionable authority of scripture and religious leaders.

Reincarnation may be considered to be a harmless delusion, certainly incomparably less deadly than snake-handling, but is that a good excuse for lying to children and perpetuating really old ideas that have no merit, no proof. Accepting one delusion legitimizes others and facilitates more dangerous nonsense.
We can do better than this.