We have 20 female US Senators. A beautiful thing really, up from the traditional handful, but still 30 short to be sure. And we need 25 or 26 female governors instead of just the 5 there are at present. 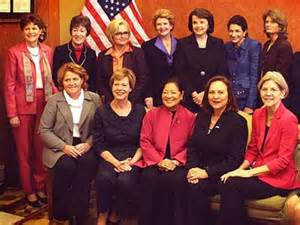 As of Jan. 2013 with nearly 317 million US residents, estimated percent of females is at a bit more than half at 50.8% or roughly 161 million females to 156 million males. So there ougtha be half females in every Senate, Rep, Governor and Supreme Court seat. We don’t however need half the world’s religious leaders to be female, we don’t need religious leaders at all or religion period.

And that is the expressed goal of the courageous women at FEMEN.

These women do guerilla street theatre protests topless in the Ukraine, and across Europe. Besides breasts these females have balls. And they are calling for no less than the end of patriarchal…everything! Their platform is no less than the end of religion, repression of women and the end of the sex trade. Check out their campaign at Femen.org.
I’m safe writing my blog from the comfort of my home or office. I haven’t been beat up, arrested, jailed, find, harassed. These ladies got stones and invite such treatment to bring light to the plight of women all over the world who suffer various levels of maltreatment solely due to their bodies and genitalia.

I am insanely glad my wife, daughter, sister, mom, female friends and acquaintances were born in developed countries, where repression of female behavior, while pervasive, has been minimized compared to the more patriarchal and religious parts of the world (including the American South). We still have a long way to go in the developed world, and the biggest roadblock is yet religion. And that hasn’t changed…

“The greatest block today in the way of woman’s emancipation is the church, the canon law, the Bible and the priesthood.” – Elizabeth Cady Stanton

I don’t think Cady Stanton would protest topless to underscore the point that a woman’s body is not property, dirty, or obscene, but I suspect she would wholeheartedly agree with the reasoning.
Think about it. Modern science, particularly Psychology, says women are capable intellectually of everything a man a can do, the sciences of History, Sociology and Anthropology show that is true through the Ages and across cultures. It is only patriarchal religious thought that relegates women to lesser status. Get rid of religion and all misogyny disappears.

More on the New Enlightenment and feminism later.