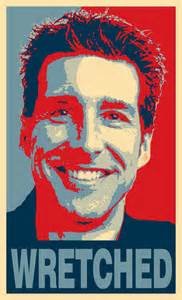 Todd Friel couldn’t be more dishonest. In his video review of the Ham/Nye debate it only takes him a bit over 2 minutes to lie completely about the science of dating trees and Carbon 14 dating…

He actually says this at 2:15 into his video:
“How do we date trees that are hundreds of years old? It is not by tree rings, we need to use dating mechanisms like Carbon 14 dating which have been demonstrated and proven to be unreliable. That is proven.”
…“We don’t have an accurate way to date those trees.”

I almost fell out of my chair.

It takes just 12 seconds for him to tell those two completely horrendous lies about the reality of the science, so here’s the facts of the matter:
1. We don’t use C14 on ANY thing that is still alive, much less living trees, and we DO use tree rings.
2. Carbon 14 is used routinely all over the world and has never been “proven unreliable.”

And then he has the 24 karat audacity to say Bill Nye is lying!
You can check out the science of tree ring dating for yourself at dozens of sites like this Wiki article.

Friel then goes on to say his viewers can look it all up and see that its Bill Nye who is lying. What Balls!

He’s banking on that he really knows his audience: that the vast majority of his followers will never look up even the Wikipedia article listed above or any of the science on dendochronology or C14 dating, they will just take his word for it.
Furthermore, if they do look anything up it will probably be on Ken Ham’s AiG website, Ham’s Youtube video dissing C14 dating, or similar dishonest Conservative Xian propaganda that is completely wrong.
They will never see the science. He knows it.
Here’s an excellent site from one of the top C14 dating labs in the world: http://radiocarbon.com/
EVERY XIAN buffaloed by the likes of Friel, Ham or Comfort should peruse this site and the Wiki above and educate themselves on the absolute absurdity of Young-Earth Creationisms claims that C14 or any other dating method doesn’t work.

There’s over 130 C14 labs worldwide cranking out dates as routinely as you get a blood or urine test from your doctor. See my previous post on radiocarbon dating. There are trees, lots of them, older than 6,000 years. Dating science is solid and corroborated by dozens of methods that all hang together.

Friel has only one way out. He looks straight in the camera and lies about it.
We must keep attacking this kind of pseudoscience promoted by Conservative Xiansanity™.
It doesn’t get a free pass anymore.

I’ve posted before that none of us unbelievers think Xians are the least bit stupid (Christians aren’t stupid), they’ve just been hosed.
The depth that the Liars for Jesus will go to is appalling.
We should all be outraged.