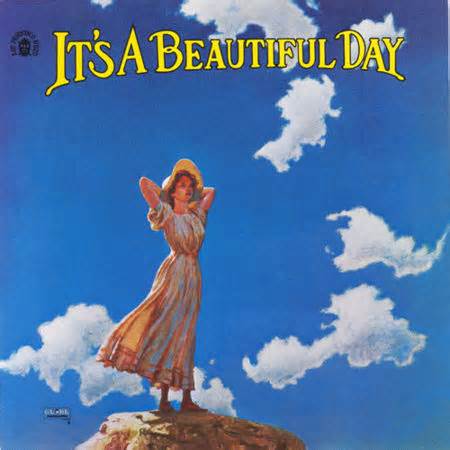 It is.
Every generation thinks the woes of the day are the worst ever. And we do have plenty of misery left around the world and at home. But consider some historical perspectives. US Service people deaths in Iraq and Afghanistan after a decade or more are approaching 7,000 a horrible number to be sure. But consider that we lost over twice that number of servicemen deaths in the WWII Battle of Okinawa in just 82 days of that campaign. 82 days, over 14,000 dead. Insanity.
And we lost over 58,000 in the 20 year (1955-1975) struggle in Vietnam. It is hard to wrap your head around those numbers as you surf the NET on your smartphone looking for a YouTube video you want to tweet your friends about…..

In the late 1960’s thru early 1970′ a very unique and soulful band formed on the West Coast. Vietnam was raging, the Civil Rights Movement was but a few year sold and cities were burning from the race riots, “gay” wasn’t even in anyone’s vocabulary yet, Nixon was in charge, the Cold War was still hot,…you get the picture.
Here’s “Its a Beautiful Day’s” classic song “White Bird” from the original (yes, vinyl) album.

Some things do still suck and we have a lot of work to do. But things weren’t exactly rosy when this song was written and this band chose their uplifting name. But maybe, given the progress we have made there’s plenty of reason for optimism. If you haven’t read the incomparable Steven Pinker’s “Better Angels of our Nature”, its a monster, full of facts and reasoning well worth the effort. He makes a rather credible case for the decline of violence in modern times, as I gave you just a sample of in the war death comparisons above. If you don’t have the time to slog through his book, check out his TED video below that neatly summarizes the perspective to be gained by looking at the real world, doing history and sociology and psychology and anthropology: i.e. taking a scientific view that is built on data and theory and not presuppositions and folk theories about human nature. Religions tend to paint a bleak picture; original sin, innate depravity, inescapable sin, the Fall from grace, Sinners in the hand of an angry god”, dogs and cats living together, total chaos… you know the drill. Even the Buddhists, often characterized as so uplifting compared to “Western” religions start their Eightfold Truths with “Life is All About Suffering”…a charming outlook. Well, maybe we have moved beyond more primitive thinking and behavior than we give ourselves credit for. Religions tend to emphasize the negative aspects of our human nature, claiming we are inveterate sinners that need the threat of eternal punishment or eternal reincarnation back into suffering in order to behave ourselves. New Enlightenment thinking emphasizes quite the opposite. We have natural human empathy and ingenuity that has brought us so far since the first Enlightenment as Pinker clearly shows. When we concentrate on those parts of our human nature instead of dwelling in old primitive and barbaric myths, we can accomplish a lot, like the decline of violence. I’ll return to this theme now and again in these posts. For now, It is a Beautiful Day, we’re better off than at any time in our existence, and we can do even better. Professor Pinker: