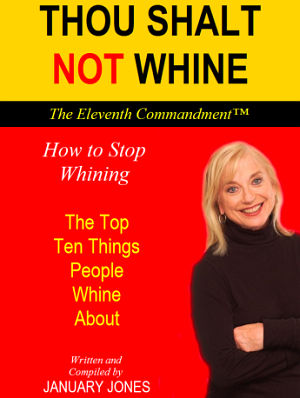 Every time somebody whines “Oh you are too harsh, you will lose the audience you hope to convert.”
I just wanna TURNITUPANOTCH! Ya think I’m harsh? HA!
I’ve reiterated many times here I don’t think religious folks are stupid, its their ideas, it’s what they have been taught, it not their fault.
But their ideas need to be challenged and it may be offensive no matter how politically correct or incorrect one states it.
They can take it, nobody is harming them physically, get real, and they need to hear it. In fact we need to step it up and continue this rise in secularism. People can bitch all they want about how “strident” some non-believers are, not only has it been effective but most religious claims, most religious thinking, deserves ridicule, not merely for its absurdity and delusion but for the incredible real damage it causes, it has caused worldwide for millenia.
Religious thought is arrogant, not religious people (well most of them, there are a few).
And I firmly believe it is time to call it like it is.

SO in honor of that, Here’s Jim Jeffries:

In just over 8 minutes he nails everything the secular movement is trying to convey. And he offends a hell of a lot more folks than me!

Is offending someone’s worldview so bad? Especially when it is cruel, and divisive, and dead wrong?
Think about it:
1963-1965. The height of the Civil Rights Movement in America. All across the South, the protests for equal treatment “offended,” Southern Whites (the vast majority of them also Xians), so much so that Martin Luther King and others are beaten and jailed regularly, dozens have been killed in racial crimes.

I’m offending anyone? Any secularist, even Jim Jeffries, are they really hurting anyone so bad?
And if I do on occasion and guys like Jim do regularly, consider this:

What if someone had leaned over to Dr. King or any of the thousands of despairing civil rights protestors at that time, who offended their white Xian adversaries worldview so grievously, so repugnantly by demanding their civil rights… so damn much that they faced jail, violence and often death…
What if someone could have leaned in to one of them sitting there, maybe beaten, in a jail cell, hated so deeply for offending another’s view of how the world must be, and said:
“In less than 50 years, a black man will be President.”

Think they should have quit because of all the white folks they offended?

I’ll risk offending a few Xians for one less gay kid committing suicide because he thinks he’s going to burn in Hell.
That bullshit needs to end, just like the racial discrimination that was an equally unquestioned, fully accepted part of our culture 50 years ago.

I’m basically waiting for everyone my age and older to die off and take their retarded Xiansanity™ ideas with them.
A gay kid dies vs. a Xian is “offended” by having their Bronze Age ideas questioned, even ridiculed? That’s a tradeoff no-one has to consider for a moment.

If we offend a few Xians along the way in pointing out the absurdities and cruelties of their religion’s archaic ideas, well that’s too goddam bad.