Forty three professors and employees of MSU took out an MSU News ad recently proclaiming “The Creator of the Universe Came to Earth for You” suggesting students should access the Jesus Story from Josh McDowell, a well-known, longtime Christian apologist. I’ve read much of the Bible, compared its stories, and read apologists like McDowell and others, but unlike most Christians, I’ve read the other side too; the study of the origins and history of the Bible, how it was written and by whom. Their ad lists statements about Jesus including “He remained on earth speaking to people for 40 days and then ascended to heaven.” There is no evidence of Jesus’ deeds outside of the New Testament, so I grabbed my well-worn King James Bible in paperback with the duct-taped cover that I’ve owned for 30 years to see what it says about the 40 days and Jesus’s Ascension into heaven.

There are six different accounts of the Resurrection, and most of the details contradict one another irreconcilably. The 40 days claim for example as compared in Paul, Mark, Matthew, Luke, Acts and John is no exception. Paul in his epistles says nothing of it, Mark the first Gospel written says clearly only one day passed before the Ascension into heaven, not 40, as does Luke one of the rewrites of Mark. Matthew, the other rewrite of Mark says nothing, John; at least 8 days. Only in Acts does the period of 40 days appear. So was it one, eight, 40 or none? The Ascension itself is worse: Paul; no Ascension, Mark says Jerusalem, Luke; Bethany, Matthew; no Ascension, John, no Ascension and Acts; the Mount of Olives. So, was there an ascension, and was it in Jerusalem, or a mile or so away on the Mount or specifically in Bethany? The accounts read like myths, like legend embellished over time, not like “reliable writing” as McDowell claims. This is but one example of many stories in the Bible which sound plausible compiled into the composite story we were taught as kids but of which apologists like McDowell need to explain away the discrepancies and contradictions in the different accounts. 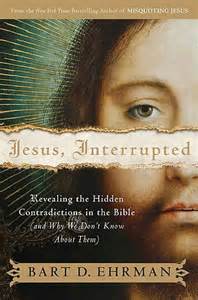 The point is this: when it comes to evidence, up to date knowledge and lack of contradictory explanations that we demand in any other domain of human knowledge, religion gets a free pass. Most of us would be outraged if we sent our children to math or biology class and they got information 50-100 years out of date, like McDowell’s composite Jesus stories. Imagine if your child took an astronomy course and the knowledge gained in the last 100 years was conveniently glossed over or plainly ignored; no galaxies, no quasars, pulsars, black holes, no cosmic background radiation, no 13.5 billion year age of the universe, etc. We wouldn’t stand for it. But somehow it is OK when you send your child to VBS, Catechism or Bible study and they get told the Gospels are eyewitness accounts by apostles for example, when modern Biblical scholars, Christians and secular ones alike, now know the Gospels were written anonymously, not by apostles, and that there are no eyewitness accounts in the Bible, none. Your kids aren’t told that Paul never met Jesus or that at least three of his epistles were not written by him, but are forgeries, written is his name. Or that the Resurrection story has six contradictory versions, etc.

Imagine if your biology text had six different versions of the ATP cycle in successive chapters, and contradicted itself enough that your instructor would have to do the verbal gymnastics that a Christian apologist like Josh McDowell has to do to make the Resurrection sound plausible. You wouldn’t buy it for a second. But religious stories get a pass. If your chemistry book had 6 different and incompatible structures for the benzene ring: one has 7, two have 6, one at least 8 carbon atoms, three are rings, but one is an open chain, you’d be mighty skeptical and rightly so.
The contradictions noted above are easily referenced and verified from dozens of sources of Biblical history and analysis, and you can examine them in the Bible for yourself. Read Dan Barker’s Godless or anything by Bart Ehrman for readable introductions into Biblical history, where you can also source all the original scholarship. 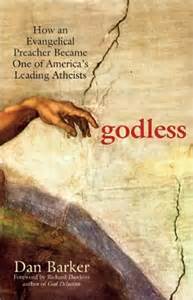