A short while back one of our professors likened these living things as equal in personhood.

I kinda took exception to that strained analogy:

A human fertilized egg (zygote), a blastocyst (the hollow ball of 100-150 undifferentiated embryonic cells that form from cell division of the zygote), or the subsequent embryo are not persons, they have no functioning brain, no consciousness, and feel no pain. Many religious systems; Catholicism, Islam, and some Protestant Christian denominations make such a claim, denying our scientific knowledge of embryonic development.
A slave was a living person, fully aware, with a full sense of self who knew they were alive, felt pain, both the physical and the mental anguish of a life in shackles: a feeling, thinking being fully cognizant of their short, brutal existence wasted in chains; anticipating in full sentience the next day of arduous labor, thirst, hunger, and despair. 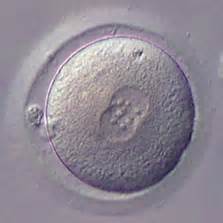 The zygote, blastocyst, and embryo know none of this, having no more consciousness than the also very much alive precursor cells of egg and sperm. Most religious based anti-abortionists imbue the zygote with a soul and/or person-hood from the moment of conception and then attempt to shame us into decrying abortion for killing an unborn human: for being baby killers. The lack of reality and ultimate irony in this sleazy sensational and emotional claim of the pro-life movement is that their god (if it existed), whichever one they believe in, kills 50-70% of developing blastocysts and embryos in the first few weeks of development, making their god the biggest abortionist of them all by their own definition. Prenatal development in any creature, human or animal is an incredibly complex and delicate unfolding of the genetic recipe and spontaneous abortion happens and regularly. A blastocyst or early embryo doesn’t even have neurons yet or any sort of functioning brain. Neuro-development: including new neurons, migration, axon and dendritic outgrowth, synapse formation and programmed cell death and pruning of the nervous system continues throughout the prenatal period. It is absurd to think of the early stages of development as anything resembling a developed functioning thinking and conscious human being. 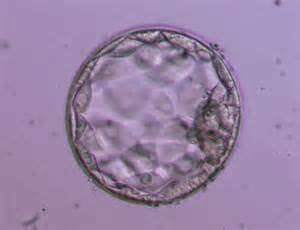 In the 21st century a more reasoned approach to abortion is called for, based on current science and not old religion. We don’t want anyone’s religion running our lives, and precisely for the reason that religious ideas are not based in evidence we can all share, but often in foolish ideas of an ancient date or unfounded interpretations of some scripture thousands of years old.

Pro-lifers often counter that from the zygote and beyond it is the potential to become a human being that is important. That POTENTIAL idea is a problem. Every one of the at least 400,000 eggs a woman has inside her is a potential human. By not having sex every time she ovulates one of the approximately 500 eggs she will release during her reproductive years she denies the chance of a unique human to be born. Your parents could have allowed your unborn brother or sister to be born if they had sex without contraception just one more time. Untold trillions of potential human beings are never fertilized, never born.
When we should grant person-hood to the developing embryo or fetus is the question and there is no one set moral answer. We have set a limit at 28 weeks based on viability right now, should we use full neurological functioning? or consciousness?

Many religions claim there is a full human with a soul at conception. The science refutes that. There is not one human cell yet, all undifferentiated in the first days, and there is no evidence of a soul. If you believe a god plugs in a soul at conception, why does he kill 1/2 to 2/3 of them in the first few weeks? What about twins, does an angel come back down and quick plug in a second soul when the zygote splits in two? And what happens with twins that get reabsorbed? Does an angel swoop down to remove the one soul from the brain that doesn’t develop? Religious absurdities drive this whole discussion.

If you leave the religious bullshit out of the issue, you can make an informed decision. We have chosen as a society not to kill persons, with functioning nervous systems, ability to feel pain and other criteria based on a realistic evaluation of the reality of the situation, not some medieval ideas of spirituality and vitalism dictated by the irrational dogma of some church.

Check out this excellent short video from HHMI.