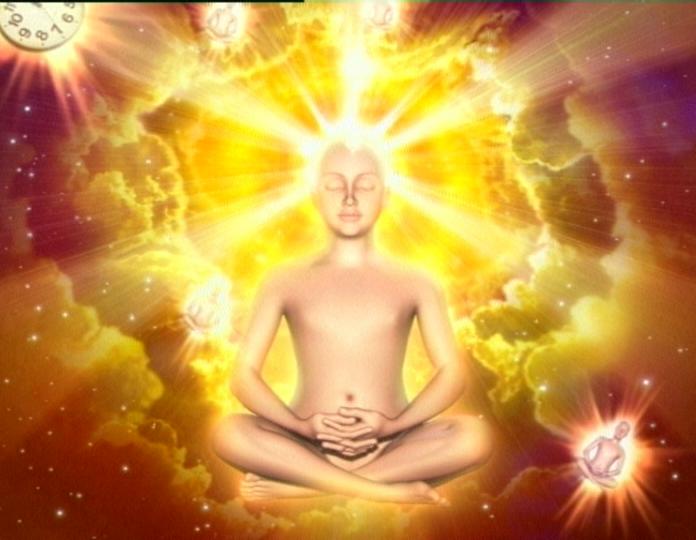 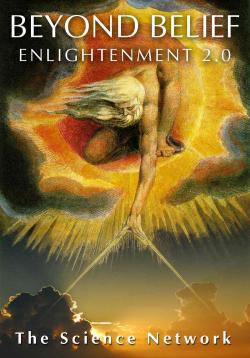 The first “enlightenment” image is entitled “Gathering Wisdom” and the second “Beyond Belief” conveys the opposite and modern era sense of the word “enlightenment“. In the first, meditating, stopping thoughts, removing oneself from the world, and elimination of desire are claimed to be the necessary activities to become “enlightened” and gain wisdom, a practice given to us by the ancients from the East centuries before the Greeks and Romans, whereas the modern use of the term “Enlightenment” as I employ it in the title of this blog requires conversely letting go of unsubstantiated beliefs and cultural myths one may have been taught and instead relying on intimate contact with the world; i.e., observation and experimentation, not withdrawal into one’s self but developing and sharing public versus private “wisdom” and “knowledge” fully embracing all our desires of normal human inquiry, empathy, communication, sexuality, community, and a dedication to make the world a better place (minimize suffering for ALL) rather than withdrawal from it in an attempt to end an endless cycle of rebirth and end life’s suffering for only the solitary individual thereby.

The two philosophies could not be more diametrically opposed and it is not a simple dichotomy of “East versus West.” The Enlightenment may have started in the West through the Renaissance, First Enlightenment, Age of Reason and the Scientific Revolution and now the Rights Revolution, the last two of which are growing exponential throughout much of the developed world while much of the Middle East and Africa is stuck in a medieval political and religious time warp of strife fueled by ancient practices and ideas, but carried out with modern weapons (fodder for a whole other post to be sure).

Today however, the New Enlightenment is carried on by humans from every corner of the globe, all genders, all ethnicities, all nationalities, all religions or none. It is not an exclusively “Western” phenomenon any longer, despite the characterization “boko haram” by Islamic extremists, but a species wide attitude and practice.

On public discovery and knowledge: Look at any published work of science nowadays. They are prime examples of New Enlightenment values: egalitarian, democratic, public, secular, realistic. 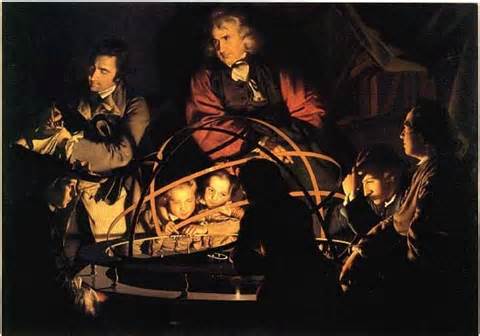 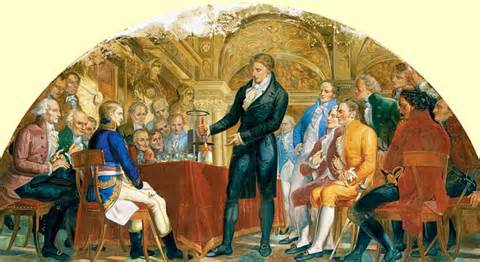 The images above depict typical early public demonstrations of real knowledge, gained back then somewhat individually; think Galileo, Newton, Kepler and so many other natural philosophers since Renaissance times (later,”scientists“) working alone, while so much of today’s complex science is carried out collectively with sometimes dozens, even hundreds of collaborators publishing work in genetics or particle physics, for example.
The New Enlightenment emphasizes a very public search and verification of knowledge, not a private, meditative withdrawal to seek “wisdom.” 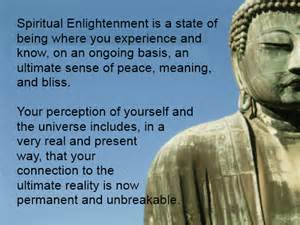 Modern Enlightenment thinking would wholeheartedly agree with the peacefulness, even bliss available from meditative practice. Relaxed mindfulness is a positive and anxiety reducing aspect of meditation as is the calming of the mind and relaxation if not cessation of thought many can achieve. What we have learned however in 3,000 years of meditative practices and roughly 300 years of science is that meditation is not a pathway to some ultimate reality. It is ephemeral and an exploration of private thoughts and personal imagining and nothing more. There has been no evidence whatsoever of it being a pathway to knowledge of reality. Any claim to that is as utterly unsubstantiated as claims to the “power of prayer” or the drug apologia proclaiming how hallucinogens can also lead you to “true consciousness” or a glimpse of “ultimate reality.” Whatever powerful subjective experience one may have from either practice altering normal consciousness, and they can be formidable, you are not enhanced but impaired and there is no evidence of any external validity to anyone’s visions or emotional certainty.

Another take on enlightenment: I don’t think the author of the quote in this image meant to refer to the modern enlightened scientific sense in any way, but it both captures the essence of why we are D.O.N.E. with religion and yet also states the exact opposite of New Enlightenment thinking… 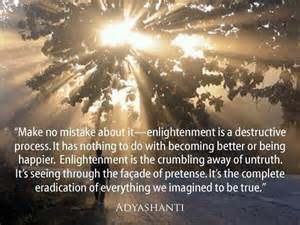 First, the New Enlightenment is definitely a destructive process, his words are spot on about that: it is a crumbling away of untruth… sorry folks, no soul, no ghosts, no celestial castles, ethereal realm, God, gods, demons, djinns, heaven, hell, reincarnation, etc., etc.
Second, it is very much a “complete eradication of imaginary ideas” (ditto the above). Truth is not the cultural myths you were taught and buy into (sorry, Adyashanti) nor the visions or emotional awakenings you had while meditating in solitude (sorry again, pal), nor ideas revered merely because they are old (REALLY sorry about all those… old mystical ideas and entities ARE the essence of Buddhist, Hindu, and New Age thought, and there is not a shred of evidence for the overwhelmingly vast majority of them).

Truth rather is whatever ideas, new or old, that stand up to public scrutiny, observation, and experiment. Imaginary ideas, old or new found to have no basis in reality are discarded.

Lastly however, in direct contrast to this American mystic’s words, the New Enlightenment is all about becoming better as individuals, in communities, as a species. Happiness is the ultimate goal to be achieved, for all through personal and collective improvement by embracing and understanding the world and each other. Reason and tolerance are the path to happiness and enlightenment, not contemplating your navel and repeating 3,000 year-old suppositions and accepting the unfounded existance of entities dreamed up millennia ago. A life of contemplation, prayer, ritual, and withdrawal may be appealing to some, but merely repeating the actions, imaginations, and ascetic lifestyle of the ancients by all the monks and mystics who have ever lived has contributed exactly what to the improvement of the human condition?

With all this in mind, lets examine the Dalai Lama’s actual “enlightenment” in part two.