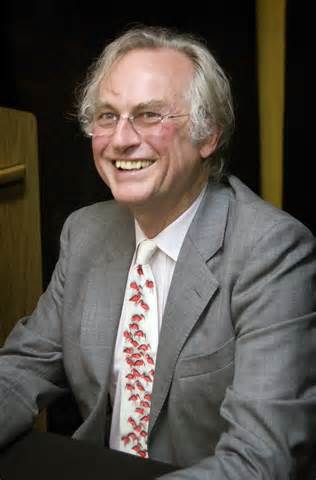 Richard Dawkins.
I chose this picture out dozens on yahoo images as it looks current (he is in his 70’s) and it resembles how he looked on the stage signing books when he was in Eastern Kentucky a few years ago when myself and a whole group of Unbelieving Scum™ made the 5 hour trek across Kentucky to see him.
Up until now I have stayed out of commenting on the Dawkins twitter flaps, but given other free speech issues happening recently with Sam Harris on his supposed sexist remarks which I shot my mouth off about on Facebook last night, and now the protest at Yale over Ayaan Hirsi Ali‘s upcoming speech, I felt like a bit of analysis and commentary was in order.
For a good synopsis of the pedophilia-rape-Islam/science tweets of 6 weeks ago check out Hemant Mehta’s summary and commentary, Richard Dawkins, Again, Shoots Himself in the Foot on Twitter.
Despite being fellow non-believers and having had the pleasure of meeting Hemant a few times, I gotta disagree with his take on all this.
Here’s Dawkins pedophilia Tweet:
“Mild pedophilia is bad, violent is worse, if you think that is an endorsement of mild pedophilia, go away and learn how to think.”
Hemant felt Dawkins shot himself in the foot and Amanda Marcotte expressed similar sentiments.
I couldn’t disagree more.
Let’s analyze this a bit, shall we?
If you take Dawkins’ own personal experience for example, he was fondled once by an adult, and though it was disgusting and degrading, as he has said it left no permanent psychological effect. So if any person had a similar experience, one time, short, however awful, we could it easily say it was an instance of mild pedophilia. On the other hand lets say another person related their experience that as child they were systematically anally raped over the course of a number of years by the same priest, from age 8-13 until the priest was transferred away to another parish. This scenario should be an abject fantasy but it so characteristic of so many testimonies from thousands of people from so many times and places it boggles the mind. Be that as it may, not only was the sexual violation disgusting and degrading but the child was left in pain and often bleeding after each encounter. The person carried this secret around for years and after extensive therapy still has nightmares. I don’t think any of us would have a hard time saying “Yeah, your experience of pedophilia was violent and incomparably worse.”
Any one of us making that obvious comparison would in no way be condoning the mild instance as happened to Richard, nor denigrating either experience in anyway.
Hemant’s “mild decapitating” comparison doesn’t work, although one could have their head taken off a number of ways and maybe it could be dragged out over seconds (minutes? doubtful) the experience can’t be repeated and the outcome is quick and exactly the same for any unfortunate victim: removal of their head and death. The experience to a person of a pedophile assault could be as short and transient and minimally damaging long term to the psyche as Richard’s or as prolonged and painful as the child rape example, or a whole range of traumatic experiences in between. The short and long term effects of decapitation are the same for everyone. There can be no “mild form” of decapitation.

I think Richard used an excellent example to prove his point and get us thinking about a difficult topic which we should be able to discuss as readily as any other.
And the logic is sound.

His rape Tweet: “Date rape is bad. Stranger rape at knife-point is worse. If you think that is an endorsement of date rape, go away and learn how to think.”
For a similar scenario:
If one of your female friends said, “Yeah my fucking ex came over, got me drunk, I passed out and the sonofabitch screwed me and left. I haven’t seen him since and will make sure I never do. He pulled that shit a couple times while we were dating when I didn’t want to have sex, one of the main reasons I dumped him.”
She was raped to be sure and it would be disgusting and degrading to any woman. Now consider that another woman upon hearing this opened up that years before at a college party she was systematically raped over an hour or so by five guys, two of which punched her repeatedly when she attempted to resist. Therapy has diminished the impact but she is still suffering from hyper-vigilance and the occasional flashback. And still feels incredibly violated. Anyone listening to the two women relate their experiences would once again have no hesitation saying “Oh my god that was incredibly worse” without worrying they somehow sanctioned the acquaintance rape of the first woman or demeaned her ordeal in any way.
So whats the problem? None.

Lastly Dawkins tweet on Islam:
“All the worlds Muslims have fewer Nobel prizes than Trinity College, Cambridge. They did great things in the Middle ages, though.”
A true statement. Islam stifled it’s own Golden Age in a few centuries as sure as the Catholic Church stifled inquiry into the natural world for a millenia: Giordano Bruno or Galileo, anyone?
And the Islamic world has never recovered. It desperately needs a reformation.
Only two Muslims have won Noble prizes in science: Abdus Salaam in physics and Ahmed Zewail in chemistry.
Pervez Hoodbhoy, noted Pakistani nuclear physicist has this to say on the subject:
“Science in Pakistan, as well as in the Muslim world, barely exists today. No major invention or discovery has emerged from this one-fifth of all humanity for well over seven centuries now.”

Hemant’s take on Dawkins tweet:
“The point is about religious oppression, not the intellectual capabilities of those who follow Islam, but how do you not realize your Tweet might be taken the wrong way by those who refuse to give you the benefit of the doubt?”
Really? How do we expect Islam to ever change and moderate as Xianity did if Hoodbhoy, Dawkins, Hirsi Ali, and Mayam Namazie and others don’t point out the obvious; consciousness raising about the blatant facts of the matter involving Islam regardless of offending some of those within that religion.
Should the Freedom Fighters of the Civil Rights Movement in the 1960’s just up and quit because they horribly offended all the good white Southern Xian folks who were incensed that those uppity “niggers” didn’t know their place anymore? I think not.
I don’t think Dawkins worried too much who might have been offended by pointing out the obvious about Islam and science… as he shouldn’t have.
I think our political correctness sensitivities have gone overboard and we worry entirely too much over who is butthurt or not.

Hoodbhoy again: “At Quaid-i-Azam University in Islamabad, where I teach, the constraints are similar to those existing in most other Pakistani public-sector institutions. This university serves middle-class Pakistani students and ranks number two among universities belonging to the Organization of Islamic Countries, with 45 members. My campus has three mosques with a fourth one under construction, but no bookstore.”
That says it all. Do you think Hoodbhoy was worried about offending his fellow Muslims?
He KNEW he was! He is trying to help them out of their self-imposed medieval stagnation.

Hemant closes with:
“I’m a fan of Richard Dawkins. I know he means well. I know exactly what he’s trying to say. But damn, it’s annoying having to defend him. More importantly, I shouldn’t have to! This is someone who once held a position promoting the “Public Understanding of Science.” He ought to be an expert in communicating ideas to the public. On Twitter, though, where he assumes everyone will be charitable with their interpretations of his comments, he’s completely out of his league (or wildly naïve). Can someone please stage an intervention?”

I’d suggest Dawkins knows exactly what he is doing and doesnt give a damn who is frazzled by it.
He’s not in the least naive, nor out of his league. He is making controversial points trying to get folks to think every bit as much as any argument against religion he made in “The God Delusion.”
There is no need to defend him and certainly no need for an intervention.

I’ve also read other comments to the effect he should shut up because he represents the Atheist Community. That’s bullshit as well.
Dawkins represents Richard Dawkins in those tweets. He represents Evolutionary Biology in his scientific works and represents Atheism in his secular non-belief books. We non-believers can agree or disagree with him on any of these subjects, including his tweets whether he is the world most prominent atheist or not. And I don’t think he’d have it any other way. He is a scientist and disputation, disagreement is what its all about.
Addtionally, the secular movement is not a religion, there is no hierarchy, no central authority. Dawkins isnt the Pope, expounding on what the faithful must believe.
And I would guess he doesn’t give a fuck if anyone is “charitable” in the interpretation of his tweets or not. He is challenging our thinking and very directly. Bravo.

I dont think he shot himself in the foot at all and I suspect he doesnt care if anyone thinks he did.
Victor Stenger, recently deceased, didn’t pull punches either and when you get to be an old fuck, you care less and less about someones “sensibilities.”
Richard made some sound logical points about rape, pedophilia, Islam, science.
Get over it.