So I haven’t blogged in a week. But I follow Jerry Coyne‘s website WEIT (Why Evolution is True) daily and skim over Hemant Mehta‘s “Friendly Atheist” blog and PZ Myers’ “Pharyngula” and of course Richard Dawkin‘s own RDFRS (Richard Dawkins Foundation for Reason and Science) every few days to keep current on all things secular. Its hard not to notice a real backlash against non-belief from the religious, the media, even from within the non-belief community itself. 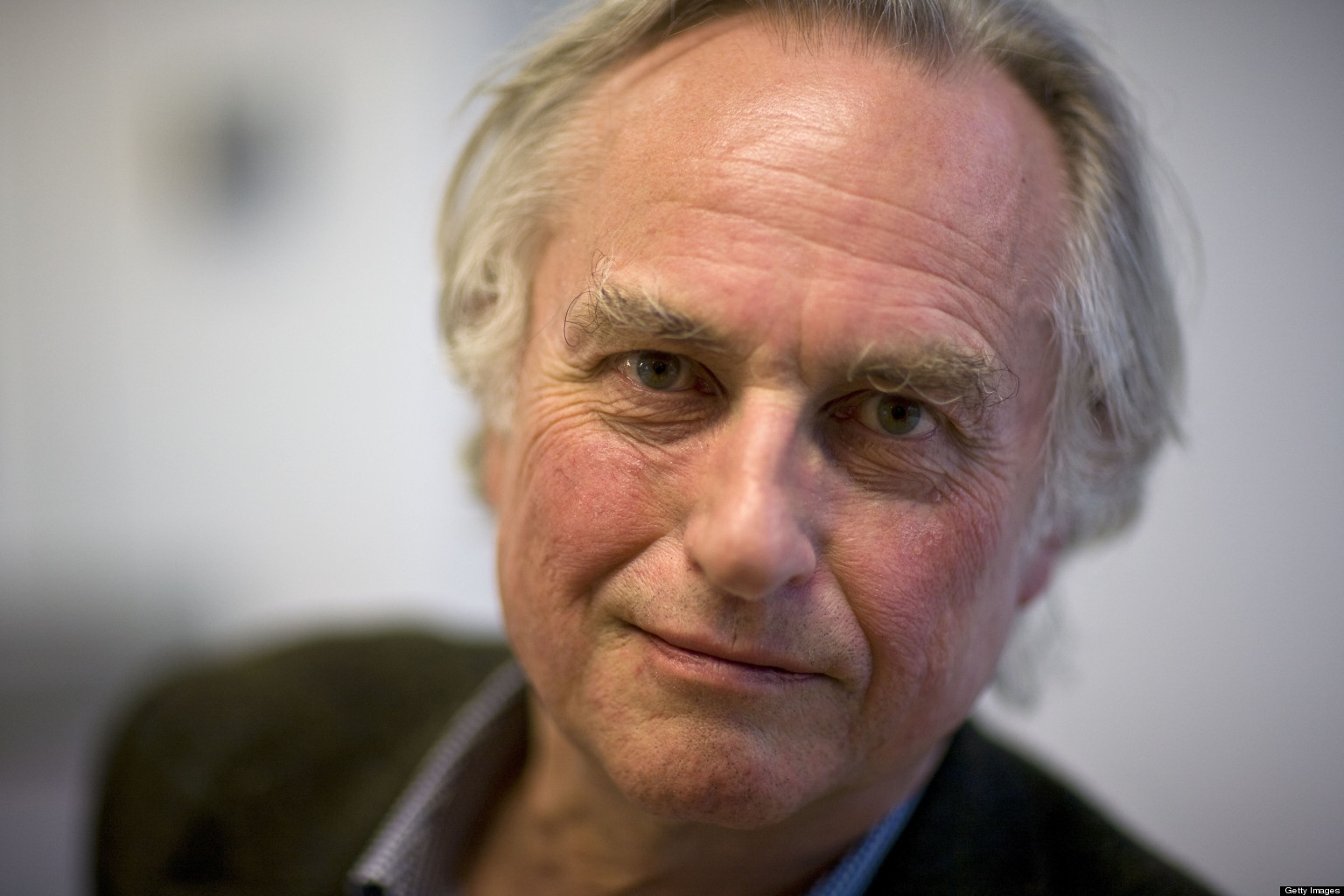 Richard Dawkins.
I commented before on Dawkins’ tweets about 2 weeks ago and recently have read snippets of controversy over Michael Shermer‘s dating habits/ alleged improprieties and Sam Harris‘ alleged rampant sexism, and then through WEIT a whole spate of articles taking us Unbelieving Scum to task. Atheist bashing is in full swing and much of it is directed at Dawkins from within and without the secular community.
One reader suggested it is part of a larger attack co-ordinated by the Xian leaning media to discredit the whole Atheist movement… an expected backlash to be sure, however sleazy and probable.

Others however have expressed the opinion that the “New Atheism” movement itself is floundering under the specter of infighting and male sexist leadership and as a result is losing much or all of its credibility and steam, imploding before our very eyes, collapsing under the weight of its own stridency…

The reaction, the counterattack from all corners is expected. This is a long haul proposition to change long entrenched cultural norms. And when you question ingrained ideas, the first reaction is emotional and pleading and mostly irrational. We don’t like to be wrong. Our first response to being challenged is one of defense and fluster, bluster. This will continue for some time.
Long held beliefs wont go away quickly fo’ sho’. It is something we all do when the distinct possibility we could be wrong, maybe even horribly deluded or lied to, is proferred.

Here’s a couple of brief personal examples:
1. I used to drink milk. Whole milk. Good wholesome, builds strong teeth and bones, All-American dairy industry family farm produced milk.
One evening in my 30’s while having dinner with a physical anthropologist friend of mine who specialized in the nutrition and diseases of ancient populations of humans he offhandedly observed “You know you are drinking one big glass of fat” as I downed my customary glass of whole milk or two with dinner.
I had just started delving into nutrition and weightlifting/bodybuilding to stave of what I saw as the onset of old age decline and weight gain so I was primed to discover what I could about nutrition but I was aghast!
How dare you diss my milk. WTF? You Communist! Milk is good for you. Dammit! I recoiled at the suggestion that my glass of milk might be less than optimal nutrition for an adult American trying to maintain a youthful weight. I was really defensive, almost hugging my glass to my chest and turning away in protective posture. Well, not actually but certainly in my mind I didn’t want to hear a cherished belief may not be entirely correct.

So after my emotional bluff and bluster, I looked into it for myself. I didn’t suddenly go vegan and decide milk to be evil and a complete scam promoted by the American Dairy Association, but I did switch to lower fat, eventually skim (no fat) milk and to cutting my milk consumption down considerably over the years. No big deal.
Silly as hell, but my initial reaction was emotional, not rational and taken as an attack on my sensibilities. How could some thing so given, so a part of my childhood and an unquestioned tenet of good nutrition, possibly be wrong or at least not nearly as unquestionably right as assumed?

2. Child Indoctrination: No, I didn’t indoctrinate children in the past, but I was raised Xian, Catholic to be precise. Not hardcore, rather relaxed and liberal, but church every Sunday, attending Catholic grade and high school with regular religion classes throughout, rosaries and St. Joseph statues, my first Communion, being Confirmed… the whole nine yards. No big deal.
Then I read Richard Dawkins’ “God Delusion” and despite agreeing with every bit of his “did he just dare to say that out loud” criticisms of religion, I recoiled at his damning of teaching children a religion, calling it child indoctrination.
WHOA. Well, now he’s just gone too far! How dare he. I mean I was raised in a religion, it is no big deal, of course you can teach your children your religion and only your religion, and as the only correct one without their having a say in the matter and no real choice to believe it or not.
Child indoctrination, really? How dare he!

Then I thought about it. Calmed down. Maybe only a matter of days and I was like, “He’s right.”
I was as susceptible to Cultural Inertia™ as the next guy. It really took me aback to hear “child indoctrination” the first time or to have someone dare question my precious milk!

Now, I am one of the biggest criticizers of child indoctrination in ANY and all religions. It heinous.
Catholic guilt, Evangelical fear of inevitable sin and hellfire, Muslim submission, Buddhist and Hindu delusions about souls and reincarnation… all of it, reprehensible as hell.

Questioning long-held beliefs, especially the indoctrinated ones really hits a nerve. It is why the backlash is so strong and why even mild-mannered Englishmen like Dawkins are called “strident.”
He is questioning, sometimes dissing, sometimes damning long held “unquestionably true” cultural beliefs, beliefs which have never been directly challenged. And the reaction is normal. No matter how soft you sell it, many will feel you are attacking them personally rather than their long held, often indoctrinated beliefs and will react uber-emotionally. Don’t doubt it. Expect it.
This will continue for some time. And non-belief will survive and continue to flourish, the New Enlightenment juggernaut will continue to roll on, grinding down the religious absurdities bit by bit.

What is really interesting is in all the backlash, there’s never a good argument, never a direct rebuttal. A lot of bluff and bluster and surely much more to come. But seeds of doubt are being planted. Education is the key, especially when it challenges previously unquestionable “truths.”
Some recent writers have suggested we back off, not be strident but “nice” and lower the intensity of the attack on religious absurdities, tone it down a bit, lower our voices.
Bullshit.
Turn up the volume.
Information Kills Religion to be sure. 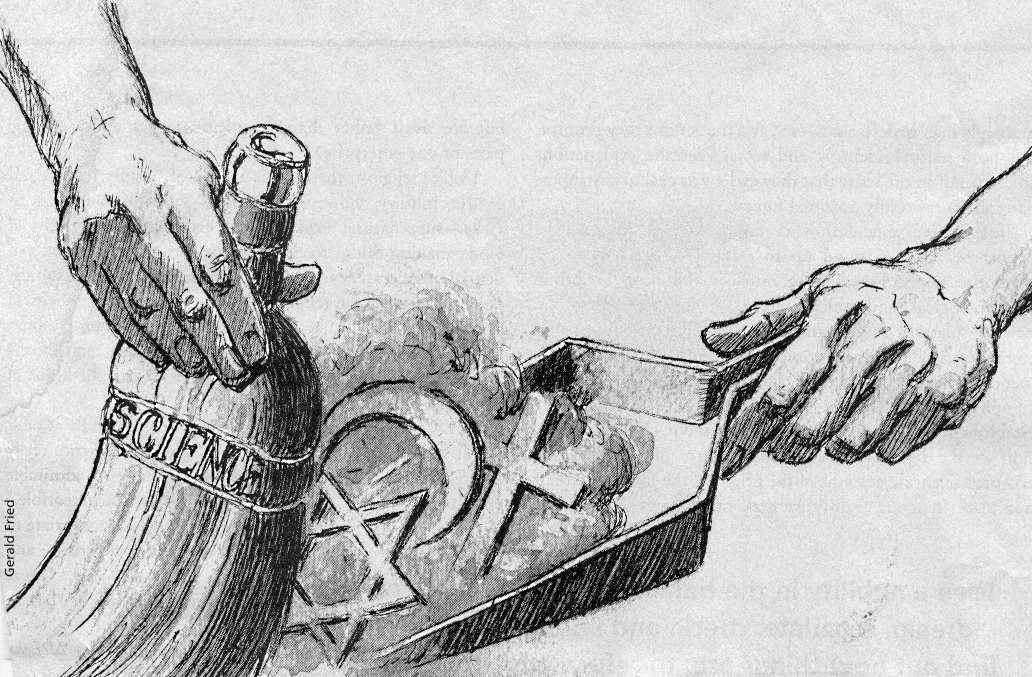