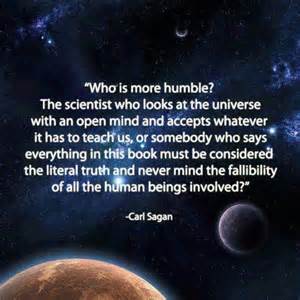 Well, no research, no rebuttal, no rant, no rave, no analysis, no reason.
Just “Thanks.”
This “Dispatches from the New Enlightenment” was just an exciting, maybe kinda sorta idea, “will I really do it?” kind of adventure imagined for months, and then it was reality a year ago like “Oh Shit, I gotta write 3-4 times per week, its a commitment, dig… what the fuck have I done?”
October 20th 2013 1st post “The First Dispatch.”
And tomorrow AM 1 year birthday for this blog… unfucking real.

195 posts, over 115,000 views and hundreds of subscribers. Upwards of 150,000 words of commentary and researched topics up the ying-yang… whoda thunk?

Hell, I was hoping for a couple thousand views by this time, a year down the road, maybe a couple hundred a month, like 2-3 folks reading my shit a day and I’d be thrilled to connect with people I don’t know, will most likely never know at all much less ever meet.
But over 2,000 views a month, regularly for 4-5 months now? Holy Moly!

And the plan was to see if my writing, that had some local following in the college newspaper where I occasionally submitted an editorial, and then was given a weekly column, would appeal to a wider audience… in order to gauge acceptance of a book in the making.
And the response has been beyond my wildest dreams.

And I just started the long process of courting rejection from agents and publishers in soliciting interest in my in-progress book “The Arrogance of Religious Thought“™.

Being an unknown first time secular author, every thing is negotiable: chapter titles, format, chapter length, illustrations, total words… you name it. I am a nobody and at the mercy of the publishing world…
But one thing is NOT negotiable:
The Title: “The Arrogance of Religious Thought“™.
I want you to see it from across the bookstore. The secularist will go “WTF? Hell Yeah!”
The folks on the fence will go, “Oh my that’s harsh“, but pick it up to see what’s happening.
And the religionists will be pissed off, appalled, angered, and maybe intrigued enough to take a look and maybe get just a bit of perspective they might otherwise never be exposed to… then throw it down and complain to the manager cause they could see it from the aisle they were in “Christian Fiction” (ain’t that redundant!).
Its allgood.

And it’s the theme for our show tonight boyz and girlz, and for the decade, for the millennia.
We must recognize and admit to the absurdities, repressions, delusions, and cruelties of religious thought and put it to bed with other bad habits of human kind yet in its infancy (as Hitch would describe it).