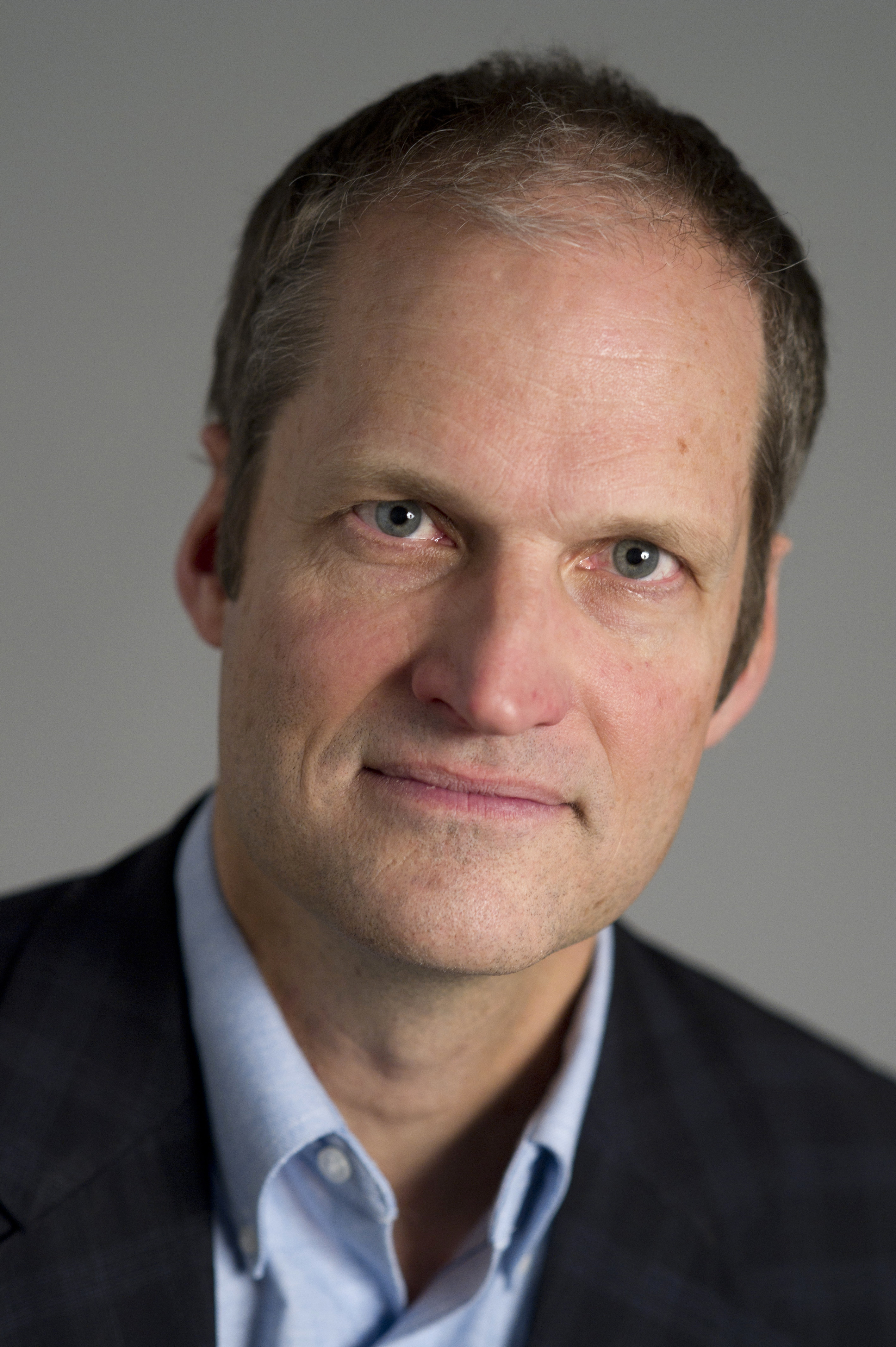 Stephen Prothero.
Dr. Prothero is a professor of the Department of Religion at Boston University and a regular contributor to the USA Today. His recent opinion column: Islam isn’t about good vs. bad, provided a number of apologetic viewpoints of Islam in response to the recent Maher-Harris vs. Affleck “discussion” of Islam on Maher’s Realtime:

Prothero seems to object to Maher and Harris’s characterizations of Islam. For example, Maher commented that ISIS was typical of Islam. Unfortunately, Maher is correct in that such extremist organizations are more typical of Islam than any other religion and they appear in dozens of countries: Hamas, Boko Haram, Muslim Brotherhood, Taliban, to name but a few. Pick any other religion and ask yourself how many extremist groups affiliated with that religion engage in beheadings, throwing acid in women’s faces, attacking girl schools, fly planes into buildings and promote world domination through conversion or conquest (or both) and aspire to the re-establishment of the caliphate with all non-Muslims being under sharia law and paying taxes to the Muslims in charge.

Extremism of this degree and extent is typical of Islam and no other religion.

Buddhist extremists tend to set themselves on fire and although their beliefs can be rather misogynistic, they don’t seem to throw acid on women or mutilate their genitals. Female genital mutilation (FGM) is a heinous practice adopted by the main schools of Sunni Islam which represent 90% of Muslims worldwide. So FGM is prevalent across the Muslim world as is violent extremism.
Jewish extremists keep stealing land from under the Palestinians to reclaim land given to them by God, according to their Bible, but they don’t seem to aspire to the whole world succumbing to their domination nor behead anyone who either gets in their way or doesn’t practice Judaism correctly.
Muslim extremists seem to attack fellow Muslims who don’t do Islam right as much as they attack anyone else. Hindu extremists operate within India and are mostly nationalistic in fervor and cause little trouble outside of India. Christian extremism has subsided since the “Troubles” of 1970’s Northern Ireland where daily bombings between Protestants and Catholics were the sole significant reminder of times gone by when the warring factions of Xianity once beheaded each other with ISIS like vehemence (See: Religion: Let’s Stick a Fork in It!).

Prothero also doesn’t seem to like Harris’ statement that “Islam is a motherlode of bad ideas.”
But it is. And that’s hardly a racist remark as Mr. Affleck protested. Besides the quibble that being Muslim crosses every racial category and Islam isn’t a race but a religion, Harris’s statement is factually true. Spot on, in fact.
A few examples:
Misogyny, practiced as control of every aspect of women’s lives, from dress, behavior, mobility, education, and sexual repression is unparalleled by any other religion compared to Islam.
When is the last time you heard of a fundamentalist Xian group cutting the labia off of their little girls, throwing acid in women’s faces for various infractions and dishonors or shutting down a girls school with a poison gas attack? What predominantly Xian country wont let its women drive as enforced through the extreme Salafist/Wahhabi Islam interpretation of Saudi Arabia?
I’ve blogged on the sorry state of science in Islamic countries before.
Scientific progress has been halted since the end of the Golden Age of Islam almost a millenia ago. Why? It’s in their book. It is due to strict adherence, reverence, the absolute authority of the Quran above all new ideas. Science has been snuffed out in Islamic countries from an abhorrence of secular ideas and inquiry beyond study of the Quran and the Hadith.

Aayan Hirsi Ali describes Islam as a “mental cage.” The commonplace pervasiveness of Islam’s stifling grip on daily life is eloquently described in my previous post by Nonie Darwish.
And one can read about the regular occurrence of such repressions and atrocities at numerous ex-Muslim websites such as Maryam Namzie’s blog every day of the week.
No other religion can boast of the number and extreme level of medieval practices drawn from its writings carried out daily within nearly 50 Muslim countries and in Muslim minority communities around the rest of the world.
Buddhist, Hindu, Xian, Jewish honor killings? Rare or non-existent compared to the regular occurrence of same around the world, wherever Islam exists.
Beheaded for hashish smuggling, even sorcery? Saudi Arabia. Stoning for adultery and other crimes? 13 Islamic countries consider it legal and proper. Executed for apostasy? Last month thanks to ISIS, but also in Saudi Arabia. Death for blasphemy? And pray tell where do such ideas originate?
“For other crimes, the punishment is usually up to the judge, employing his own interpretation of ancient Muslim texts.”
Saudi Arabia steps up beheadings; some see political message.
All of the above repressions and atrocities I have cited from the beginning of this post are exclusive to Islam and not the work of merely a few extremists. If this incomplete list isn’t a “motherlode” I don’t know what is.
Are all Muslims terrorists? No. And who but a few right-wing Xian nutjobs have ever made that claim. Not Harris, not Maher.

Dr. Prothero then offers the Westboro Baptist Church as an example of Xian extremism for comparison, of taking ones scripture too seriously as overboard as any Islamic terrorist. Although Fred Phelps and his tribe were certainly reprehensible and insane I don’t recall Fred and the Phelps clam beheading any fellow Xians, gays, apostates or drug smugglers and displaying their heads on a fence in downtown Wichita.
Oops.
Dr. Prothero’s apologetic stance in defense of religion and the religious seems to cloud his reason utterly.
Prothero then cites a 2013 Pew Research survey reporting that “72% of Muslims say violence against civilians is never justified.” That figure is a global median according to the PEW report, its not an average figure as Prothero seems to report.
What is striking from the same survey is the fact that in some Islamic countries “26-40% of the population feels violence against civilians is sometimes or often justified.”
No other religious group reports that sort of complicity with violence.

Lastly Prothero trots out the old Xian apologetic trope of “the murderous ways of atheism“, to get back at Maher, using Stalin’s horrors as his example. Stalin like ISIS and other Muslim terrorists killed for ideas, for an ideology, an unwavering political one. It wasn’t due to his non-belief in a god. He killed plenty of fellow atheists who didn’t tow the party line and killed millions through his pogroms and insane social upheavals and ham-handed attempts to restructure agriculture and industry regardless of their religious inclinations or lack thereof. Whether someone also discarded god as he did didn’t save them from starvation or the gulag.
Ideologies kill and Islam is one of the most stifling and cruel of ideologies ever invented.
Xianity was just as bad for a millenia or more up until the 1700’s.
Islam, having never undergone a Reformation and not existing in post-Enlightenment cultures is caught in a repressive and violent medieval time warp unparalleled by any other religion as it is practiced today in the 21st century.
It is time we face up to that.
Dr. Prothero’s apologetics are nothing but denial to save face for religion.

One thought on “Islam and Apologetics”