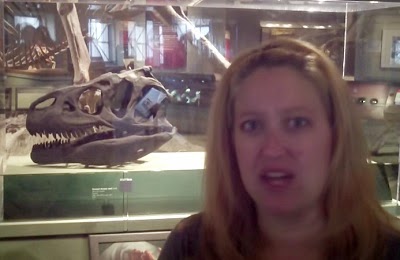 “Creationist Mom” Megan Fox (no relation to the actress of the same name).
“I don’t know how to say this word (eukaryotes) so Ill just pretend how to say it.”
Ouch.
Megan’s video wandering thru Chicago’s Field Museum denying the evolution exhibit garnered over a million hits in a few weeks. You can view it here.

Hemant Mehta (The Friendly Atheist) is from the same area in Chicago where Megan is stirring up all sorts of controversy besides her museum tour, so he’s got a personal take on our Ms. Fox and her activities that is very informative.
Hemant’s 3 minute video about Megan here.

And there’s Jerry Coyne’s review over at WEIT.

Megan’s video is largely a 30 minute rant about how wrong the “Evolving Planet” exhibit has to be, proclaiming “How do they know?” repeatedly when she sees or reads something that she doesn’t believe and/or understand. As she walks and talks it is painfully apparent she doesn’t know much about biology, evolution or basic science. Yet she just as obviously feels more than justified, in fact is decidedly compelled to diss what she sees whether she knows anything about it or not. How arrogant is that?
She didn’t learn this obnoxious attitude from her kindergarten teacher, nor in grade school or high school nor from any of her teachers, not from TV, nor her peers.
There is one source of such arrogance, and that’s religion. 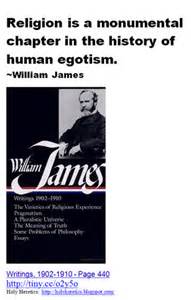 Ms. Fox’s level of consternation is a bit extreme even for a supercharged Creationist like Ken Ham or Ray Comfort to be sure, but I can’t call her a douchebag or an idiot or any other number of names secular bloggers and their commenters have. I will call her ignorant and her attitude and behavior arrogant, …but that’s what she has been taught.
That is a viewpoint she has been specifically taught by her religion. Additionally all the science she is ignorant of is the other half of the problem and the fault for her arrogance and her ignorance as well lies solely at the feet of her Conservative Xiansanity(TM). A few commentators have described her as a fundamentalist Xian altho her various bio’s on the Net and even her own YT channel do not state just which religious group she belongs to. However, her Creationist comments, her belief in dragons and obsessive fear of porn among other concerns that she features on her YT channel all belie a very Conservative Xian indoctrination, whatever particular denomination she may be associated with.

“I don’t claim to know how to say this word, so I’ll just pretend how to say it”

and then proceeded to diss and deny all that intricate detail the exhibit displayed about how we know and discovered how fluids behave when it was obvious she not only didn’t know how to say the word, but had no clue what it referred to (the fact that some liquids get less viscous the more they are shaken).
Picture that while she continued to deny what she was reading it became painfully obvious she didn’t know much if anything about fluid mechanics or physics or basic science at all.
Would anyone listen to her disparage information she obviously knew nothing about?

Would Megan even dare to have the 24 karat chutzpah to diss fluid mechanics when she hadn’t studied it enough to pronounce its terminology or hold even a minimal understanding of it’s basic concepts?

I’ll wager she wouldn’t be as arrogant on any subject except those her church has told her she is absolutely in possession of absolute truth about. She is doing exactly what she was taught.
She’s been hosed, horribly lied to by those in her church she trusts. That’s how religious arrogance is transmitted one generation to another.
And this is not a property solely expressed by “fundamentalist” or “extremist” religious sects, nor exclusive to Xianity…it is part and parcel of all religions, a fundamental property of ALL religious thought:
Believing in absolute truth and thinking you know things you don’t.
ALL religions exist on and promote this arrogance. “Souls” “reincarnation” “heaven” “hell” “eternal damnation” “prophecy” “divinity”
and my favorites “my god is real, yours isn’t” “my book is true, yours isn’t”…
How more arrogant can one get? 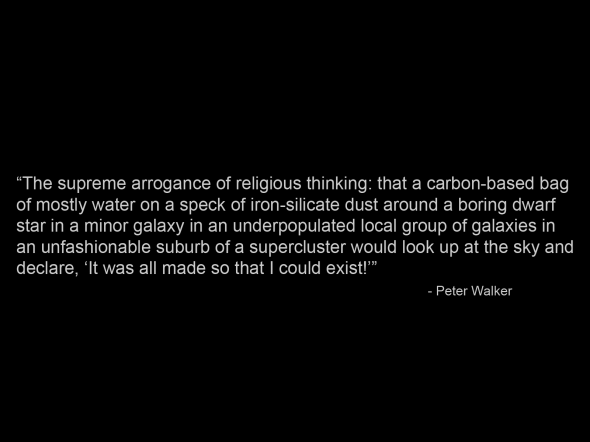 Bet she wouldn’t tell her plumber how to fix the tap, or the mechanic how to fix her car. I’d wager like any normal person of reasonable intelligence (that I believe she is) she would defer to their knowledge of the detailed facts and processes of areas of knowledge that they are competently trained in and she isn’t.
But she will argue vehemently all day long about biological data and processes she knows nothing about because her religion tells her she knows better.
While most religious folks who identify as a member of some religion or another and however committed they may be to the beliefs of that religion…they aren’t quite so arrogant in their behavior like our Ms. Fox is, but their religious thinking is.
Merely to belong to a given religion you have to think you have special truth that the majority of humanity does not have and whatever all the others were taught and believe is hopelessly wrong. And the worst part is, religious claims like the few main ideas all religions promote in one version or another listed above…have no evidence to support them whatsoever. Religious claims spring from the prominent myths of any given culture. And those surviving myths are just that: myths. There is no more evidence for Jesus and his resurrection and the world’s salvation than there is for the eternal reincarnation of one’s soul until nirvana is achieved ending the process.

The arrogance of religious thought is an inescapable characteristic of all religion, some folks just show it more than others.