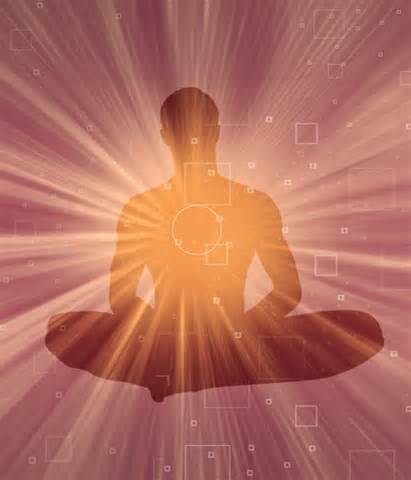 The soul, the inner essence, the self that is said to exist apart from your body that all religions teach unquestionably exists and has some sort of afterlife awaiting it, maybe even existed forever before you were born.
The soul is considered a separate eternal incorporeal spiritual entity, that is the real “you” that contains your personality, intellect and memories and has some manner of afterlife waiting for it.
A nice review of the religious viewpoints starting with the nearly 4,000 year old Egyptian ideas of the “ba” is in wikipedia here.

A good short review of the secular view of the “self” and the idea of our essence can be found at this TED video by the philosopher Julian Baggini here.
Although not directly addressing the soul or afterlife, Julian gives a good rendering of how we easily slip into thinking of a soul-like essence, a separate self where our personality, intellect and memories reside. Julian’s explanations drawn from psychology and neuroscience hint at why the ideas of soul as well as the separate self have had such appeal and have hung around for so long.

An equally decent short wiki discusses different religious ideas of the pre-existence of the soul
here.
From Hinduism: “Never was there a time when I did not exist, nor you, nor all these kings; nor in the future shall any of us cease to be.”

Judaism and Xianity don’t buy this line of reasoning however, claiming god makes souls at or near conception and reject the idea of pre-existence. In 553, the Second Council of Constantinople laid it down for all future Xianity to heed: ‘This ecumenical Council explicitly stated “If anyone asserts the fabulous pre-existence of souls, and shall assert the monstrous restoration which follows from it: let him be anathema”.
(Anathema meaning cursed by ecclesiastical authority and dedicated to evil). Well, alrighty, then.

From Joe Smith founder of Mormonism: …“the soul—the mind of man—the immortal spirit. Where did it come from? All learned men and doctors of divinity say that God created it in the beginning; but it is not so: the very idea lessens man in my estimation…We say that God Himself is a self-existing being…Man does exist upon the same principles…[The Bible] does not say in the Hebrew that God created the spirit of man. It says, “God made man out of the earth and put into him Adam’s spirit, and so became a living body.” The mind or the intelligence which man possesses is co-equal with God himself…Is it logical to say that the intelligence of spirits is immortal, and yet that it has a beginning? The intelligence of spirits had no beginning, neither will it have an end. That is good logic. That which has a beginning may have an end. There never was a time when there were not spirits; for they are co-equal with our Father in heaven.”

Islam agrees with Joe Smith (or is it the other way around) not only on the righteousness of taking multiple wives but on the pre-existence of the soul as well.

Read the Hindu passage again, and the edict of the Xian Second Council, and Joseph Smith’s decided pronouncement…and try to remember: they made it up.
They all didn’t and don’t know shit about whether a soul existed or not, whatever they have proclaimed about it…they made it all up.

There is absolutely no evidence from anywhere, anytime that a soul containing the unique intellect, personality and memories of any one of us pre-exists our development through childhood and adolescence nor exists beyond the death of our brains. Period. Fullstop.
All else is speculative bullshit. It is time we taught our children that knowledge instead of indoctrinating them with 4,000 year old ideas that were wrong then and worse than wrong now as we have milliennia of evidence to the contrary.
Religion is a source of unparalleled delusion. Julian Bagginni’s perspectives on the persistence and appeal of the idea of self explain a lot about our propensity to buy into religious ideas of “soul” as well.
End Religion Now.