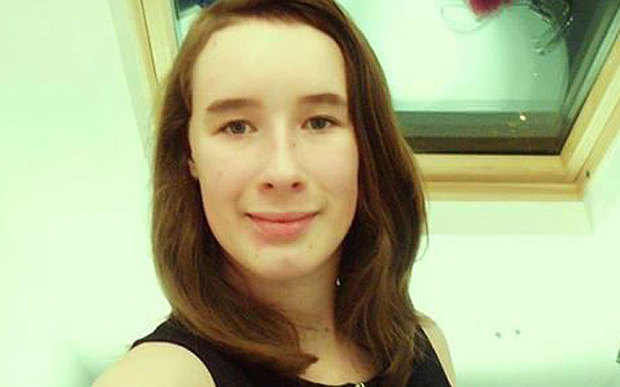 Lizzie Lowe
From the Telegraph (UK) Christian teenager takes own life.
Ain’t the first time, wont be the last. All Xians who believe in that nasty little book full of cruel primitive thinking should apologize for another kid worried about their sexual orientation not being compatible with their Xian religion and taking their own life, contemplating taking their life or suffering with the thought of burning in hell, displeasing their parents, or god, or fellow Xians.

Even if you as a “liberal” Xian don’t believe in the “clobber passages” of the OT and NT, if you still uphold that book as some repository of “truth,” revealed or inspired revelation from the Xian god or some other version of such speculative nonsense….you owe all gay kids an apology.

Upholding that the Bible has any sort of wisdom or commands of some god,
for which you have no evidence promotes the assumption which holds that nasty little book has some truth to it and leaves kids all over the world in despair to some degree about their sexual inclinations and behavior, some enough to kill themselves over it, like this poor girl and thousands like her.

All for a fucking book. A book that even hard-core Xians ignore so many passages already as mere pronouncements of a primitive culture from a barbaric time, the ones that promote slavery and genocide and death for heresy, yet still cling to other passages as “commands of god” which although equally absurd can drive a child to suicide.

You all should be ashamed of yourselves for perpetuating such madness. Apologize.

Let’s dump that horrible little book now,(and others like it) before belief in it kills anyone else, or ruins anyone else’s life.
It’s time.
End Religion Now.