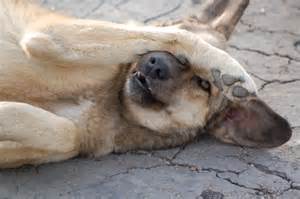 FUCK ME.
I got two of ’em now. More to come, no doubt. Nothing ugly, yet. Mutual victims of lastword syndrome? Could be. I suspect it is deeper than that. It is for them. Man,do they get torqued. At first they just tell you you’re wrong. Then stupid. Then a bit more ad hominem. Escalates into “idiocy” “stubborn” and being told you and your ideas belong in the circus! That was the classic.
But it seems once that’s done with, that venting, the real emotions underneath the anger come out and you turn into their fricking counselor. And that’s after they declare the conversation’s over…yet they engage again and again frustrated as hell…
And I get the dialogue I want.
I don’t expect to win. I don’t care, truly. I just wanna present information they have never heard and in their frustration to convert me they give me yet another opening. I’m not the evangelist. And they keep talking and bitching and declaring me stupid, that they already won…giving me another opening to plant another seed which will sprout another sprig of cognitive dissonance, either now or sometime later.
And a seed is definitely planted fersure, cuz then they come back atya even more pissed off. They are desperate. I’m not. Their entire worldview hangs on a thread they don’t know has already been cut.
Somebody brainwashed these poor jamokes and they are incensed that their god must exist (to hell with anyone else’s), their book must be right (screw EVERYONE else’s), I must be wrong, I HAVE to be, they MUST be right, Evilution must be false, Morality must be, 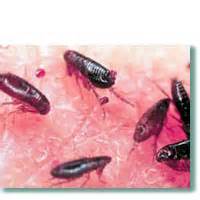 I got two.
One with 11 emails after informing me “this conversation is over” exchanging fire, trading shots all afternoon.
The other an ongoing skirmish, potshots over months.
Days of all quiet on the Western Front. Days of rage on the front lines of Facebook posts and replies, and replies to replies to replies.
They are so desperately wanting to be certain, they just HAVE to win, to refute you, to convert you.
Because your mere existence as a nonbeliever and your secular ideas challenge their very soul (literally). I just keep throwin ’em bones to chew on.
Like the unbelievable Jim Jeffries, I aint worried who’se been hosed:

Who in the hell did this to them? They were not born this way, this consternation did not spring de novo at age 5. Betcha they weren’t this fervent in grade school. Youth ministers, preying on the emotionally vulnerable and cognitively immature adolescents? Is that when they got hornswagalled? Maybe it was later, maybe it was earlier but their entire raison d’etre hangs on Evilution, a shared or progressive Morality, the Big Bang, other Religions, Non-Belief TO BE UTTERLY WRONG.
THEY MUST DEFEAT MY EVERY ARGUMENT. Their sanity depends on it.
I keep throwin’ ’em bones. I don’t hate them, even when they get obnoxiously angry…it’s not their fault. I wouldn’t dare suggest they get a load of that 30 second clip of Jeffries above or God Forbid the clip below!!! It would freaking kill them, abject apoplexy, they’d blow up from the inside out…

This attack on religion would disturb some of my Xian friends beyond belief (pun un-intended). Hell, it really upset some of my atheist friends!! They’re not ready for this. Not for this guy, not Jeffries, not yet. Its not their fault. It is the fault of the DB’s that did this to them, that hosed them into religious arrogance, its not their fault.
Everyone tells me that I will never convert any of these hardcore folks. That I am foolish to answer the new flea’s emails and keep up the running gun battle with the street preacher on Facebook. That all of us secularists are really aiming only for the people on the fence, the moderates, and to pump up the questioners and nonbelievers and keep the movement going. Maybe, maybe not. Or maybe not right now.
I just do not buy that argument. Maybe not the Ken Hams, Ray Comforts, Haggards, Robertsons, Osteens and all the other conmen who know exactly what kinda scam they are running. (think Joseph Smith and L.Ron Hubbard as shining American examples of conmen who KNEW, PLANNED on building a new religion). They knew their marks.

But I’ve read too many stories, met too many in person who were once every bit as bullshitted, just as conned, just as certain or desperate to be, every bit as arrogant and smug in their obnoxious evangelizing, proselytizing Xianity: Dan Barker, John Loftus, Jerry DeWitt, and 3-4 folks I know personally who were just as deeply in the fold, unquestionably as much, as arrogant, as desperate for it to be right, as my two fleas… and now they are clear-headed non-believers. 100%. A full 180 turnaround. It happens. Maybe a lot more than we realize. Not everyone writes a book about it. And a great many of them may still live in the Xian cocoon and keep their mouths shut accordingly.
These guys I’m skirmishing with are in their twenties at most, who knows where their heads will be in 10-15 years?
Read Dan Barkers “Godless“, Jerry DeWitt’s new book “Hope after Faith“, those two didn’t just change overnight, it took time, years, a decade or more and a lot of accumulating evidence and slowly growing dissonance.
If you had met either of them in the midst of their belief at the high point of their “Xiansanity”™ you would never think they could, or would change, not in a million years, no different than my two fleas.
So I keep the dialogue going, keep throwin’ ’em bones, keep plantin’ those seeds, keep firing salvoes across the bow, keep exchanging fire. Chew on this. 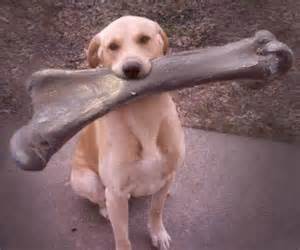