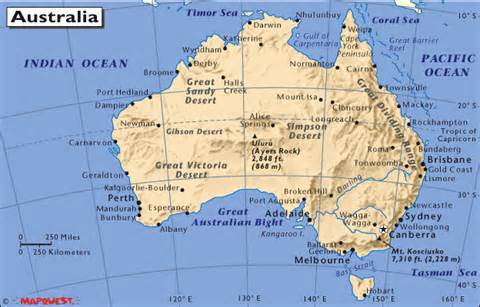 DISPATCH FROM DOWN UNDER
(WAZ note: “I have a penpal from the other side of the world who is a well educated secularist, teacher and writer who has graciously agreed to share her thoughts on the New Enlightenment from the jewel of the Southern Hemishpere. So here it is, my first guest post, and from Oz!)

ON COGNITIVE DISSONANCE:
It’s with some trepidation that I embark on my first venture into a culture other than my own. Australia and the U.S. have a lot in common; we speak the same language…well, almost. We have much the same cultural inputs and we contend with many similar arguments and debates on weighty topics such as politics and religion. It’s on the theme of cognitive dissonance that I’ve recently been spurred to action.

I’ll set the scene. Imagine a couple of friends of long term standing. They’re in accord by almost every measure; however, one particular understanding sparks disagreement. I’m of the view that at some level the modern believer ( not some yokel cut off from the rest of the world, but a first world resident in the twenty-first century), is aware that ‘It Ain’t Necessarily So’. http://youtu.be/dnlzG3TwY8g. My dear friend is of a contrary opinion, and has stated that the human mind is quite capable of separating the spiritual from the practical without losing a moment’s sleep.

This is the crux of our disagreement. The very point of conflict. Does the believer know at any level, that they’re living their life as if there is no god, no supreme being, no all-powerful entity ! Or do they not?

My email argument went as follows:

“When I first encountered the term ‘cognitive dissonance’ in the late seventies or eighties, it came with the understanding that a sort of tension was set up, and this tension was conducive to learning. My view is that the believer knows in his/her heart of hearts that religion is not true and does not gel with everyday experience. This would explain the insistence and rigour with which they seek to impose their view on any passing ‘agnostic atheist with humanistic tendencies’….ha ha! In general terms, a case of ‘methinks he doth protest too much’.

It would seem apparent that the creationist doctor can go into his/her place of work, examine the development of resistant strains of bacteria/viruses and then return to his/her stance of evolution denial at the end of the day. But at what cost? I think the adoption of these mental gymnastics imposes a cost on the thinker of such thoughts. I agree with the point of view regarding the ability to compartmentalize one’s thoughts and beliefs and this is well documented, but it must set up an internal struggle in my opinion.

Think back to the historical treatment of apostates; no crime received a more severe penalty than that of disbelief! Why? What is it to another individual that someone else is prepared to burn in hell for eternity by committing the thought-crime of disbelieving? This was the case in the western world for centuries and is the case in the east to this very day. It’s quite likely that this over-reaction takes place to quell the internal doubts of the believer. I think it’s the cause of some disquiet whenever a better explanation for natural events and circumstances filter through to the consciousness of such a person.

Science has provided the inhabitants of modern day countries with a set of wonderful, coherent explanations that are constantly refined and updated. It’s impossible to stay ignorant of such facts as this course of study is mandatory until year ten, in Australia. So….the modern day believer seems to deny the efficacy of modern medicine, and resists the quest to leave the confines of our planet in order to hold on to the notion of a creator god/goddess who answers prayers and performs miracles that breach the laws of physics. Perhaps such thoughts are not part of conscious thinking but they must manifest themselves at another level, in my view. These are my ideas alone and my explanations are supported by my own observations of human behaviour.”

At this point I left the argument because I could see that at times it’s better to agree to disagree. Had I continued it probably would have taken the form of listing the inconsistencies in behaviour such as looking at the road before crossing (thus foiling god’s plan), taking medicine in addition to praying for health. I could go on ad infinitum and I think you could probably add your own.

Organised religion seems to exist in an effort to bolster and reinforce a belief in the supernatural and the existence of a set procedure in gaining access. A sense of community and peer group pressure are useful tools to this end and once ‘group think’ takes over it must be hard for the individual to think things out for himself/ herself. When this does happen, the niggling doubts and obvious flaws in reasoning are more likely to take purchase. To my mind those thoughts are there, just below the surface; bubbling away, ready to take hold!

Regards from Down Under, 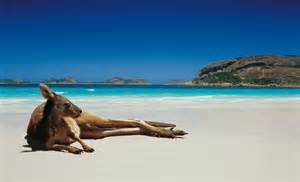 Please join in the discussion with your comments below!!!