Sarah Haider, Co-Founder of the Ex-Muslims of North America makes some excellent comments at the American Humanist meeting about what it is like to be an Ex-Muslim and take heat from both the Muslim community AND unexpectedly from a whole host of liberals worldwide who brand her and other ex-Muslims (and Bill Maher and Sam Harris) as Islamophobes.

She makes some telling points against the hallucinatory Muslim apologetics of Resa Azlan, who claims FGM (Female Genital Mutilation) NOT to be a “Muslim problem” but an African cultural one.
Despite Azlan’s claims, the practice is prominent in many Islamic countries and Muslim cultural enclaves in non-Muslim countries across Europe. From the WIKI on Religious Views of FGM:
“There are dichotomous differences of opinion among Sunni scholars in regards to female genital cutting. These differences of opinion range from obligatory to acceptable.” Over 90% of Muslims worldwide are Sunni Muslims and the 4 most prominent schools of thought either recommend or require the practice.

As stated above, NONE condemn the practice. Whether it started as a cultural tradition outside Islam or not, it has become a routine occurrence affecting some 130 million women worldwide, according to the ex-Muslim Islam-Watch source.

Also from the Wiki:”Fatwas in favor of FGM have been issued in many Islamic countries, some fatwas forbid FGM,(in one country) and some ambivalent fatwas have also been issued that leave the choice to the parents.” Again the vast majority of scholarly opinion in Islam is not at all against the practice but either promotes or requires it.

From another WIKI on FGM Prevalence Worldwide: “According to a 2013 UNICEF report based on surveys completed by select countries, FGM is known to be prevalent in 27 African countries, Yemen and Iraqi Kurdistan, where 125 million women and girls have undergone FGM. The UNICEF report notes FGM is found in countries beyond the 29 countries it covered, and the total worldwide number is unknown. Other reports claim the prevalence of FGM in countries not discussed by the 2013 UNICEF report. The practice occurs in Saudi Arabia, Jordan, Iraq, Syria, Oman, United Arab Emirates and Qatar”.

Clearly, given the number of countries involved and the lack of reported data from within many Islamic countries and cultures, the estimates all range well over 100 million women. Despite Azlan’s apologetics, it is a huge Muslim problem and worldwide.

Sarah Haider co-authored a critique of Azlan’s excuses which you can read HERE.
Sarah nails the apologists for Muslim violence such as the Charlie Hedbo massacre (which includes the current Pope) who understand the response to provocation:

Sarah then makes the point that the current spate of “Islamophobia” claims are due to the fact that it is a religion we are attacking for its blatantly repressive practices; homophobia, FGM, anti-Semitism, misogyny, death for apostasy,etc., etc. It is a very long list which I have posted on previously here and I could not agree with Ms. Haider more.

The liberals (and religionists like the Pope and other world religious leaders) who decry the attack on religion as “understandable” provocation for murder, are all disturbed over anyone dissing religion of any kind.
Sarah then makes another insightful point that religionists (my term) equate attacking religious ideas to attacking the person, the individual rather than the ideas, hence the term with racist connotations: “Islamophobe.”

This is at just over half way thru her talk and she’s not close to being done yet and I don’t want to steal all her thunder or poorly restate here eloquent arguments.
She goes on to give an excellent review of the history of violence in Islam, and the fate of Islamic reformers over the years.
It is at once highly informative…and chilling. And she delivers a concise history of Islam in the modern world. Don’t miss it. You will get a priceless education on Islam. 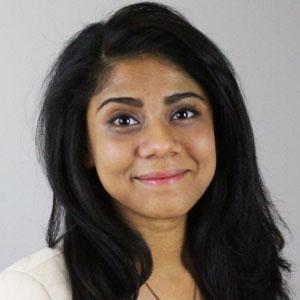 Do give Ms. Haider’s speech a look and a listen on YT. It is an incredibly brave and informative talk.

Her closing statement alone is worth the price of admission:
“We must remember there is no inevitable march of progress…”

Make sure you hear the rest.

One thought on “Islamophobia? NOT! Sarah Haider on Reform in Islam”