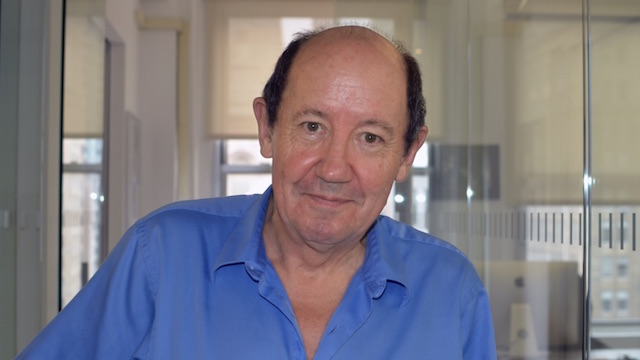 Dave Christian.
In an excellent

Dave is a historian born in Brooklyn, educated at Oxford and doing much of his work at MacQuarie University in Sydney, Australia where he currently resides. He began his work in Big History in the late 1980’s. Big History starts at the very beginning with the origin of the Universe and proceeds through cosmological, geological and biological evolution including all of human evolution and then into the rise of civilizations and writing (“historical times”) where History courses usually start. It runs through ancient and modern history including a lot more science than usual history courses. Due to it’s comprehensive scope and emphasis on the accumulation of scientific knowledge Big History really does provide more than just a walk through man’s entire history. It illustrates our place in the cosmos and our uniqueness among the other creatures on the planet.

I’ve written on Big History before HERE and that post includes a link to Dave’s TED talk on Big History which is a nice concise summary of the scope of the Big History subject matter. I was first exposed to Dave’s Big History in audio lecture format from the Teaching Company Great Courses. 48 lectures, 1/2 hour each, yes a total of 24 hours of incredible historical information and most importantly perspective. It was phenomenal.

Professor Christian:
“Could you teach a history course that began with the origins of the universe? That would be the way to give a sense of humanity as a single species facing shared problems in the modern world.”

Yes, you certainly can and in this Edge interview Dave really emphasizes the importance of this story as a unifying agent for all of humanity. A common and edifying narrative that tells the story of our species origin and historical development that transcends all of our previous divisive national and cultural histories. I think this function, this “side” benefit of Big History is but another important
piece to the New Enlightenment movement which is out to diminish religion’s influence another notch or two in years to come. Religions divide us arbitrarily as bad or worse than any political, nationalistic ideologies have now or in the past.

Professor Christian again:
“Years later I went back to H. G. Wells’ Outline of History. Right at the beginning—he wrote it at the end of World War I—he says exactly the same thing, that we need a history of humanity, because as long as we teach history as a story of competing tribes, wars are going to repeat themselves and all the horrors of World War I are going to repeat themselves. I’d stumbled on the same sort of idea: We need a history of humanity.”

Every culture. every religion has its origins myths that reinforce the idea that members of a given tribe, be it an ethnic group, religious believers or citizens of a national polity are somehow different, better, removed from the “others”. Defining “others” or outgroups is what our tribal tendencies are all about. Every culture thinks of themselves as the “chosen people.” Big History dispels that parochialism, that ingroup bias by supplanting cultural mythology and national history with comprehensive history and science that tells the story of us all as one tribe: the collective of all humanity that transcends cultural, ethnic and national boundaries.

We are one species, we could be one tribe. Big History is another piece to the puzzle of the global secular movement, this New Enlightenment, in its effort to replace millennia old religious origin themes which play up to our xenophobic tendencies with the real story of our species that unites us all.

Yes, Big History is our story and we all share in it equally. 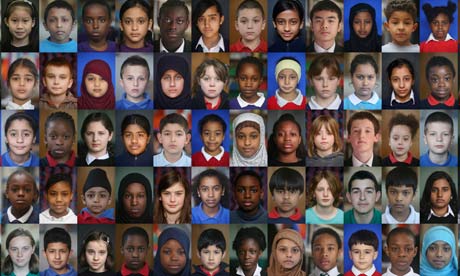 One Species, One Tribe.
Thnx, Dave.

One thought on “Uncle Dave Christian Nails It: Big History is OUR Story!”