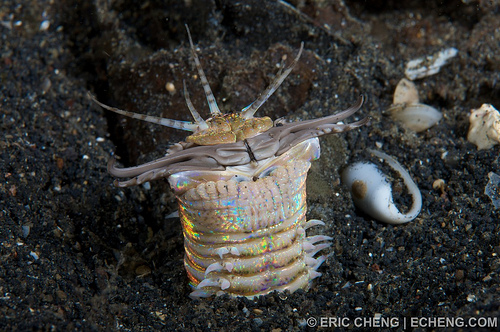 The Giant Reef Worm.
An ALIEN living right here under our oceans? Click on the link and see! It is a “don’t miss it” video!
If this is evidence for Intelligent Design, who the fuck is the Designer, Tim Burton? WTF! Just about anything that can evolve has evolved, I swear. The more biology I learn, the more I get exposed to the diversity and cold calculating predatory behaviors all up and down the food chain, the more amazed I am. Put a set of Tyrannosaurus rex jaws on the end of an alimentary canal and bury it in the sand? Oh sure, no problem! This all from the creativity and genius of a loving god…right.

The giant reef worm or “Bobbitt” worm is a real enough creature: Eunice aphroditis is the genus and species name and you can read all about them in the informative wiki on them.

Fuck me, it gets creepier! Check this charming little video out too, it is as scary as the first one:

Evidently this critter was the inspiration for the movie “Tremors” 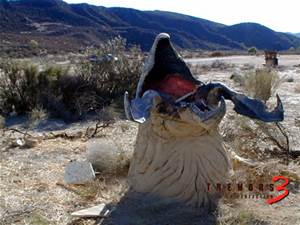 And it sure reminds you of this movie critter as well: 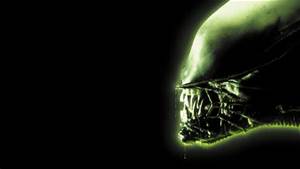 And Beetlejuice had to avoid these suckers. 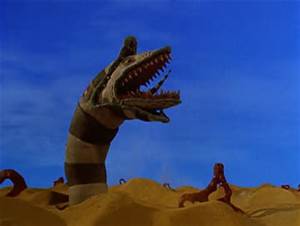 You wonder if Tim Burton got his inspiration from the real thing.
And this guy too resembles our little length of vaccuum cleaner hose with the vice grip jaws: 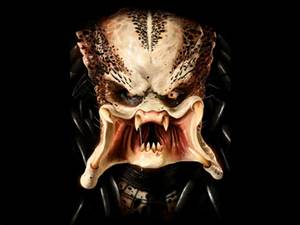 And cantcha just see Arnold looking at the real thing… 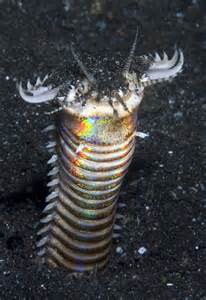 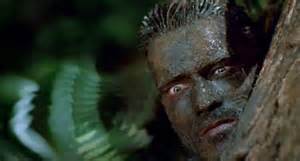 “You ugly motherfucker, what the fuck are you?”

Well, the giant reef worm being nicknamed the “Bobbit” worm has an even creepier and rather gruesome story behind it you just oughta read HERE.

Although this thing doesn’t bite the dicks off of its prey, it sometimes chomps on the fishies it eats so damn hard they snap in half! 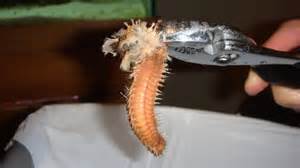 Nasty little prick isn’t it? They average around 3 FT LONG and can get even bigger!

I just got one question. Just where did Noah keep these little devils on the Ark, huh? Or the 200,000+ species of beetles. Or the wombat, the yak, or any of the 10-14 million species alive on earth today. Creationists like the entrepreneurial Ken Ham need to let evolution in through the back door of his personal cockamamie fantasy of life on earth by proposing “super-duper speeded-up” evolution to occur in the few thousand years after Noah landed so he only had to carry a few basic “kinds” that spawned the incredible biodiversity we find all around us.
Including our charming little sucklips monster of a trachea with legs and a mouth with its own blender on it. The mobile fish food processor!
Ya gotta love science and all we learn about this fascinating world we live in.
Religion just dampens the impact of our discovery of the real world by trying to shoehorn reality into an ancient and simplistic borrowed myth, massaged and promulgated by ignorant goat herders as the word of some god over 2 millennia ago.