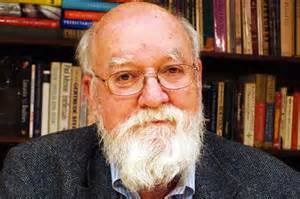 Dan Dennett. Philosopher of Science and Mind. Evolution Explainer Extraordinaire.
This past spring, Salon magazine published an excellent article on Dan’s thinking on the future of religion in the Information Age entitled The End of Religion as We Know It.
From the article”
“Our digital information age, he argues, is ushering in a “new world of universal transparency” where religious institutions can no longer hide the truth. To survive in an age of transparency, religions will need to come to terms with the facts.”

And from Dan himself:
“I think that we are now entering a really disruptive age in the history of human civilization, thanks to the new transparency brought about by social media and the internet. It used to be a lot easier to keep secrets than it is now.”
AND 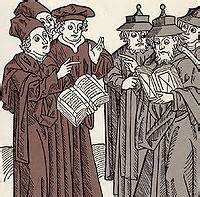 Religions cant control the program anymore. The first step away in the West was the Protestant Reformation, taking the Bible out of the hands of the clergy and into the hands of the vulgar masses. That started the downhill slide of buying into “scripture” as unquestionable truth.
Today in the Information Age, people in any religion, even from within stifling Islam can see for themselves how the rest of the world lives, often just fine and free as hell without the arbitrary, often ridiculous and too often downright cruel confines of religious thought.

Dan again:
“My own view is that we ought to pay attention very closely, gather as much evidence as we can, take advantage of the new transparency: learn, learn, learn, and in turn inform, inform, inform. Get the information out there.”
YOU BETCHA! Information Kills Religion, and the more info passing around, the more impossible it is to bullshit folks with absurd and obviously wrong religious claims anymore.

Dan on the trend of religious change and how accurate projections are:
“My suspicion is that they are underestimating the importance of this new transparency. It takes twenty years to grow a Baptist, and twenty minutes to lose one.”

My emphasis. damn, I wish I could write like that! What a great line.

20 years to BS a Xian, Muslim, Buddhist or Hindu. True information about any of these religions can dispel that indoctrination in a few short years, maybe not always 20 minutes, but for many it doesn’t take a decade or two of doubt, but only a few years of questioning and LEARNING of the truth about their religion, versus the “secrets” that had been withheld from them.

Consider a few quick facts about Xianity that you don’t learn in church, Bible study, Catechism or Vacation Bible School which we are not told of or straight up lied to about:
1. There are no eyewitnesses to JC in the Bible. None. The Gospel stories are written anonymously by educated Greek writers not Aramaic speaking, illiterate apostles, and decades after his “death.” No-one who ever allegedly met him ever wrote anything about him.
2. There are no corroborations of the Gospel deeds and sayings of Christ outside of the New Testament, anywhere in 1st Century historical sources. None. There are a few obscure and brief references to Christians, but no information at all about JC or his life and actions, the name Jesus is never mentioned.
3. At least six of the 13 epistles of Paul are forged, not written by him. Much of the negative aspects of Xianity such as its inherent homophobia and misogyny is drawn from these forged writings. Additionally, Paul never met Jesus, only saw him in visions and mentions none of his deeds or sayings as told in the Gospel stories written decades later.
4. The nativity and resurrection stories told in the Gospels are hopelessly contradictory and read like elaborated myth. Only 2 Gospels, Matthew and Luke which are contradictory rewrites of Mark relate the birth of Christ. Paul, Mark and John know nothing of Christ’s miraculous virgin birth.

This is just a sample of the information readily available on the internet and social media that can reverse the child indoctrination still carried out in Xian “education.” The is the sort of transparency that is effecting all religious belief, even the stifling Islam.
There is more than mere hope we can end all religious strife in the world sooner than a millenia or a few centuries by ending religion itself. Just maybe it is more than possible in a matter of decades given this “new world of universal transparency” that can reverse the secretive, controlled messages that have kept believers ignorant of the facts of their own religion.