The Copernican Heliocentric (Sun-centered) Solar System. The Catholic Church didnt like it. From the Wiki on Galileo:
“In February 1616, an Inquisitorial commission declared heliocentrism to be “foolish and absurd in philosophy, and formally heretical since it explicitly contradicts in many places the sense of Holy Scripture.”
AND
“Biblical references sometimes used to attack heliocentrism included Psalm 93:1, 96:10, and 1 Chronicles 16:30 include text stating that “the world is firmly established, it cannot be moved.” In the same manner, Psalm 104:5 says, “the Lord set the earth on its foundations; it can never be moved.” Further, Ecclesiastes 1:5 states that “And the sun rises and sets and returns to its place.”

We all know how that story turned out. The Church was wrong. The Bible is wrong. The earth does move, revolving around the sun, and spinning on its axis giving the daily appearance of a rising and setting sun revolving around the earth.
From the wiki on Heliocentrism:
“By 1686 the model was well enough established that the general public was reading about it in Conversations on the Plurality of Worlds, published in France by Bernard le Bovier de Fontenelle and translated into English and other languages in the coming years. It has been called “one of the first great popularizations of science.”

Knowledge moves on despite the Bible or church-thinking on the subject. Kinda like gay marriage in our day and age. The Church has no choice but to deal with reality and cave-in by throwing more scripture out, which characterizes the whole of Xianity’s history: the jettisoning of one Bible verse after another in light of conflicting modern knowledge. It’s allgood.

So here’s an interesting modern day parallel to the heliocentric theory story, deemed implausible for good reasons at first given the paucity of supporting data for a good length of time, but then becoming accepted into the scientific consensus as better data and theory eventually overcome preconceptions.
I am of course talking about panspermia. 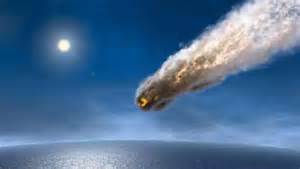 In 2008, Richard Dawkins was interviewed by the clueless Ben Stein for the obnoxiously wrong movie “Expelled” and the subject of panspermia came up as to how life came to be on earth. Panspermia of course is the idea that the earth was seeded from space by either organic molecules that later evolved into life or already living microbes like bacteria that were transported to earth in the near constant bombardment by comets and asteroids during early earth history billions of years ago. Dawkins offered it as possible alternative to abiogeneis (the origination of life here on earth from chemical evolution) but said he didn’t necessarily support it at the time. 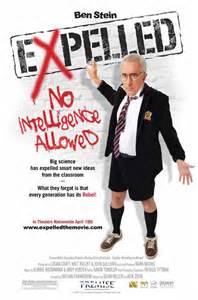 In a characteristically arrogant religion-inspired response Stein ridiculed panspermia as certainly preposterous compared to the idea that Yahweh of course undoubtedly must have breathed life into the earth and created each kind of critter individually in the act of Special Creation.
Nearly a decade later, scientific consensus is now leaning toward panspermia being not impossible nor improbable at all. Evidence is accumulating that we may have been seeded by extraterrestrial organic molecules, even microbes, and a likely candidate is Mars. We all could be Martians.
Check out Neil De Grasse Tyson’s comments on Bill Maher’s Real Time. It is classic Tyson and worth listening to in its entirety but the comments relevant to panspermia start at 3:10.

DeGrasse Tyson wouldn’t just have to convince the faith-full Ben Carson but the redoubtable Ben Stein as well. Because they know better. They have faith. They have religious arrogance that tells them as it did the Catholic Church that scripture, however primitive, ridiculous or cruel is the ultimate arbiter of truth. Knowledge be damned. Ben Stein just “knew” back then panpsermia couldn’t possibly have happened. And when first proposed, it was a stretch. Dawkins certainly wasn’t alone in withholding support for the theory as there just wasn’t much evidence for it at the time.
But check out the Wiki on it and see for yourself how much of the details have been researched that make it quite plausible that microbes, maybe even the incredible Tardigrade “Water Bear” Tyson described could have made their way across the Solar System at least and thrived on earth. 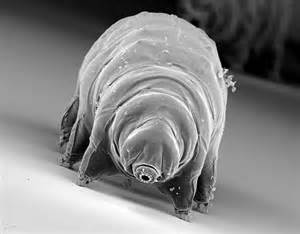 As Tyson pointed out at the beginning of that interview, some seemingly crazy or unimportant and implausible ideas that no-one takes too seriously when proposed often turn out to completely realistic and useful with additional data and theory. Knowledge moves on. Science learns and is open to new information. Religious thought holds us back and arrogantly claims to have knowledge it doesn’t and has to be dragged kicking and screaming into the modern era as new information changes our outlook and understanding of the world, of the universe we find ourselves in. How obnoxious is it to cling to a rather simplistic nearly 3,000 year old and obviously mythological and borrowed origin story as an eternal truth for all time? In the denial of evolution, the solar system and any other new information that makes scripture look as primitive and just plain wrong as it is, the arrogance of religious thought knows no bounds.
end religion now
All of them.