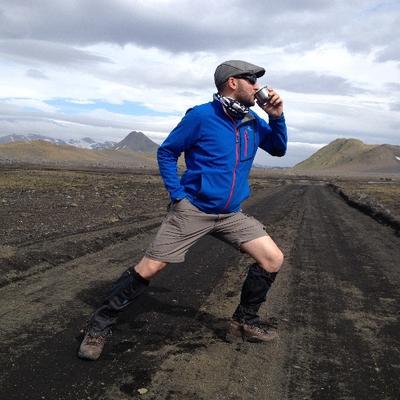 Sami Mikhail, Lecturer (Assistant Professor) at the School of Geography and Geosciences, The University of St. Andrews, United Kingdom. His Ph.D. is in Stable Isotope Geochemistry awarded by University College London, UK in 2011.
Dr. Mikhail has written an excellent perspective piece on Refinery 29, a progressive fashion and lifestyle website that evidently also publishes some damn good, just good science.
Professor Mikhail’s article is entitled Are Humans Significant? A Scientist Answers.
This recently minted geologist begins by identifying himself as a “gravel monkey”…my kinda guy. Accountants are “bean counters,” psychiatrists -“shrinks,” pharmacists of course are “pill pushers” so I’m wondering what a cognitive developmentalist such as myself might be called…I’ll think of something clever later. Back to the article.
In answer to the question in the article’s title concerning our significance Mikhail continues:

“Naturally, as a scientist, I always consider all possibilities before deriving a conclusion (in light of data.)”

REALLY my kinda guy.
Sami lists a good number of solid facts about the universe, solar system, and the earth we find ourselves living on the surface of… and in light of all that data he concludes:

“We are not the masters of the Earth, or the solar system, or the cosmos. We are just a highly intelligent, bipedal, omnivorous bald ape who can video call across a planet’s surface, send people and robots into space, then either return them to Earth, or send back data (e.g. photos). Geologically speaking, we are totally insignificant…There’s no point trying to argue that humans are significant on cosmic or planetary scales, because we are not. “

Instead of reiterating 2,000 year old ideas about the utmost and divinely sanctioned significance of human existence and our cosmic importance having been being made in the image of some god or another, Dr. Mikhail lists “just the facts” of the world we find ourselves in and concludes thereon. No prior assumptions from old, old ideas, no “feelgood” religious assurances of our special-ness or dominance over the earth and animals.
In fact he leads into the significance of our accomplishments here on earth as impressive but having their consequences as well:

“But what about the potential for humans to be classed as significant on the surface of the pale-blue dot called Earth? After all, we can manipulate DNA, redirect rivers, build canals, and fertilise infertile land; we have God-like powers. We can harness energy from the sun directly (solar) and indirectly (fossil fuels) and we can even harness energy from the tides of the ocean (hydroelectricity) and from the movement of the air (wind). We not only have the ability to harness energy, but we can also store and transport it (in batteries). But these are all ways in which we exploit; what about our influence?” 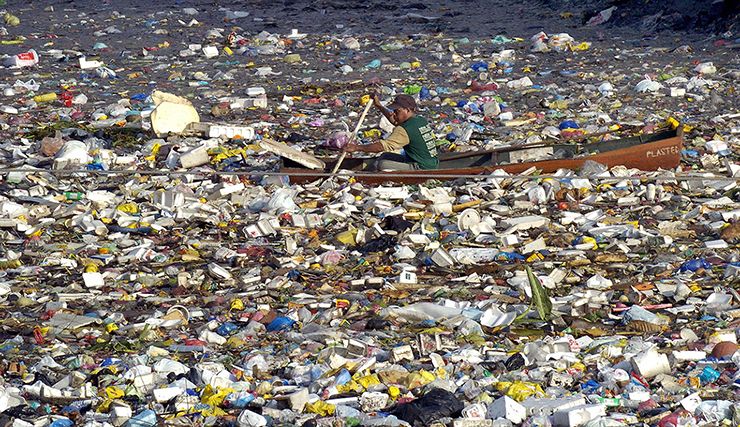 “In other news, we have accidentally made a new landmass in the Pacific Ocean comprised entirely of plastic. This new plastic landmass even has a name: The Great Pacific Garbage Patch.”

He makes some clear headed points about pollution, especially atmospheric carbon. He being a “Deep Carbon” researcher studying the processes of things like how coal, oil, or diamonds form in the ground, he knows a thing or two about what happens when we burn that carbon for approaching a couple of centuries dumping C02 in prodigious amounts into our atmosphere. That is significant.
He explains the facts of global warming about as well as one could. For another excellent exposition of the facts check out Global Warming Basics: What Has Changed.

“Environmentally speaking, it is clear that humans are geo-engineering the planet and therefore there is no doubt that we are significant. We have great power in the tiny niche we occupy. So while we are geologically insignificant, we are environmentally potent – and dangerous.”
AND
“Despite our great genius as a species, how we choose to do this is presently a discussion for politicians. We wouldn’t expect a politician to decide on a person’s medical treatment…”

For my two cents, unfortunately here in the US it is the most religious and the most unscientific of our politicians who are the vociferous climate deniers. No coincidence from where I stand.
Do take a gander at Mikhail’s article. It epitomizes the rational, evidence based approach to life that so characterizes New enlightenment thinking, and it is a damn good read.

I’m encouraged to see this on a UK fashion website. They must be pretty progressive and I’m betting on that the younger generations, the age of my kids and Sami here, and the even younger ones I teach are pretty hip to a lot of things the older, much more religious generation (mine) are yet trying to deny: the science of sexual orientation, gender equality, racial equality and the reality of the world we inhabit as science shows it to us which is so often in great and direct contrast to the millennia old assumptions of the worlds religions about these same topics.
We weren’t granted dominion over the earth by some celestial overseer. Rather, we are somewhat clever bipedal primates who through our 2 handed competence manufacturing abilities forged the hand-brain connections which mediate our unique conceptual abilities allowing us to alter the program here on earth to our phenomenal benefit thus far and maybe to our peril if we don’t all learn to accept what the science tells us.
end religion now.