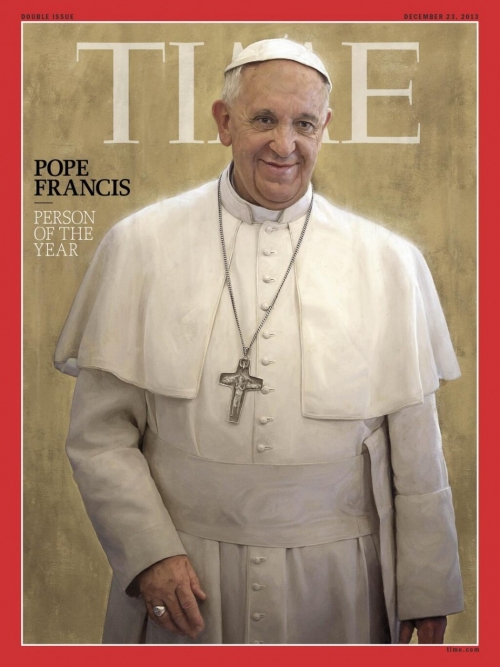 So the new Pope is just a swell guy. The accompanying article in Time just gushes about him, “He’s talking about homosexuality, about giving women a bigger role in the Church“, and he said he wont judge gays and atheists, if they are good, they can even get into heaven, and the “new” Church is gonna be all about the poor. Golly gee what a wonderful guy. Of course the moment he says something too nice, his minions crawl out of the woodwork and assure us that Church doctrine has not changed: Gays are unnatural and condemned like atheists or other nonbelievers, women cant be priests.
Despite the Pope’s savvy political posturing the Catholic Encyclopedia says otherwise, for example on homosexuality:

Theology of the Body and Homosexual ‘Marriage’
By Andrew M. Greenwell, Esq.
5/1/2013
Catholic Online (www.catholic.org)
CORPUS CHRISTI, TX (Catholic Online) – Homosexual sexual activity is expressly condemned by the Scriptures honestly interpreted. (See Gen. 19:5-8; Lev. 18:22-23; Lev. 20:13; 1 Tim. 1:9-10; Rom. 1:26-27; Jude 7) It follows that, from a Scriptural standpoint, any institution–such as same-sex “marriage” or civil unions–which encourage or advance such activity is against the common good. This is also the fixed position of the Church’s Magisterium. See, e.g., the CDFs Homosexualitatis problema and Persona humana, and the PCFs, Family, Marriage, and ‘De Facto’ Unions.

See my previous post on the writings of Paul. Nothings changed.

Us atheists could give a damn about getting into his heaven, there isn’t one, but it would be really keen if the Pope, his Church, and ALL religions quit condemning the rest of humanity to eternal fire. Might be a nice gesture, a bit of a mature, empathic progressive sorta thing to do in this day and age.
As far as women, well they are the exact same status as before the puff of white smoke went up the chimney in Rome and Cardinal Bergoglio took the name Francis and gained the ability to talk directly to god…
So birth control. Now there’s a biggie. His Holiness hasn’t touched it either. Various polls over the years have reported the majority (90%+) of US Catholics approve of contraception (pills, condoms, IUD’s’ and other “unnatural’ means of contraception other than Church approved abstinence and rhythm) and 96% of US Catholic women have used it sometime in their lives.
So with 15 million children per year at risk of starvation, wanna make an estimate of how many of those might not be born just to die a horrible childhood death from malnutrition or disease if their mother had used birth control? And how many of their older brothers and sisters might actually live a better life if their Mom only had one or two mouths to feed because she had control of her reproductive rights?
So with around 1.1 billion Catholics worldwide and 7.1 billion the Pope might directly affect say 15%, of those kids at risk or about 2 million children, most under the age of five and in less developed countries. What if just one of those kids starved to death because mom and dad wouldn’t use birth control just to be “Good Catholics” and obey the Papa. Wouldn’t that be awful. Just one? Just one. 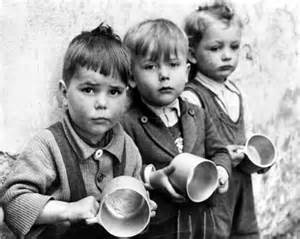 So lets hope that the Catholic Church’s ridiculous policies that most Catholics in developed countries have completely rejected only affect one kid in some third world country, right? Obedience to Holy Mother Church and archaic, unfounded, ideas is surely more important than some obscure kid’s pain and suffering and horribly foreshortened life. Surely we can live with that and celebrate along with Time Magazine the Pope being named “Man of the Year”?
One life. Fuck it. Ideas are of course more important. Dogma on what is natural and what isn’t is more important.
The Popes credibility, all those hundreds of Catholic theologians slaving away over the years interpreting Church dogma from Biblical passages, all those encyclicals, millions of words and thousands of documents in print on the subject, expressing the subtle nuanced arguments that killed that kid: surely they are more important than one measly life?
And it wouldn’t matter any more would it, if it wasn’t just one but maybe thousands, maybe even a million or more kids that suffer malnutrition and maybe even die because of this insane dogma, foisted mostly on people who aren’t educated enough to discard it like most of the folks in the developed countries who have?
3/4 of women in European countries use contraception: even Italy and Poland where 80%+ of the population identify as Catholic.
Information Kills Religion.
Anybody wonder why I hate religious thought and why we should expose absurdities like this every day?
Education is the KEY.
Hey Francis, wanna really be Man of the Year? Earn it. Denounce Catholic Dogma on birth control, you might save a few lives, maybe a few million… children.