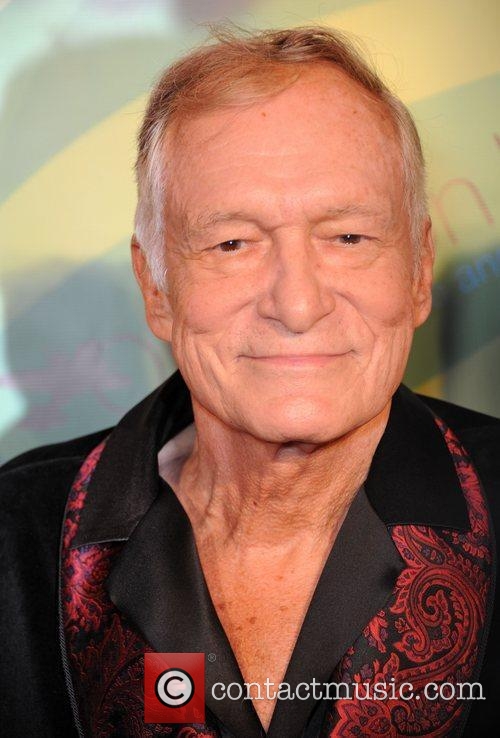 Whether you like Hugh Hefner or not (he just turned 90) he has always been a champion for human rights…gay rights, racial equality, yes, even women’s rights and of course, sexual rights.

In an article just published in the July/August issue of Playboy on the Conservative Sex Movement, Hef at 90 puts out a damn good short piece on the never ending attack by the conservatives in society. Read that RELIGIOUS conservatives
trying to regulate and rule, or rule out our sexual behavior.

Hef’s opening paragraph says it all:
“Every four years, a new crop of conservative presidential candidates barges into American bedrooms, looking to police what you do and with whom you do it. These politicians, eager to cater to religious voters, campaign on promises to eliminate access to birth control, ban abortion, pass discriminatory laws against gays, and regulate or outright ban any lifestyle or preference that doesn’t fit into their Christian crusade to eliminate all sexual activity that doesn’t lead to procreation. In the 50 years since the triumph of the sexual revolution, I have personally watched this fight over and over again: conservative candidates stepping on our sexual freedoms to reach the White House.”

Conservatives lose eventually. Let that sink in.
Conservatives lose. I’ve written of the reality of that statement before: HERE.
Not without a fight, tho. We could stay stagnant (think of the interminable millennia-long Dark Ages) without a constant pushback against the religiously inspired out to maintain the status quo or turn back time. But when the progressives continue to battle, and by that I mean EDUCATE society on the reality of what science has discovered about human behavior: our desires and needs, which then dictate the scope of our individual human rights, we eventually win. This is refreshingly evident in Hef’s 60+ year perspective from starting his own little corner of the sexual revolution in the 50’s, to today’s significant progress in the year 2016…even among the Conservatives.

Hef again:
“Polls show that the majority of “moderate” Republicans are pro-choice, accept gay marriage and favor politicians who acknowledge that ‘women and men feel free to have sex without any interest in getting married’…the move away from the religious zealotry that has defined the GOP for decades is ‘necessary if the party is to remain viable in the years to come’. ”

In our modern societal evolution, what was once conservative gets jettisoned altogether and the Conservatives are forced to adopt what was once groundbreaking and shockingly liberal… which becomes the new norm. It took Hef, the hippies, free love folks, women’s rights advocates demanding control over their bodies and reproductive rights, the gay rights movement, and now the New Enlightenment secular movement promoting individual human rights across all domains of our behavior: political, economic, educational, as well as sexual, just over a generation to keep marginalizing the conservative religion-inspired diehards to accomplish the once-unthinkable.

I’ll give Hef the last word:
“We won the sexual revolution; it has just taken Republicans 50 years to admit defeat. Now it’s time for them to exit our bedrooms and close the door behind them forever.”

One thought on “Conservatives Always Lose Eventually Part 2: What ARE they good for?”