Brian Dalton (Mr. Deity) in his Way of the Mister (WOTM) video series, exposes the fundamental conflict in values of religion and science that fuel the inevitable competing claims of the 2 approaches. And only one is right, the other is fantasy.
Dalton starts off naming some of the key Biblical stories refuted by religion such as the Creation account, a young earth and the Exodus for example, for which there is no archeological or historical evidence. The whole Moses story, leading millions of Jews out of Egypt to wander about in the desert for 40 years, appears to be pure historical fiction.
But the Mister turns to focus on the values underlying and producing the undeniable conflict between religion and science, such as: inquiry, doubt, openness, progress (there’s a good one), equality, and merit among others.
Do give it a look. It is well written, less than 5 minutes and showcases his usual concise, clear reasoning. 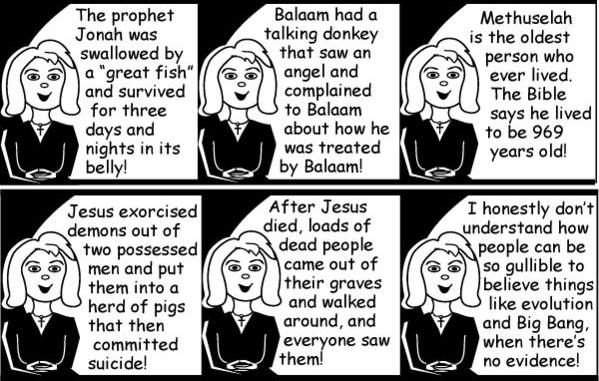 Religion is a mythological way of looking at the world, interpreted in light of old stories from early cultures written in scriptures said to be divinely revealed, or merely inspired, at very least imbued with some wisdom of the ancients. Religion is not however, an alternate way to knowledge. It is a repetition of old ideas from these scriptures and religious authorities. It tells us nothing about how the real world is or how it works.
Science is a collective enterprise that all humans do which crosses all cultural boundaries. It examines the world as we find it, and through systematic observation, experimentation to discover cause, and most important, by employing replication by other humans from any and all groups within our species, wherever they are found on the planet, and from any point in time, we discover new knowledge that works and is accessible to all.

Science is the only path to knowledge about our world.

Religious conjectures are pure suppositions, usually containing un-researched and unrealistic explanations of the world, and repressive proscriptions on human behavior. 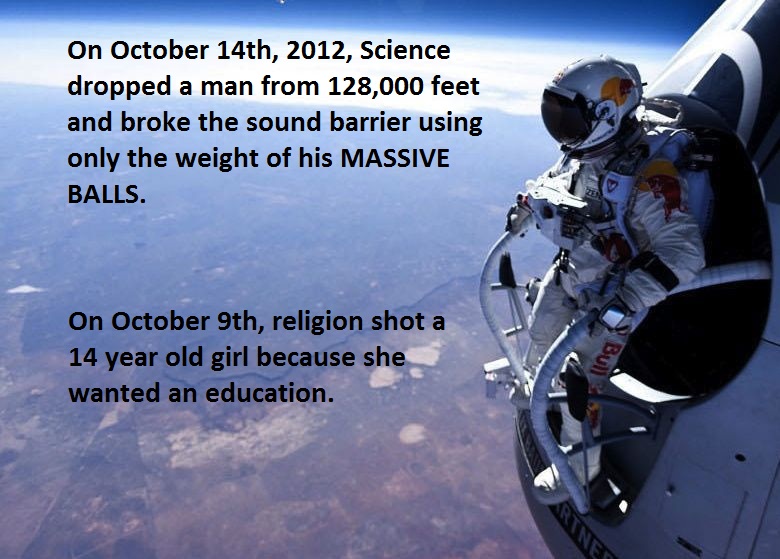 Dalton highlights religion’s dependence upon, and demand for, authority, to which science is completely opposed.

As the Mister says: Religion and science are definitely incompatible, in fact they are Mortal Enemies. Reconciling them through some lame apologetic is a futile exercise: 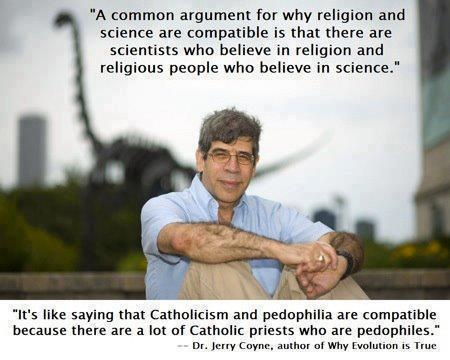 Science Rules, Religion Drools…
end religion now
All of them