This clip from Bill Maher’s Real Time truly hits home.
Trying NEW things to improve the situation is what democracy is all about. Conservatives in any political system try to maintain the status quo or return to “good ole time religion” so to speak, instead of embracing change: throwin’ out what doesn’t work, as a result of taking a scientific approach to problems…hence the laboratory metaphor.
And it is not just a metaphor. We use the language of science; laboratory, experiment, testing of ideas, to describe the social experimentation that democracy allows…when the Conservatives don’t get their way, that is.

“Trickle down” economics, which I first read about in the 70’s, seemed like a good idea at the time. Reagan tried it and the Repubs have been at it ever since: give tax breaks to biz and the wealthy and they will try more ventures, hiring more people, putting that money back into the economy in the form of enterprise and jobs thereby stimulating the economy for the good of all.
But it never worked, still doesn’t. The rich hold on to the money. It mostly does not find its way back into the economy in the form of innovation, expansion and jobs. 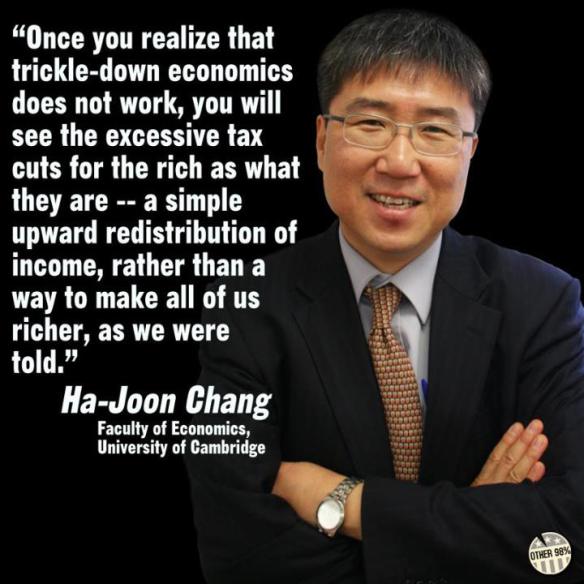 Maher’s comparison of California to Kansas and Louisiana in the most recent attempts by conservative Republicans to do trickle down once again is a classic. Besides the comedy and satire, the report on the economy in those states is enlightening. California, under the Democrats has done a massive turnaround, raising taxes and helping the illegal immigrants (who are a vital part of the economy), while Kansas and Louisiana under the good ole time Republican “slash taxes, give breaks to the wealthy” approach are wallowing in deficits as bad as California’s used to be.

Income disparity and the wealth of the 1% has increased dramatically over the past 2 decades, with the middle class now pushed down to mostly lower middle class, struggling to just get by on 2 jobs. Unless one spouse or partner in a household has a REAL job with health insurance and other benefits, including a year round salary and some job security, often one or both spouses hold 2 jobs to still just get by, or not.
As Maher points out, the wealthy, big business, just hold onto their mountains of cash and invest it, they don’t revitalize the economy on their own. 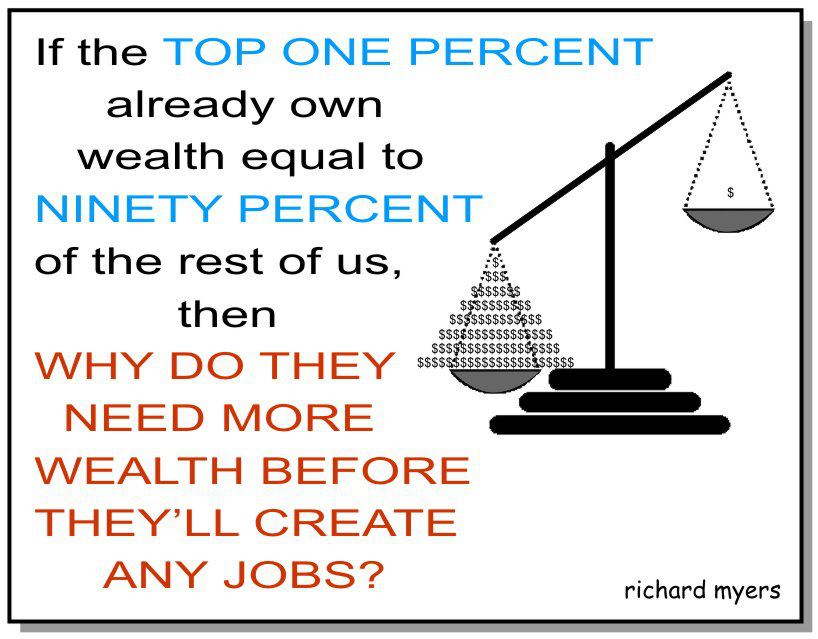 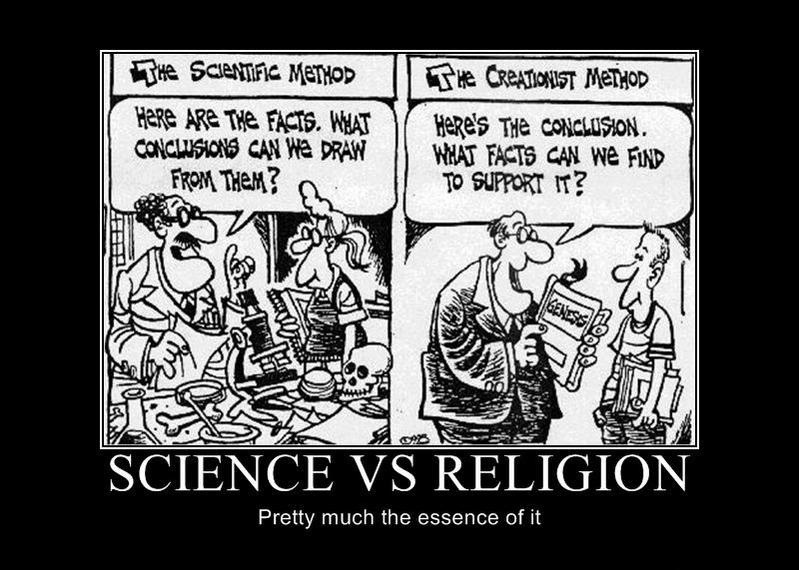 Outright denial of science such as Creationism, and now climate change denial comes out of the mouths of the rigthwing, conservative religious as well…Republicans all. It is not a coincidence. Religion retards all progress, even economic by denigrating the scientific approach in all things, including society at large and even the economy. It is again no coincidence that the governors of Kansas and Louisiana are religious and sympathetic to Creationism, and other aspects of outright science denial, including the results of failed economic policies.
end religion now
All of it.