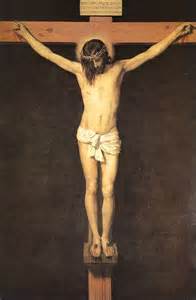 I’ve repeated it for years. So have many of us, and even evidently the scholars: If the stories of Jesus in the NT are increasingly embellished contradictory legends mostly found in the 4 anonymously written canonical Gospels (and another 40 or so that didn’t make it in) and the Pauline epistles (nearly half of which are forged) that can’t be trusted as containing much of any historical facts about his actual deeds, AT LEAST the guy existed. Right?
And though we can’t know much of what he might have actually did, the guy at least lived, preached and was crucified by the Romans, right? That part we can accept as generally true, even if the rest is a mish-mosh of myth-making worthy of serious skepticism. Heck even as serious an NT scholar as Bart Ehrman who became agnostic about god still maintains very strongly that JC certainly existed: 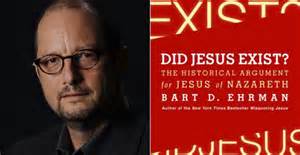 Bart wrote a whole book on the subject:
In “Did Jesus Exist?” historian and Bible expert Bart Ehrman confronts these questions, vigorously defends the historicity of Jesus, and provides a compelling portrait of the man from Nazareth. The Jesus you discover here may not be the Jesus you had hoped to meet—but he did exist, whether we like it or not (excerpted from his webpage book blurb).
I have not read the book, but have read 3 of his others and read a long web discussion outlining much of his reasoning supporting the “historicity” of JC versus the “mythicists” who suggest the whole schmeer, the man himself included, was ALL made up. Not having read the mythicist side and being content to go along with the same consensus that someone as knowledgeable a scholar as Ehrman supports, I didnt give it any real research time. But I did eagerly await the scholarly opinion of this guy: 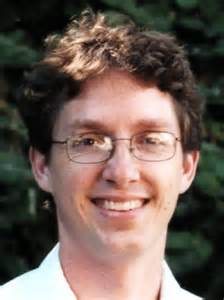 Richard Carrier. If you don’t know who he is, you should. And you can familiarize yourself with his scholarship and decide for yourself if he makes good sense at his website.
His writings on naturalism, early science, the classical world and Xianity are linked from his site or available at the Internet Infidels Secular Web.
So when Carrier starts siding with the mythicists, that JC most likely did not exist… I take notice. The video below is from March of 2013 and lays out what changed his mind from accepting the traditional consensus on the existence of JC:

He makes a pretty good case for why when he looked into it in detail, the idea of JC being a complete fiction may explain more of the data than the “minimal truth about him but of course the guy existed” traditional consensus.
What’s scary is even if Bart Ehrman doesn’t buy it, even he is down to a just a few mere facts about Jesus that he claims are believable leaving most of Xianity’s claims in the legend bucket.
Ehrman and Carrier conducted quite a series of online arguments and responses beginning with a critique by Carrier of Ehrman’s book “Did Jesus Exist” some of which is behind a paywall but you can get at a lot of it easily through Carrier’s Freethought blog.

It is fascinating and scary to watch two scholars, one an ancient historian (Carrier) the other a Biblical (NT) scholar go at it. Not that the argument itself is scary, its just good scientific debate, but the fact that all the shit Xianity has caused may be based on the flimsiest of actual occurrences… or maybe on none at all, utter fantasy? Fuck.
And check out one Xian’s view of the debate, here.

Now here’s two scholars doing historical science, yes science, weighing the data and the theory trying to figure out the best explanation and arguing with one another strongly and it is getting real interesting. Us non-believers have no problem which one may ultimately make the best case as we figure out the truth of the matter as best we can. That’s how knowledge advances. But this DB at “Deep Waters” turns it into a grudge match between “authorities” because he cant look at a scholarly debate except through his Xian filter. We don’t give a shit who “wins,” which one of our fav guys prevails, “It’s the knowledge, stupid“, that’s all that is important.
“Deep Waters“? Hardly. How ’bout “Xian and Clueless“?
So check out Carriers video, the online debate with Ehrman and Carrier, Ehrman’s book and Carrier’s most recent book as well:

It is fascinating set of arguments and a bit heated at times, but again from my perspective:
There should be no way for Carrier and a number of other scholars to even make a case that JC never existed. It shouldn’t even be plausible, and it is just as bad that Ehrman and many other scholars can make a solid case that even if JC wasn’t a myth, most of what we know about him is…
Nobody has had their life ruined or been killed over Zeus or Osiris or their supposed deeds and teachings in the last 2,000 years… myths are supposed to be harmless, amusing, interesting maybe sometimes uplifting literature.
Its bad enough that the repressive moralizing religion built upon all his phony deeds has killed millions over the millennia, but all those folks may have died over a complete fiction?
We have to learn as a species that our ideas are not as important as another human being’s rights, and our ideas are only valid when they map onto the real world.