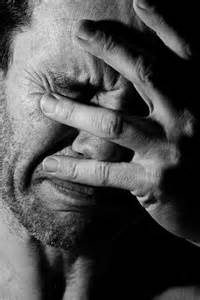 By 2050, according to estimates derived from the 2008 census, there will be just under 90 million people 65 and older in the US, comprising about 20% of the population. I’ve got 2 more years to achieve senior citizen status, and I doubt if I will make it to 2050, to join such an elite group: I’d be 96…but, hey, now that I think about it, I got a shot at it. Although I lost my Dad to his one and only heart attack at age 49, 40 years ago now, I’ve never smoked, drink very sparingly, (my medicinal glass of cheep Dago red at dinner suffices for my alcohol intake), I stay pretty active physically, and mentally, and enjoy my teaching job and my writing to its fullest, along with my darling bride and family. I take my BP, blood sugar, and cholesterol meds religiously (the ONLY thing one might say is religious about me): Despite exercise and a good diet, old age creeps up and things go wrong, break down, whether you like it or not. Like age spots, grey hair and thinning hair. So, no problem, I’m damn glad and fortunate to take my modern meds that keep the physical parameters in line. So far everything has been relatively minor. Unlike most of my buddies from hi school, I’ve never been hospitalized. More than a few of them have had serious ailments or surgeries. Never really thought about it before researching those numbers above, but yeah, I got an outside chance to see 2050. 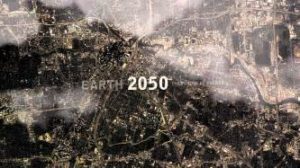 I got a 1/10 chance of living below the poverty line as a senior and a 1/3 chance of being widowed in my later years, and could find myself among the 4% who reside in a nursing home. Nearly three quarters of us vote and own a home. Only 16% continue to work. Financially, I have no choice at this point but to continue to work indefinitely, and even if I achieve the level of security for my wife that I’d like to pull off before I’m 70, I have no plans for retirement. I got too many books to write and students to impart the real deal to: the incredible information from modern of science, instead of, in place of, the religious bullshit that lingers on in our culture. I enjoy it all too much, and if I start to get tired and can’t keep up a part-time pace of some kind, I guess I’ll deal with the inevitable when it happens. I could hopefully remain among the 80% or so of the elderly who are not disabled in some way: either in a nursing home with 24 hr. care or at least needing assisted living care, being unable to perform Activities of Daily Living (ADL) such as dressing, cooking, shopping for oneself, etc.

Ernst Mayer, the noted Harvard evolutionary biologist made it to age 100, being interviewed by Scientific American on his 100th birthday, dying some months later. He went to work daily into his centenarian years and published 14 of his 25 books after age 65. Now, there’s inspiration! I’d like to continue working as long as I’m coherent and relevant, into my 80’s perhaps, and I’ve got only ½ dozen books in mind. So, my plan is all very doable. Thanks for showing the way Ernst! He was fortunate.

What prompted this excursion into contemplating my twilight years was a rather thoughtful piece I read recently, reprinted from the Washington Post and penned by one Robert Fowler, from Channelview, Texas. Disabled by a stroke in his 60’s, he suffers as much from shame of being on the dole as he does from the lasting and apparently permanent effects of his ischemic attack. He can’t work or drive any longer, and laments there is no public transportation available where he lives, should he try to attempt limited work or activities beyond being confined to his rented home and the surrounding streets and sidewalks. He is living my worst nightmare: confined, unable to help himself, be productive, or control his own destiny.
In his own words… “my life has not turned out particularly well.”

Despite having worked 40 years-plus, he would be homeless without the help of family. Diagnosed with the permanent effects of his stroke, having applied for Social Security, it’s been months and he still hasn’t received his first check yet. He briefly related his work history; 20 years at one job at a large corporation, but then a series of continually less lucrative and few-to-no-benefits positions as is the norm nowadays. He last worked as a security guard. Doesn’t sound all that secure. Three weeks after his stroke, his wife lost her job, mostly due to her missing too much work, having to assist and watch over him. They had to apply for food stamps.

Mr. Fowler again: “I didn’t grow up poor, and I didn’t intend to become poor: Somehow it just happened”.

I hear ya, pal. I’m but one or two paychecks away from heading down that slippery slope and my wife and I, with either one of our jobs lost, would find ourselves in Mr. Fowler and his wife’s predicament, much less if we suffered any sort of prolonged or disabling illness. If either one of us went down and couldn’t bring in a paycheck, even for a short period, we could lose our house and a huge portion of our independence in a matter of a few short months as happened to these 2 regular folks. My worst nightmare.

So, I am ridiculously glad, and fortunate to have landed a one year Visiting Professorship at a well-funded and very accommodating private college with a reasonable chance to obtain a permanent position a year from now, with which I could reclaim some security for my wife and I, enjoy a reasonable income, even take vacations again and not be broke a week or so before the next paycheck as has been the norm for some years now. We are certainly not alone. For so many of the formerly comfortable middle class, it’s the new normal here in the good ole’ US of A. We are all getting a taste of what the working poor of this country have known all along, many, their entire lives.

So, I got a shot with this new job, 200 miles away from my cozy little home and my wonderful wife and fam, to turn the ship around. No complaints. Many, all over the globe, got it a lot worse than I do, that’s for sure. I always remind myself I could be a former professional, an academic, even a baker, a plumber, any sort of middle class working person, living in a tent in a refugee camp on the Turkish border, with no means to feed my family anymore, deprived of everything but the most basic of needs, (with those being rather primitive and sporadically supplied at best), with no future in sight, as countries severely limit the influx of the displaced…, watching my children who once were on Facebook and their cell phones much of the day and hanging with friends after school, now picking vegetables for dollars a day, 6 days a week, in the hot sun for 10-12 hours a day to bring in something, anything, additional for the family I once provided for. Like Bob Fowler, only much worse off, for tens of millions of refugees, mostly from the Middle East…”life has not turned out particularly well.”

But Bob has an additional burden he carries from his upbringing. Shame. Beyond the normal and very real embarrassment of not being able to provide and care for one’s self, Bob carries the dishonor of being on the dole:
“I was raised with the feeling that public services should be kept to an absolute minimum, and that people who received government assistance, have no class and should have taken better care of themselves.”

He cried when he went to apply for Social Security disability and was too ashamed to accompany his wife to the store when she used their food stamps. Like he said, he didn’t grow up poor or intend to end up this way. But he did wind up poor, and through no fault of his own, just like 100’s of millions worldwide. They don’t deserve to be poor and the vast majority have worked all their lives. Having become one of them through the vagaries of fate, Bob now sees the defenseless poor in a rather different light. Bob’s shame is palpable, unabated even when the Social Security clerk explained to him he had paid in his whole working life for just these sorts of benefits. Living in Texas, often as conservative and Xian and modern Republican in thinking as anyplace can get, could it be he was imbued with that unprogressive, diehard attitude that any semblance of security provided by a government smacks of dastardly socialism and flies in the face of the Protestant work ethic? The article doesn’t say if he grew up in Texas, only that he resides in a suburb of Houston now. Drug addicts and welfare queens and everyone else of the deserving poor, are just too lazy, drunk, or stoned, to pull themselves up by the bootstraps, and do not deserve a handout; so goes the narrative. One wonders if it was this sort of nonsense, stemming from a childhood in a conservative Xian area, that compelled Bob to feel so ashamed applying for food stamps and Social Security. I may just try to contact Mr. Fowler and ask him. Like me, he is an aspiring freelance writer. Maybe, just like me, he hopes to make a little additional income to preserve some semblance of independence and self-worth: even have a little left over to enjoy life a bit. Maybe. I truly wonder about the ultimate source of those very un-Christian attitudes which he heard as a child.

I have never once heard a secularist, non-believer, atheist, humanist, freethinker, or non-religious person of any kind, ever espouse the absurd negative attitudes that the conservative Republican, all-too-often highly religious proclaim about the deserving poor and the “undeserved” social programs they “take advantage of.” There seems to be only one source for these nonsensical, inhuman and just plain wrong attitudes. In the US at least, its mostly Conservative Xiansanity. I’m damn curious what Bob could tell me about how he learned the shame of it somehow being his fault for accepting the lifesaving benefits of the very minimal social safety net that US programs provide, in comparison to those of so many other developed countries. The lingering effects of conservative religious upbringing can be hard to shake off. Through his own descent into poverty, Mr.Fowler has started to let his go, if not for himself, at least for others.
I’ll let Bob have the last word:
“I refuse to judge a panhandler these days. I just thank God I’m not in his shoes yet, if he has any.”