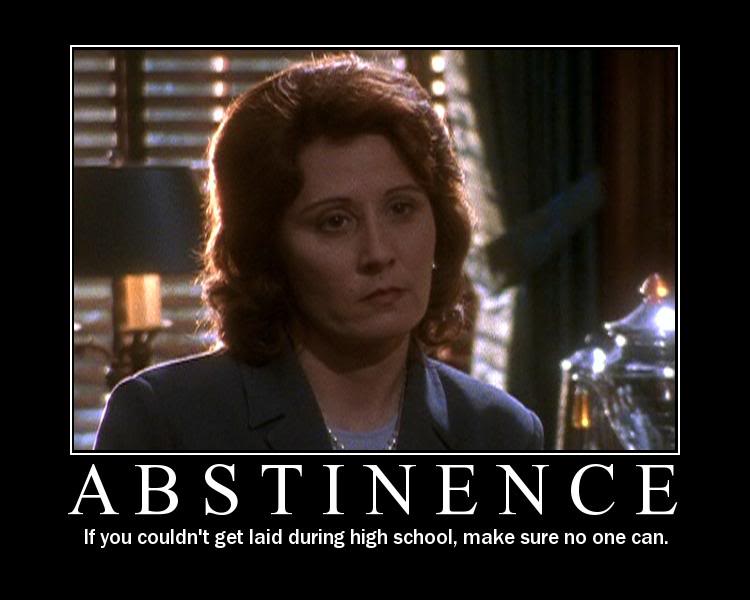 A lot of discussion ensues over Non-belief: atheism, agnosticism, skepticism being “just another belief system” implying that any other belief system; Xianity, Islam, Buddhism, Hinduism or a local, tribal religion of some kind are all equally valid ways of looking at the world that one just happens to subscribe to by choice, preference, or accident of birth and upbringing, and all deserve equal respect as merely different ways of looking at the world.

Not so, not even close. Lack of belief is not belief, baldness is not a hairstyle, abstinence is not a kind of sex, modern day Republicanism is not a form of intelligence. 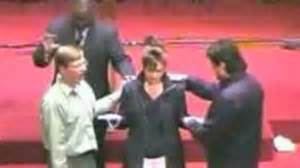 Let’s compare and contrast the features of belief systems (religions) and non-belief:

Belief systems are based in a culture, non-belief is not. Non-belief is trans-cultural or better yet a-cultural. Although the spread of religions worldwide has mixed things up a bit, you are still more likely to subscribe to the predominant belief system of the given culture/ geographic area that you were brought up in. For a few examples, if you grow up in Japan you are more likely to subscribe to the belief system of Shintoism, India: Hinduism, the US: Xianity, Islam: the Middle East, etc.

Non-belief in contrast appears everywhere. Skepticism is not tied to any given culture. It flourishes in all cultures, although it may be much harder to express in some cultures. Islamic cultures spring to mind as not tolerating anyone jettisoning cultural beliefs and practices. This can be very hard if not impossible in belief systems where the penalty for apostasy or heresy, even blasphemy, is death. It used to be so in Xianity not that long ago as well, every bit as virulent as in much (most) of Islam today.

Non-belief is not culture-bound.
Non-belief has no penalty for apostasy.

Belief systems rely on scriptures, unique to the belief system. Scriptures are relevatory writings from culture that claim to have direct information, usually through a prophet or prophets, from the god or gods of that culture. There are no prophets in non-belief and no revelations, of course, as non-belief has no gods; therefore no prophets to talk to them.
Revelations are discarded in non-belief as they are impossible to prove and are contradictory between religions. Even when a skeptic grants the theist the possibility of their god’s existence (who can’t be definitively proven not to exist), it is still impossible to prove their prophet actually spoke to their god, and didn’t merely hear voices in his head. 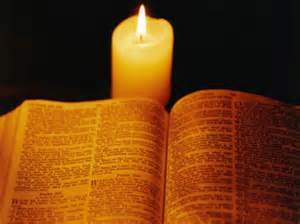 Belief systems have authorities who interpret scripture and determine proper practices of the faithful. Non-belief has no such authorities and no proper practices. Skeptical writers are celebrated and agreed with if they are correct in their arguments for and about skepticism. They are not agreed with merely because they are popular recognized skeptics or prominent writers and activists; they are not authorities, if they get it wrong, they get argued with. Prominent non-believers such as Richard Dawkins, Sam Harris, or the late Christopher Hitchens to name just a few are not authorities: “leaders of the faith.” There are no priests, ministers, imams or monks. No hierarchy of bishops and cardinals and popes. No male-dominated or exclusively male structure of professional initiates who maintain the faith and its practices.
There are no rituals for such professionals to perform, no mandatory rituals for non-believers to attend or perform voluntarily. Additionally non-belief has no acts of worship to be performed at these ritual centers nor in private. There are no offerings or supplications to sacred spiritual entities or animals for reverence or requests of divine assistance. 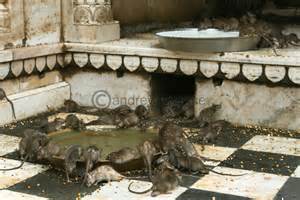 Belief systems claim to know often in excruciating detail the existence and inhabitants of an exclusive supernatural realm. The Hindu panoply of gods for example is exclusive to them and other variations of the reincarnation religions of Asia, is utterly foreign to the myriad Xian inhabitants of the heavenly realm and is abject blasphemy to the “as close to monotheism as one can get” tenets of Islam.

Belief systems claim to know exactly what happens after death. A soul of some kind (the continuation of the personality and intellect of the individual in some non-corporeal, spiritual form) is posited in most religions. Not only do these belief systems claim there is a soul but they each have their own version of different places of where that soul will go after death of the individual: heaven, hell, reincarnation to name the most prominent ideas.

Non-belief has no soul.

After 3,000 years of wishful thinking by the world’s main religions and 150 years of neuroscience there is no evidence of the existence of a soul or any afterlife. Being dead is like being not born,the individual just doesn’t exist, yet or anymore.

Non-belief has no afterlife. 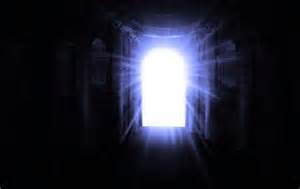 Belief systems not only have a list of prescribed practices and proscribed behaviors, they arrogantly strive to impose those behaviors on non-believers of any and every stripe. They all moralize to some extent, hoping to maintain varying levels of purity in all human’s behavior as required by their god. In addition, belief systems tend to condemn non-believers to some sort of eternal punishment for their transgressions, these acts of impurity, often termed “sin.”

Non-belief has no moralizing, no sin, no condemnation.

Secular skeptics go after religious absurdities and intrusions on everyone else’s lives regularly in an attempt to get religionists to back off, not to convert them. We don’t need you to adopt the details of our lack of belief to accomplish our goals. If you want to be an atheist, an agnostic, a deist, a theist, a Muslim, Xian, or Pastafarian, whatever, we don’t really care so long as you keep it to yourself. That’s our goal. You have every right to be as delusional as you wish but you have no right to impress those beliefs or the moralizing that springs from them on anyone else.

Non-belief has no evangelism.

Non-believers tend to instruct their children in no religion at all, and don’t instruct or coerce them into non-belief either, but often encourage their children to learn about various religions, even try them out, when they get older…and then decide for themselves.

Non-belief has no child indoctrination.

Non-belief being a-cultural or trans-cultural and humanistic emphasize the common humanity of all, epitomized in the phrase “One Species, One Tribe.” Belief systems are full of divisive ideas that exclude others along dogmatic, behavioral, gender, social class, and sexual orientation lines.

Non-belief has no divisiveness, homophobia, or misogyny.

The “just another belief system” claim is important as a philosophical move to uphold a cultural relativism where all beliefs are to be equally respected, sort of an “all ideas are equal” position.
BULLSHIT.
Some ideas are just wrong. Honor killing, witchcraft, torturing and killing people you accuse of witchcraft (a practice still going on today in parts of the world… you can find some horrific recent examples from Africa on YouTube), restriction of access to birth control, second class citizenship for women, beating women, killing “cursed” children, and dehumanizing homosexuals are but a few of many examples of behavioral practices based in cultural belief systems which are not to be respected as equal to anything but absurd, ridiculous, primitive, repressive and sometimes deadly ideas.

And whether directly harmful or not, all “belief” ideas are by definition, fanciful, imaginary, mythic.

Non-belief strives to eliminate all wrong, hurtful, and imaginary ideas.

Non-belief starts from reason and tolerance.

The top two reasons one hears for jettisoning a religion, any religion, are religious pluralism and religious intolerance. Religions claim to have eternal, unquestionable truths given to them through revelations, yet they are hopelessly contradictory and arrive at utterly different truths. As but one example, Xianity has one god but three manifestations of it in their doctrine of a Trinity. God has a Son, and there is a separate Holy Spirit. This is utter blasphemy to a Muslim. Furthermore, the Holy Spirit is said to come either solely from the Father or to spring from the relationship of the Father and Son. This seemingly minor distinction caused the first major split in Xianity, just after 1,000 AD with the split of the Roman Catholic and Orthodox churches. Non-belief rejects such patent absurdity. Examples of contradictory religious claims fill volumes. They cannot all be right. Skeptics come to appreciate the absurdity of religious pluralism and reject the religious claims of any and all belief systems thereby. The second most oft-cited reason is religions built-in intolerance of non-believers and of various outgroups (women, homosexuals, etc.) deemed second class citizens, sinners, condemned, inferior or unworthy in the eyes of some god.

In short, in practice non-belief looks nothing like belief. In theory non-belief shares none of the reasoning, claims, or entities of belief. Lack of all of these features, a direct rejection of all these characteristics of belief systems does not somehow make the skepticism of atheism and agnosticism another belief system in any way. Non-belief is not just another fanciful and arbitrary set of supernatural claims that include worship, prayer, rituals, and right practices with moralizing and condemnation reserved for those who don’t adhere to it’s demands.

Non-belief is not a belief system in that it puts evidence, reason, and tolerance first. Belief puts faith first, employs reason only in service of the a priori claims of the faith, ignores evidence and leaves tolerance, if any, as an afterthought. Faith is belief without evidence. It is driven mostly by child indoctrination as a result of accident of birth location. Non-belief relies on evidence and not child indoctrination into scriptural claims of revelation.

Relying on evidence is not a belief system one is born into, indoctrinated into or coerced into practicing. It is a method one uses in every aspect of their daily life… except religion. It is the normal human perspective and practice that one is taught to jettison when one enters into a belief system where everyday evidence is not only ignored, but disdained. People are materialists and realists in every waking moment of their lives. They turn a doorknob to open a door because the door knob is as real as anything can be in their lives and they have evidence that manipulating that object in a specific way will open the door. They don’t beseech a spirit, pray to a god, or make an offering, they open the fucking door based on materialism: evidence and reason. We all do.

Every human on the planet is a practicing materialist their every waking moment. They realize fully the world works this way.
Belief systems instruct that there is a whole other realm of which there is no evidence, peopled with unseen agents and forces, who demand certain behaviors and worship, promise an afterlife and condemn non-believers to eternal torment or eternal rounds of suffering.