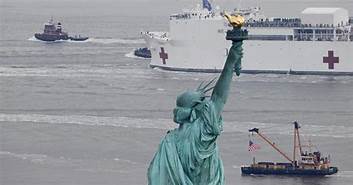 The USNS hospital ship Comfort arrives in New York harbor in March, 2020, indicative of the out of control COVID-19 outbreak in the US that is still accelerating nation-wide as we enter the new year.

Data in the following table is from Worldometer and CNN World COVID-19 Tracker. 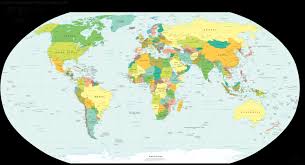 The ten nations from around the world listed in the table (including the US), represent some of the best and worst responses to the COVID-19 pandemic from Asian, “Western,” and European nations that vary in populations size, population density, and urbanization, and cases and deaths from coronavirus.

The US is considered one of the worst response countries and a look at some of the figures in this table confirm this all too well.
Instead of having one of the best responses worldwide, as a world leader in science, technology, and infrastructure capabilities, the US is among the top 5 worst responding countries along with India, Mexico, Brazil and the UK. Nearly 20 million reported infected in the US, (the numbers are likely much higher due to inadequate testing), over 346,000 dead, with millions hospitalized who recovered after serious health threats and terrible suffering, millions more suffering through miserable symptoms at home, and over 2 million “long-haulers” with sometimes debilitating symptoms lasting months, years, maybe lifetimes. All this was to be easily avoided. Too many other countries of diverse culture, populations, geography, and political organizations did. Some well, some did very well. We didn’t.

The 5 best COVID-19 responses are: Taiwan, Iceland, Singapore, New Zealand, and Vietnam. I included 4 of those best responding countries, the US as one of the worst, and some apt comparisons to the US on population size (Japan), location/culture (Canada) and a typical European “Western Developed Nation” (Germany). 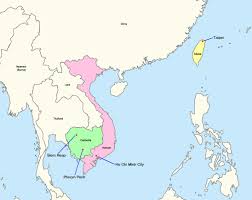 The best responses to the virus pandemic are from Taiwan and Vietnam, both with incredibly low case numbers and deaths despite close proximity to and regular travel with China where the COVID-19 outbreak originated. Vietnam imposed mandatory masking in March, months ahead of most countries, and like Taiwan and many other Asian countries like Japan and South Korea, implemented testing, contact tracing, and strict quarantining and restriction of travel almost immediately.

The 13 worst countries in deaths per 100,000 all range near 90-150 and the US is right in the middle of that pack. The poor performance of the US cant be blamed on overall population density or urbanization as countries with population densities significantly higher than the US or comparable, or even larger rates of urbanization, all fared so much better.

If we had responded as well as Japan, for example, with roughly 1/3 our population of 331 million (Japan’s being 126 million), we would have only 621,000 cases and 8,700 deaths!
Japan with a large population as compared to most countries, (world average is 35-40 million), has a population density 10x that of the United States and higher than most countries, yet managed to contain the spread of the virus among its millions crammed on that tiny island in crowded cities. Japan has one of the highest urbanization rates, that of 92%. Yet they could contain the spread of the virus significantly when we couldn’t.

If we had done as well as our neighbor to the north, Canada, a country more like us than those that did so well, having a similar culture and geography, we would have only 1/4 of the cases and deaths we had up to 12/31/20–a little over 5 million cases instead of almost 20 million and less than 90,000 dead instead of 346,000. Imagine if for over 1/4 million families in the US, their loved one hadn’t died.

What is worse is that those 250,000 did not have to die. If we had followed the science and public health measures as quickly as the most successful countries did, what an incredible amount of suffering and lives cut short could have been avoided completely.

What is worse is it all didn’t need to happen. We should have been as good or better than the best countries in containing the virus. We have the technology and infrastructure and strong central government and the science and scientists as good as any on the planet. But we had Trump. 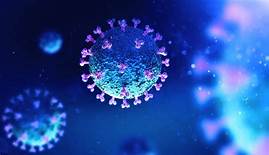 Trump had the science exactly right. He heard it, assimilated it and repeated it verbatim to Bob Woodward in early February that the virus was airborne, 5x worse than the flu, that it was deadly. He could have at that moment followed the same science and public health measures the successful countries took–instead he purposely downplayed it, lying in public it would go away (when he knew better) “go down to zero” etc.
He could have ramped up PPE production through the Defense Powers Act he invoked yet purposely never used. He could have encouraged and/or made mandatory, even with fines, mask use in March certainly by April or May. He could have done real travel restriction, instead of a partial restriction of only China, which included no stopping of the large numbers of remaining Chinese travelers at airports, and quarantining as other countries did. And he implemented no restrictions on European travel, even though the virus was already out and ravaging Italy, and spreading across the entire continent. New York’s early and horrendous virus epidemic was brought in from European travelers, and the simultaneous West Coast infections were brought in from China.

We could have done it right.

If we had been the among best in response as we should have been: if we had numbers like Taiwan or Vietnam we would have barely 10,000 cases of COVID-19 infection and less than 200 dead–you saw right-barely 200 dead, if we had been as good as the best – like we used to be. 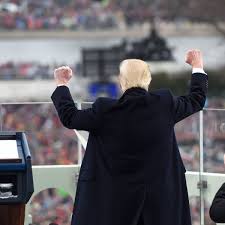 Trump chose not to, on purpose, and to this day does not encourage mask-wearing-hosting multiple political rallies and White House events and immediately pulling his mask off when he returned to the White House after his COVID treatment. This a buffoon, not a leader.

We are on our way to inevitably kill 1/2 million people or more by spring due to COVID, and thanks to Trump’s purposeful incompetence not only will those people die but we are still divided as a country over mask-wearing, and simple travel and gathering restrictions.
We hit record high numbers at year-end holiday travel, and so many still gather in unmasked groups of 5, 10, a dozen and more people all over the country in bars, at beaches, in churches, and at family get-togethers. Too many of us still haven’t learned. Another post-holiday travel COVID infection surge is likely on the way in the next few weeks, similar to or worse than we experienced after Thanksgiving. So many hospital workers are burnt out already, overwhelmed with daily suffering and death, and we are gonna slam them even worse in the coming months.

Trump and his science-denying, divisive, minions are gone in 16 days and this country can return to its normal place as a leader in science, technology, and public health. Any number of Democratic or Republican leaders: Governors or Senators could do what Joe Biden will do: listen to the science and manage the crisis as intelligently as any other country in the world could have and many have done.

We should have been among the best. We are among the worst thanks to Trump. “Make America Great Again”- What a fucking joke.
We can be among the best again. The sooner we get back on track, the more un-necessary deaths we can avoid.
We lost 100,000’s of US citizens for no good reason at all.
Trump’s negligence and continued ignorance was and is criminal. 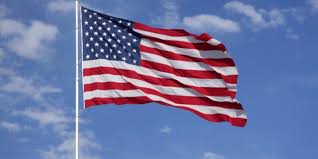 Trump and his supporters don’t own the American flag, either. It is patriotic to follow the science and our public health officials and all the dedicated health and government workers who work hard to keep all US citizens healthy and safe. Supporting a conman and buffoon who denies the science and argues with all the professionals at every level who know better and care about their fellow citizens isn’t.