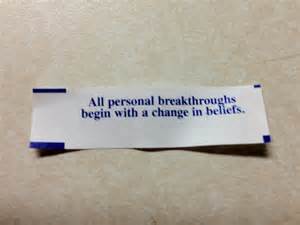 When I posted the recent essay which included the video of Dan Savage on Bill Maher’s show (see here) offhandedly mentioning he would keep “inseminating his husband” in the hopes that god might intervene and do a parthenogenesis miracle number like the world has never seen… and the two Conservative Republican boyz almost lost their lunch, I thought to myself: “Dylan was right, the times they are a-changing.” 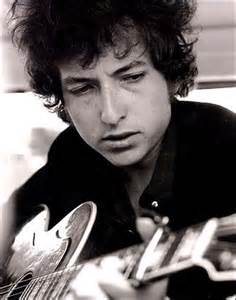 Another random and unrelated example of big time change:
Re-reading Bart Ehrman’s “Truth and Fiction in the Da Vinci Code” where Bart corrects much of the novelist Dan Brown’s fictional embellishments about early Xianity and the “relationship” of JC and Mary Magdalene and how the emperor Constantine in a grand conspiratorial effort created the divinity of Christ, hiding his mere mortal-ness including fathering a child with Magdalene. Ehrman basically lays out that all of Brown’s history is bullshit, fun bullshit, makes for a great read, a phenomenally successful novel and a fun movie, but bullshit nonetheless.
JC was considered divine long before Constantine, JC was a celibate apocalyptic prophet, a common affectation in his time and the few mentions of Magdalene in the New Testament canon and the apocryphal gospels give absolutely no indication of JC and her ever getting it on. She is mentioned so infrequently in the texts that one would have a hard time making the case they ever held hands or went steady much less did the dirty deed and made like good Baptists kids and had their first child out of wedlock. All that was missing was the back seat of the Chevy.

Seriously though, besides Ehrman’s other books, this one is a good read just for a shorter account of early Xianity, the apocryphal gospels and epistles, formation of the New Testament canon, etc. It is as good as any of his other books. You get such a great feel for the development of Xian mythology. It is ludicrous anyone would believe the JC myth if they just read it as an adult in the same manner as reading Greek or Roman or Norse mythology as an adult. It might leave one entertained and enthralled maybe at the mythic epics and machinations of the gods, but not in the least converted… it takes child indoctrination for that. 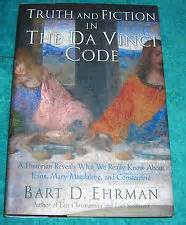 Like I said Da Vinci Code made for a phenomenal novel, but it is fiction no matter how the author spins it.
The point I want to make derives from the same book, as Ehrman’s relates how in 1988 when he first began teaching in North Carolina, he required his students to watch Martin Scorcese’s new film “Last Temptation of Christ” that also explored the fiction of Jesus and Mary Magdalene getting it on (Notice how we love to mix our religious instruction with sex? As our pal Lewis Black might say: “Just ask any Catholic priest”).
Well this was 25 years ago, in the American South, and his conservative Xian kids refused to see the movie, despite it being only a movie and Ehrman was out for them to critique it based on what they would learn in the course on JC and the writings we have about him, he certainly wasn’t suggesting in any way that it had any real info about Christ and Magdalene either. He pointed out where he had been previously teaching in New Jersey, it would have been no problem at all. Evidently he hadn’t run into the after effects of growing up in the Xian cocoon yet, at least not in the South is where the conservatives do it really right. His students evidently thought this movie, despite being just a movie and a complete fiction. was still too occult, blasphemous, disrespectful, shameful, disgusting, and probably would make their face break out.
As an aside it seems a bit odd to me that he was at all surprised at his students refusal, as Ehrman himself had the run of extreme Xiansanity™ after he was “born again” as a teen and did Wheaton College and Moody Bible Institute, both venues of extreme conservative Xianity, before going off to Princeton Theological Seminary.

Be that as it may my main point is that now after 25 years here in the 2000’s, Ehrman states that asking even No. Carolina Conservative Xian kids to go see a fictional JC movie, like Da Vinci Code or even Last Temptation of Christ wouldn’t be a problem at all.
And that’s my point: times have changed in 25 years. The pace may at times seem glacially slow to us secularists but we are moving the Conservatives to the left bit by bit by bit.
Dan Savage may not have said what he said 10-20 years ago, and not on TV, and as a killer example, Sarah Palin’s blessing by an Evangelical pastor (witch doctor) to be protected from the occult forces lurking throughout the cosmos would not have become a YouTube sensation and the constant source of ridicule that it so rightly deserved. If that video was just on more brick in the wall that kept that delusional asshole from ever having Presidential aspirations… well, Hallelujah!

Again could Dan’s comment, Palin’s video, or Ehrman being able to easily get conservative students out to watch blasphemy happen 5, 10, 20, 50 years ago? I think not.
Both the technological changes and the cultural changes…
especially the cultural changes enabled by the technological changes, and primarily the Internet allow one more way for secularism to keep chipping away at conservative religious Cultural Inertia.™
Information Kills Religion.™
We can win… times are changing.

So check out Blackmore’s Night and Candace Night, doing Dylan’s Classic, “Times They are a Changing” (yeah its far cry from Frank Zappa, but hey I like lots different kinds of music, and check out Ritchie Blackmore’s Renaissance guitar work in the background: good stuff).