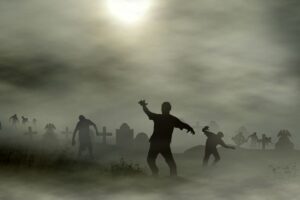 David Chalmers the philosopher has become famous for his musings on consciousness which I have written on before, here and HERE.
He has proposed that the supposed “Hard Problem” of consciousness: perceptual feelings (such as how we experience redness, or music) and thoughts are not amenable to physical reduction to operations of neurons and functional areas of the brain: there must be something more-though he as yet after nearly 30 years of discussion on consciousness has not proposed just what that something else might be nor how it might work.
One of his arguments for the insufficiency of consciousness is the idea of a philosophical zombie which can emulate a human being in every way yet has no internal experience of consciousness- and that since one can conceive of such a thing, then consciousness as produced by a physical brain is not sufficient or necessary for human behavior and must be something other than physical. Consciousness will never be reduced or explained by merely physical processes in the brain according to Chalmers.

A number of critiques to his 1996 thought experiment have been presented over the years by other philosophers, some of which are referenced in the Wiki linked above, but I’ll concentrate on two more recent examples from working scientists. 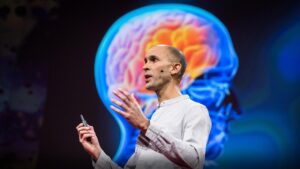 First, the consciousness-perceptual researcher Anil Seth has offered that just because someone can think of something, imagine something in a thought experiment, doesnt mean it applies to reality, to real life. 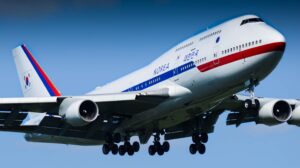 He explains that just because one can imagine a 747 flying backwards, doesn’t mean a real one could, or that such a thing could exist nor that the thought experiment tells you anything about REAL 747’s. To compare it to Chalmer’s idea of the philosophical zombie, a backwards flying 747 would propose to show that lift is not necessary for flight, as a 747 plane could supposedly fly backwards with all the needed lift characteristics of its forward-facing wings eliminated. Planes like 747’s fly only because of air moving sufficiently fast over the properly curved wings, creates higher air pressure underneath the bottom surface of the wing, which in turn creates lift-and the plane flies.
A 747 could not fly backwards, no matter how clearly you may imagine it. The thought experiment tells you nothing about the reality of 747 function just as the imagined zombie tells us nothing about the reality of consciousness and human behavior.
A zombie-human being with no conscious experience-no feelings, no perceptual experiences, no thoughts-would not act, respond, or behave in any way like a conscious human. Imagining an impossible something does not make it so, or inform us about reality. An imaginary backwards-flying 747 tells us nothing about lift or flight, Chalmers philosophical zombie tell us nothing about consciousness. 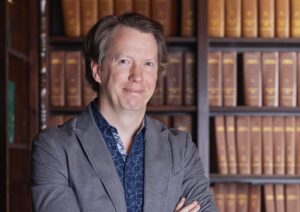 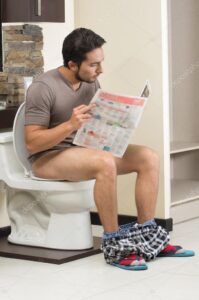 Imagine a human that is a “metabolical zombie”- it eats: chews and swallows just like a real human, and urinates and shits just like real humans do BUT-it has no “internal digestion experience” it doesn’t digest but emulates human metabolic behavior in every other way. Like Chalmers’ equally imaginary “philosophical zombie” that has no “internal conscious experience” but somehow acts just like a conscious human, my “metabolical zombie” with no “internal digestion experience” acts just like a normally functioning human human that digests its food and eliminates it (like our friend on the toilet), in the normal human way. The proof is in the pudding, so to speak.
Absurd isn’t it? It is easy to immediately realize that without the causal process of digestion you wont get a normally eliminating human being, similarly without the causal process of conscious experience you won’t get a normally behaving human either.

Here in the real world-we do sometimes observe living human zombies, whose consciousness is missing or impaired significantly: those in a vegetative state, or experiencing temporary absence seizures, and they do not, cannot behave and respond normally – lacking full consciousness. 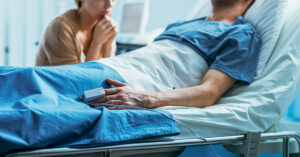 Most patients in a vegetative state, will open their eyes and possibly track objects, react minimally to a painful stimulus, and experience sleep wake cycles-all of which comatose patients do not do. They will not respond however to questions or commands and seem utterly unawares of themselves or their surroundings. Their simple behaviors are mediated by an intact and functioning brainstem and midbrain structures, but the cerebral cortex that manages our consciousness-our awareness of self and surroundings and responsiveness is offline so to speak, and normal human behaviors do not occur without conscious operation and control. The person is alive and has physiological functions, breathes on their own, and exhibits very basic automatic behaviors-true zombie-like, but does not produce typical human behaviors of awareness, perception, cognition, language, thought, responsiveness, self-initiated behaviors, memories, or emotions, and the like – which Chalmers’ philosophical zombie is imagined to do -without consciousness.

People undergoing short absence seizures “check-out” momentarily-are unresponsive, unawares, perform automatic behaviors such as chewing or lip smacking, may stare off into the distance-for a matter of a few or tens of seconds-it is obvious that the lights may be still on but there is nobody is home. EEG tracings will show the wild disruption of normal brain electrical activity during the brief loss of consciousness. Again we get true zombie-like behavior with nothing of the behaviors of the supposed philosophical zombie. When consciousness goes, the normal behaviors listed above disappear as well. Like the backward-flying 747, philosophical zombies don’t exist, can’t exist.

Scientists are careful not to become too enamored with their own thoughts-whatever conjectures they may formulate, they must be tested against the real world. Science as a method stays grounded to reality in this way. Such constraints are not always observed in philosophical musings or religious proclamations. For this reason much of philosophy (not all) and most, if not all of religion can be safely ignored. Imaginings can get you clever insights, entertaining fantasies and pleasurable diversion-but when relied on to make claims about the real world, without any test in reality-they can lead to the absurd and can be safely ignored. Science itself, neuroscience in particular has a great shot at one day illuminating just how consciousness is produced by a working human brain. It wont be philosophers with silly suppositions that will one day figure it out.