Lecturer in Developmental Psychology with passionate research interests in Consciousness and Cognitive Evolution. My driving motivation is to dispel outdated religious based ideas about human nature that are ingrained in the folk beliefs of our modern culture. Our uniquely human consciousness and cognitive abilities may be the result of our two-handed competence manufacture of stone tools, which mediated the evolution of our unprecedented conceptual abilities. The New Enlightenment secular humanist movement is the hope of the human race to end the tyranny of religious thought. 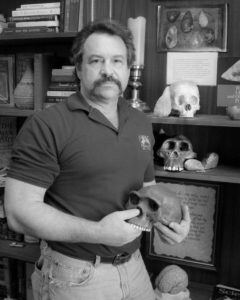