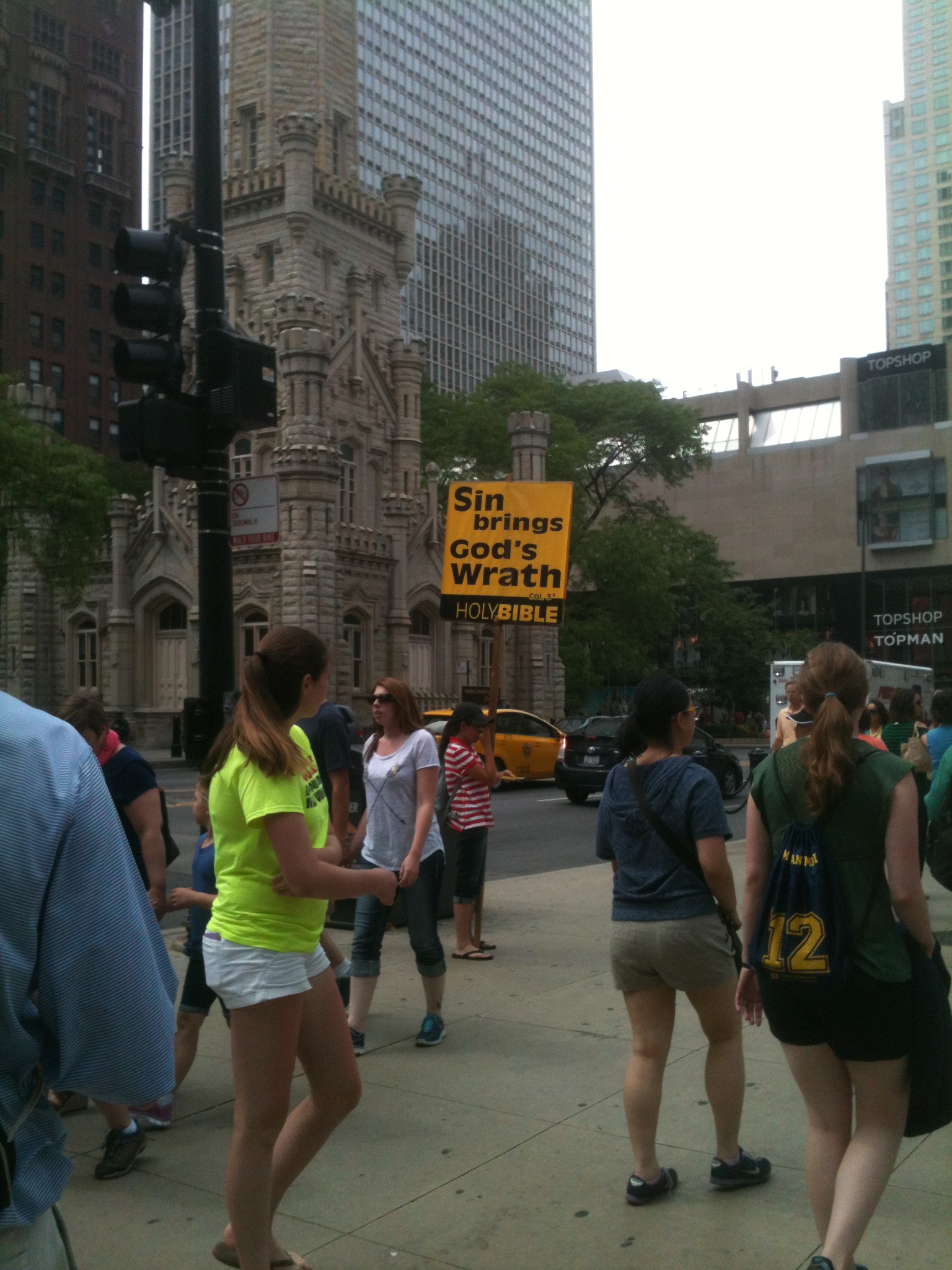 A trip downtown to Chicago: And the Arrogance of Religious Thought is rampant.

Somebody has to tell them. We can’t keep quiet. Stridency is in order here. Why is condemning others to eternal gruesome pain in some Omnipotent Prick’s never-ending medieval torture chamber PC? Why is it allowed, unchecked, unchallenged?
No more.
All this from the religion of love:
“God loves you, But if you don’t believe what I believe, what we believe, or believe it just the way we do at our particular church… you will burn forever and deservedly so!”
What a crock. Nobody in their immediate circle, even if they might think it for a moment dares tell them. 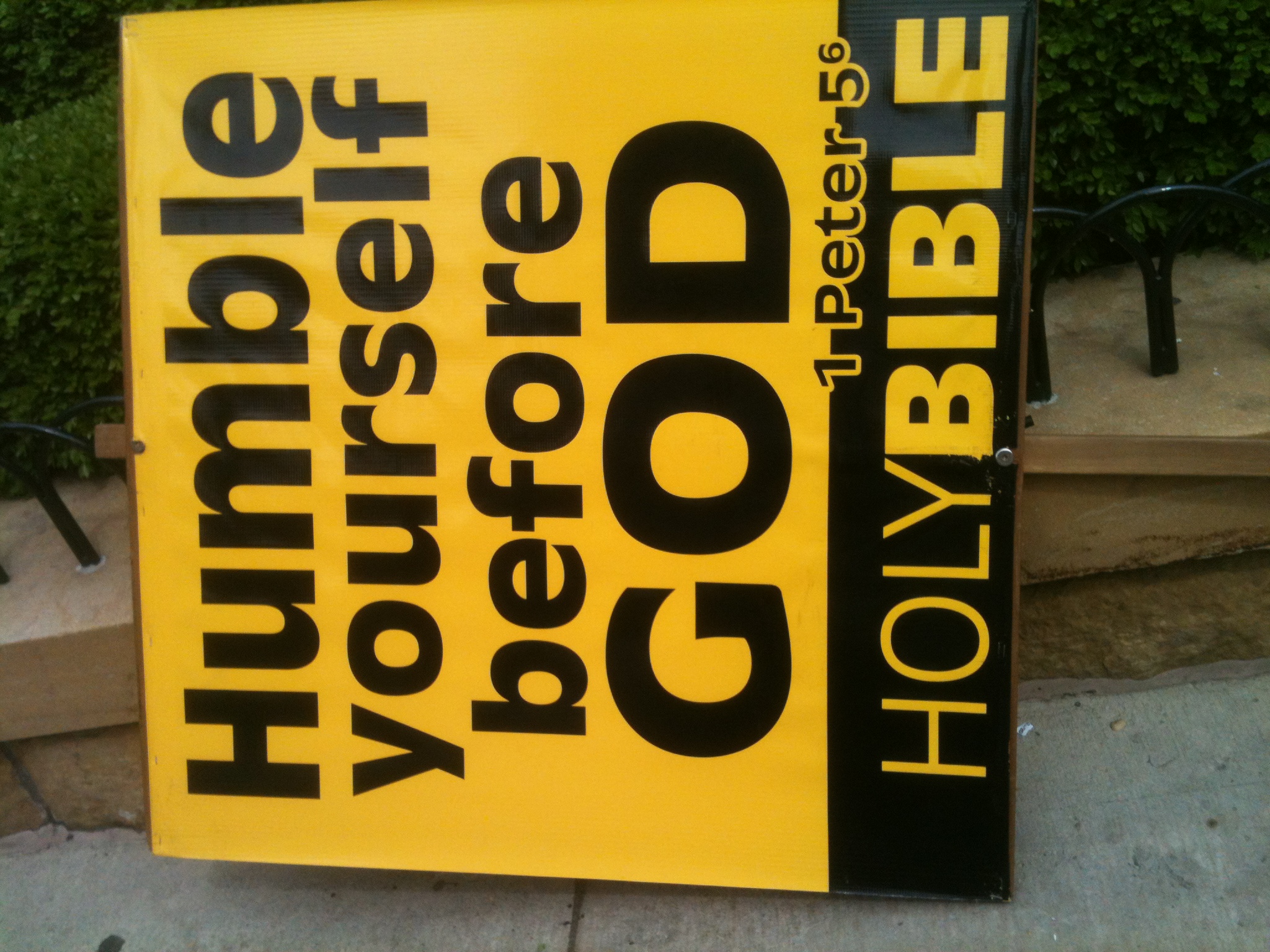 We should. Daily. Refute it. Constantly. Stridently.
And we are, at unprecedented levels in the past decade since the beginning of the New Enlightenment.
The backlash is strong, expectedly, but never before has the skeptical freethinking non-believer community come out so strong, so vocal, so visible than in the past decade.
But we can do more.
As another example of why we need to educate people on the absurdities and atrocities of Xian thought, the lovely Xian punitive attitude gives us our draconian drug laws with 2 million people in prison in the US, more than fucking China!! And China is supposed to be the incarnation of the “Evil Empire” a repressive Communist regime with little regard for human rights and while that may be somewhat true… they have 5 times our population! And we are supposedly an enlightened democracy, “land of the free, home of the brave.”
Lock people up for making themselves feel good? THNX XIANITY!!
Death penalty? Oklahoma, Florida, Texas, Georgia, the heavily Conservative Xian states. All this from the religion of love.

I leaned in to one of the kids holding one of the signs, patting him on the shoulder and nicely said “It’s all bullshit, pal.”

Any good person can be the exact same reasonably honest, mild-mannered, considerate, hard-working family oriented person that the vast majority of humans around the globe are now, whether brought up Buddhist, Baptist, Catholic, Hindu, Muslim or utterly non-religious. It doesnt matter one bit to how humane a human you will be.
Religion just gets in the way. At best is a harmless diversion if kept to one’s self, but most often it is the prime if not only source of misogyny, homophobia, science denial, and division left in the modern world, at worst the worlds main source of xenophobia, dehumanization, and horrific violence toward women and non-believers.
We don’t need this shit.
Tell believers, at the risk of not being PC, tell them. You wouldn’t let your friends drive drunk, tell them not to try to run the world deluded by blind adherence to whatever brand of bullshit they were taught as children anymore.
Don’t let ’em drive Xian.