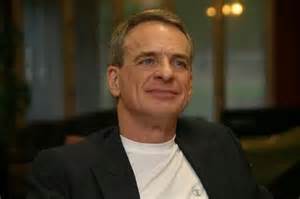 William Lane Craig the darling of the Xian apologist set and probably the best they have to offer, is so convinced of his knowledge as provided to him by way of the Holy Spirit, that facts to the contrary would mean nothing to him…
The Arrogance of Religious Thought has no bounds:

“Dr. Craig, for the sake of argument let’s pretend that a time machine gets built. You and I hop in it, and travel back to the day before Easter, 33 AD. We park it outside the tomb of Jesus. We wait. Easter morning rolls around, and nothing happens. We continue to wait. After several weeks of waiting, still nothing happens. There is no resurrection- Jesus is quietly rotting away in the tomb.”

Craig told him he would still believe in the resurrection of Jesus, due to the “self-authenticating witness of the Holy Spirit.”

You can get even more confirmation of Lane Craig’s unshakable belief in the Gospels and his being informed by the Holy Spirit above any or all empirical data here.

Now I have devout Xian friends who are kindly worried about my eternal soul and discuss religious and secular ideas with me regularly. Quite educational for all of us really. And one of them clearly says if HE went back in a time machine and saw the resurrection didn’t happen, he would have to change his mind, in light of the facts. An honest man if I have ever met one. And he offered that voluntarily in the midst of conversation one day, and he was unaware of Lane Craig’s complete opposite response to the same scenario as posed, despite the fact my friend had seen Lane Craig speak in the past and of course thought Lane Craig was just the best and had made such an airtight case for Xianity whenever he spoke. Yet my friend has an integrity Lane Craig will never have.
And the disease of being so sure of your own ideas that the facts of the matter don’t matter, doesn’t only affect theologian preachers posing as philosophers like Dr.Craig.

Consider the curious case of the popular philosopher of mind: David Chalmers.

Chalmers made his reputation some years ago by proclaiming the “Hard Problem” of consciousness to be intractable, that is we will never, in fact can never, figure out how physical stuff (the brain and its neurons) gives rise to the feelings, the phenomenal experience of consciousness.

Whenever a philosopher makes an Asshole Statement™ (AS) like that, that some thing yet undecided by empirical investigation is, in principle, already decided as impossible (to HELL with even bothering to collect the facts, I ALREADY KNOW BETTER). I cringe with with disdain and disbelief. And I am in very good company:
Check out Jacob Bronowski’s retort to another philosopher who just knew better ahead of time: Friedrich Hegel,
Jump to 16:20 for the segment. Although I highly recommend the entire episode “Knowledge and Certainty” of Bronowski’s classic Ascent of Man:

But Chalmer’s proves himself to be an even bigger DB, even more arrogant in the fascination with his own ideas than the redoubtable Lane Craig.
Christof Koch, a neuroscientist who actually works on the phenomenon of consciousness, instead of merely thinking about it, relates an interaction he had with Dr. Chalmers on the subject of consciousness and that it could never in principle be shown to be mediated by purely physical processes and found him to be every bit as certain in his own intuitions as Dr. Craig:

“Dave taught me an important lesson about philosophers… I was astounded when he insisted that no empirical fact, no discovery in biology or conceptual advance in mathematics could dissuade him of the unbridgeable gap between the two worlds. The Hard Problem was not amenable to any such advances. I was aghast.”

I was blown away as well. I’ve read a lot of Chalmers work and his arguments left me unimpressed (the subject of a whole other post someday soon), but I had no ill feelings for him other than his “in principle” bullshit approach to a behavior of the mind we have barely begun to investigate. I never expected him to graduate from an AS™, so typical of philosophers, to a full blown BFRC™!!! (Beyond Fucking Retarded Claim)…
That kind of spew I ONLY expect from Theological types, NOT academic investigators who claim to be in the business of discovery.
I suppose one can set such a high probability on a claim that they think it highly unlikely that they will ever be proven wrong, as most skeptics might claim about the existence of fairies or god. But even the staunchest atheists among us readily allow that should sufficient evidence be obtained we would have to reconsider and in light of the facts would have to change our minds.
But not Chalmers, not Lane Craig.
Now I gotta cut Lane Craig some slack. He is so invested, emotionally, professionally, spiritually there is no way he could capitulate to the way the world really is, after all he communicates with the Spiritual Realm and has access to knowledge us regular mortals just don’t have, being informed of the Ultimate Nature of things by the Holy Spirit. So its not surprising he might make an AS.
But WTF is Chalmers’ excuse? Surely it wasn’t the Holy Spirit that gave him the Ultimate Scoop on consciousness??
If not the Holy Spirit, maybe Hegel’s Ghost?, Lear’s Fool?
Or maybe he is just so impressed with his own logical constructions that he is just certain he knows how the world works ahead of time. Maybe he has such a far superior intellect that he has no need of data, those trifles us mere mortals have to uncover to find out the fact of any matter.
Chalmers, Hegel, Lane Craig’s Holy Spirit, Lear’s Court Jester… “to HELL with the facts.” 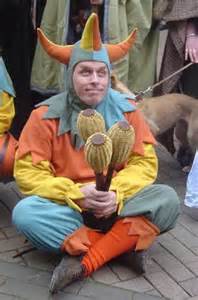 One thought on ““to HELL with the facts…””