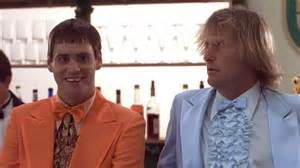 Go to a bookstore, any bookstore, even one in a rather conservative Xian area like Paducah, KY where the Xian literature and Bibles and Bible accessories take up 3-4 full aisles. There’s even a whole shelf entitled “Christian Fiction”, which is more than a little redundant to the billion or two of us nonbelievers around the globe and to the other 3-4 billion humans who grew up learning the unquestioned “truth” of their particular religion (Islam, Hinduism, Buddhism, etc.) to the exclusion of all others.
Be that as it may, check out the magazine section this month. It’s just a few weeks before Xmas and among all the obligatory historical Jesus magazines, National Geographic’s December Edition “Our Greatest Journey” stands out with its characteristic strong photo in the yellow frame, with the subtitle “One Man, 7 years, 21,000 miles: Retracing 60,000 years of human migration.” It is the story of the very beginning of a rather ambitious trek to retrace on foot the migration of modern humans out of Africa from the oldest known site of Homo sapiens fossils in Ethiopia, out of Africa through the Middle East and up into Europe, across Asia and into the New World by way of Siberia and the Bering Strait into Alaska, down along the coast of both North and South Americas ending at the southernmost tip of Chile, Tierra del Fuego. 21,000 miles and 7-8 years on foot following the path traced by the oceans of genetic, fossil, and archaeological evidence from the birthplace of humanity to the point of our farthest migration around the entire globe that took roughly 40,000 years the first time. 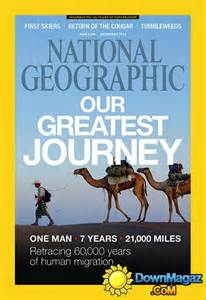 But of course this trek is a fool’s errand of the most magnanimous proportions as none of this happened, the data is all wrong as are the tens of thousands of scientists who work in these and related disciplines, because evolution, human evolution, never happened and the earth is only 6-10,000 years old because Ken Ham and Ray Comfort say so.
And you can’t be a real Xian if you dare believe an ounce of the poppycock that science tells you about human evolution, the age of the earth, or anything about evolution for that matter. They know better. You don’t read your Bible right, but Ken and Ray do. They got the real scoop. Besides, according to the dynamic duo of delusion belief in evolution is responsible for the precipitous decline in morals, the breakdown of the family, the homosexual agenda to take over the world (and make us all wear more pastels and watch more anime) and is likely to make your face break out if it doesn’t make you fat first. 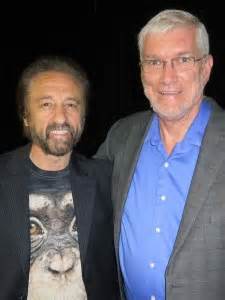 I get taken to task for attacking Creationism because it is not just delusional pseudo-science, it is someone’s religious belief, it is an article of faith to be respected as part of someone’s culture and upbringing.

Sometimes ideas, however fervently believed, are just plain wrong. Faith is belief without evidence and an excuse to revere your own ideas however ridiculous or unfounded. It causes most of our troubles. Religious nonsense no longer gets a free pass.
In the very same issue of Nat Geo, two articles past the incredible lead story, is the at once moving and disturbing story of a young African man, also from Ethiopia who dared challenge one of his tribe’s engrained, unquestionable cultural beliefs.
Lale Labuko has rescued 37 children from unfounded, delusional cultural ideas. His tribe has been convinced for decades, maybe for centuries, that children born out of wedlock or whose teeth grow in from the top first instead of the bottom are cursed and will bring disease and famine to the tribe. And so they need to be killed. So he took them in and let them live and nobody died; no plagues, epidemics, no starvation. No evidence whatsoever that the old customs were true. Should he have walked away instead, respectful of others religious beliefs in a gesture of cultural relativism and respect? Or did he smell bullshit, in this case bullshit that was costing lives and dared to give these delusions no respect at all and prove them to be as utterly nonsensical as they appeared. 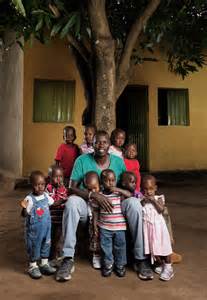 So are we to give Ham and Comfort’s delusions a free pass just because they hide them behind the false cloak of religious authority, of faith, of equal cultural beliefs, of a competing but equally valid worldview? And because they don’t kill anyone; harmless delusions to be accepted as religious claims having spiritual import?
Hell no. Bullshit is bullshit even when wrapped in a religious package. And this denial of science is perpetrated on equally powerless children who are not allowed to question religious “truths” their parents or ministers teach them. And the delusional duo don’t stop there, they want their crap taught in our schools.
Challenging absurd ideas that have no basis in fact can save peoples lives, free them from repression:
Think of ALL the bullshit religious claims that promote homophobia and misogyny allover the world or the Pope’s absurd insistence on continuing the Catholic churches murderous stance against birth control…
At the very least challenging delusions allows for the free and unfettered spread of information so any individual can see the data and decide for themselves.
What we know about Human Evolution from archaeology and paleoanthropology and now genetics is phenomenal. It is as for real as any of the other incredible wonders of scientific knowledge we have discovered and employ daily for the good of us all.
And these two bozos think they will save the world from descent into immorality by making sure all good Xians and even your kids don’t hear about it.
Their Creationist claims are every bit as preposterous as those of any primitive, uneducated tribe.
Mr.Labuko had enough education and incredible courage to stand up in the face of ignorance and delusion.
Check out his courageous story:

Creationism is the Biggest Lie ever perpetrated on the American public, as in denial of reality as the fear of cursed children. It deserves to be challenged and given a daily drubbing until it disappears.