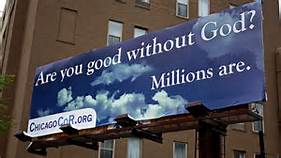 This OpEd in the L.A. Times, How Secular Family Values Stack Up by Phil Zuckerman, sociologist and author of Society Without God, examines the development of ethics in secular families where children are raised without the idea of god or religion.

“More children are ‘growing up godless’ than at any other time in our nation’s history….So how does the raising of upstanding, moral children work without prayers at mealtimes and morality lessons at Sunday school? Quite well, it seems.
Far from being dysfunctional, nihilistic and rudderless without the security and rectitude of religion, secular households provide a sound and solid foundation for children…High levels of family solidarity and emotional closeness between parents and nonreligious youth, and strong ethical standards and moral values that had been clearly articulated as they were imparted to the next generation.”

It makes perfect sense. I don’t argue with my kids over sex, drugs, or their beleifs (or having to go to church on Sunday mornings or Wed. nights). And they can talk openly about drugs, their partners, what there friends are doing. We discuss it all like adults. My wife and I try to give them guidance like not overdoing drugs or alcohol and not getting pregnant until you are ready to have a child. Or that you will need a good income to live comfortably. We give them plenty of space to figure it out for themselves, while having a stable home, food on the table, and an open forum to talk about just about anything…and we do. There are no off-limits taboo subjects or tension between us trying to live up to ridiculous religious ideals.
So we have the opportunity to be more open and emotionally closer. We avoid all that churchy bullshit that doesn’t work anyway which just tends to separate parent and child to no avail. Kids have sex, do drugs, and come to their own beliefs regardless of religious upbringing. So we avoid all the bullshit in my house. And it seems to work for us and according to Zuckerman and the research he reports, it works just fine for many others raised without religion.

Zuckerman again: “My own ongoing research among secular Americans — as well as that of a handful of other social scientists who have only recently turned their gaze on secular culture — confirms that nonreligious family life is replete with its own sustaining moral values and enriching ethical precepts. Chief among those: rational problem solving, personal autonomy, independence of thought, avoidance of corporal punishment, a spirit of “questioning everything” and, far above all, empathy” 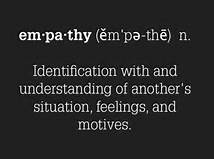 Now there’s a key word: empathy. Religious divisiveness isn’t often discussed (I harp on it all the time) with Xiansanity. It is painfully obvious worldwide now with the rampant sectarian Islamic violence now spreading to every country and to unbelievers everywhere. Within Xiansanity thankfully, divisiveness is much more subtle than the violence of the Dark Ages between rival Xian factions which was a ugly as what we see today in Islam. However, what remains in the American South often is an attitude of the Evangelicals toward all other denominations that is beyond obnoxious. And the divisiveness inherent in all religion doesn’t stop there. It is just more prominent among the fundamentalists.

It has been commented by many of us in the secular advance, that it seems the religious, especially in ‘Murica, promulgate a great deal of the racism, homophobia, rampant nationalism, even militarism, and it always seems to be more prominent in the hyper-religious South.
Here’s some data to back that claim up. Zuckerman cites this Duke Study in the LA Times article as well. 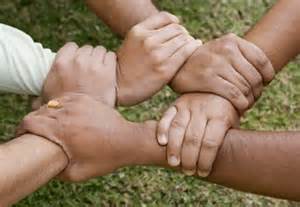 Kids today don’t buy the bullshit that their gay friends should oughta burn in hell, or that racial differences are worth getting torqued about, or that sexual practices need to be taboo and feared. Not growing up religious, one avoids all this useless conflict between parent and child. Then you can work on the values of humanism without the roadblocks of religious nonsense. Empathy comes to the forefront when the discussion is free and there are no divisive religious proscriptions standing in the way to accepting others as equals. Many kids today, religious and non-religious don’t give a damn what church you go to… or who you have sex with, or how you have sex.

Check out Phil Zuckerman’ findings on all this secular upbringing and its benefits to family, and society as a whole, in the LA Times article linked at the top, or check out his most xclnt book: Society Without God.

end religion now
they just get in the way