I coined the term “cultural inertia” some time ago to describe the phenomenon that some ideas just hang around if widely-held, if they are the majority view, and the average person within the culture never bothers to question them. Communication with the dead comes to mind as an idea that is still prevalent in many tribal cultures around the world. One can not merely venerate or worship their predecessors but also still connect with them in various ways it is said:

How to Communicate with Your Ancestors.

Well, I stepped in it now, didn’t I? I googled “ancestor communication” and one of the first entries that appeared was the Gaia article linked above. It includes a nice compilation of perspectives from different cultures around the world that not only venerate their dead but claim to communicate with them and openly encourage the practice. The author states that his dead father “contacted me in a dream.” He describes being despondent after the death of his dad and although his father was often on his mind, he never considered trying to communicate with him until the idea was suggested to him at an ashram he was visiting “searching for inner peace.” So he claims later that his dead father then “contacted him.” You wonder if he had dreamed of his Dad previously and had forgotten, and/or if he had not been provided with the idea that dead people can be communicated with, if he would have made the same interpretation of dreaming of his Dad.

I lost my father early in life as well. I was 23: he had his one and only heart attack. One and done. I dreampt of him many times over the years, especially the first few after he was gone. I think of him now and again still, over 40 years later. But although he was a subject of my dreams immediately after he died, I wouldn’t say he “contacted me.” He didn’t do anything, after all he was dead. Considering the Gaia article’s author’s claim, I suspect that we both dreamed of our fathers. Like most folks we had prominent memories of them, but our fathers had nothing to do with it as they were dead, and the dead don’t exhibit behaviors, communicative or otherwise. We know this. We have powerful emotion-laden thoughts in our heads and we dream of such things that weigh heavily on our hearts and minds, especially loved ones whom we have recently lost. One wonders if the author had never had that suggestion provided to him, that communication with the dead was somehow not only possible, but something that could occur simply by trying, would he had only reported: “I dreamed of my Dad.”

But the author and folks from many cultural traditions from around the globe will interpret having a dream of a loved one not as something of course generated by your own mind, being motivated by powerful emotional longing or unresolved conflict, and drawn from the elaborate memories we possess of our loved ones …but as initiated and accomplished by the deceased: the dead did it, they contacted us…from beyond the grave. They REALLY talked to the dead…and the dead talked back.

I can’t name the author as it attributed to “Gaia Staff” at the top of the article, and it ends abruptly mid-paragraph before an advertisement to sign up for a monthly fee. Earlier in the article the author claims:

“I have found many moments of joy and contentment when I am in communion with my father and my ancestors. They laugh with me, they send me messages in the wind, they sail in on the wings of a hawk, they comfort me with love and provide loving guidance for my soul’s path in this life.” 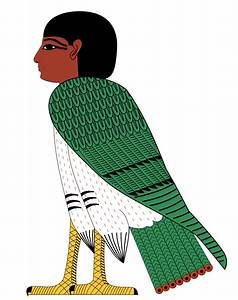 Do they really, or is it just the pleasant thoughts we may have reminiscing of those close to us? You wonder how much folks repeating such spiritual truisms, truly know they are merely speaking metaphorically and poetically, and don’t really believe things like their dead relatives yet laugh, send messages, or literally sail on the wings of a hawk.

As long as I was in this deep, why not peruse the next prominent link (that wasn’t for DNA testing or other sorts of ancestry topics) and I found: 5 Ways to honor your Ancestors by Dr. Daniel Foor, PhD., Clinical Psychologist.
From his website:

“Talking or even just listening to dead people, even if they’re your beloved dead people, tends to raise a few eyebrows, and some of the concerns may be legitimate…distinguishing mental chatter from direct spirit contact, (is) a refinement that I’ve found only comes with a balance of faith and healthy skepticism combined with practice over time.”
“Simply taking a moment to consult your personal instinct is often sufficient to determine if any spirit is basically loving and well-intended.”

How would you know, what criteria would you use to determine if your thoughts of a loved one were just that: your own thoughts and not actual contact by a dead relative: personal instinct, faith and skepticism, or just “discerning when an ancestor is actually trying to get through is not always easy; however, contact dreams are often accompanied by the felt sense of actually meeting with the deceased loved one.”?

Evidently, there is no external criteria to decide if you are communicating with a loved one in your head, or just imagining it, it is whatever you decide: what is mere “mental chatter” and what is the real McCoy. If it feels like you really heard or talked to them, well then, you did. Evidently, it is that simple. And desperately trying not to be too snarky, simple is the proper word for it.

The credulity of people, even in modern cultures to accept that you might be able to talk to the dead yourself, or need a psychic expert for the process, a widely accepted idea which folks like the infamous John Edward or James van Praagh, have made their fortunes on, is driven I think, by the strong cultural inertia of the claim of dualism: that there is a mind or soul that exists beyond a person’s brain that contains their real essence, i.e., their intellect and personality and it undoubtedly survives the death of the person and their brain.Therefore sometimes you can still talk to them. This is accepted as almost a matter of course, even among many of the least religious. And that soul floats off to a celestial realm of some kind, somewhere, beyond, up in the heavens. It is where our loved ones go (most of them, hopefully).

Unfortunately, despite the wishful thinking of the world’s religions for the past 2-3,000 years, and the claims of psychics, a few noted psychologists, and spiritualists ’round the world, we have no evidence for any soul or mind surviving beyond the death of the brain, and no evidence at all of any heaven or hell. In fact the idea of hell “below”, deep down in the earth somewhere is debunked by modern knowledge of the structure of the earth, its continents, mantle, depths and iron-nickel core. No hell has been discovered and no heaven above has been run into with our exploration of the atmosphere, the immediate space surrounding our little planet where thousands of satellites have orbited for decades, and then of course our expeditions, manned and unmanned to the moon. There is no heaven above. Our ideas of celestial realms and depths of eternal despair have morphed from the real places existing in specific directions as described in ancient myths, to more nebulous conjectures about spiritual realms that exist “somewhere” “out there”, outside of space and time. These sorts of ideas are yet promoted by the world’s religions, and are generally accepted by many in our modern culture as just unquestioned givens, even among the not-particularly religious. The irreligious and anti-religious among us, roughly 2 billion and more on the planet nowadays, have of course jettisoned the ideas of souls, heavens, and hells, along with a myriad of other equally unfounded religious claims.

When the brain dies, we die. Their is no soul that survives the death of the brain, regardless of the claims of the spiritually inclined that there is some nebulous and never-defined energy that somehow escapes the brain and exists in some form, somewhere, and we can talk to it and it talks back to us now and again…but not often, and only in our heads. And we can be fooled by mere “mental chatter” as the good Dr. Foor warns us, but again if it really, REALLY feels like we did talked to a dead loved one, well then, by Golly we surely did. I t wasn’t just another thought in our head, or a dream, or a perceptual illusion.

It seems to me if people are taught this belief, as has been common in so many cultures for millennia now, in one sense, it’s not terribly harmful as this delusion makes up but a tiny fraction of most people’s daily lives, and is most prominently indulged in mostly immediately after a loved one’s death. It doesnt affect daily realistic thinking and decision-making all that much: a harmless enough delusion. Again, I wonder if one was never taught that this could be “oh so true” because so many people have believed for so long (and repeated it and taught it to another generation), that no-one would think of it on their own, as the author of the GAIA article never considered talking to his dead Dad to be a possibility until the spiritual authorities at the ashram told him so.

Of course, believing fantasies to be true, can let your credulity run free and one might be susceptible to other forms of religious BS that isn’t so benign, or to scams of all sorts. On a similar note, I notice people getting rather indignant when science and scientists critique spiritual ideas of heaven and soul, and claim science is arrogant or not inclusive of diverse cultural beliefs, etc. It does promote an anti-science attitude a bit.

When rats and rabbits die, its over, when your dog Rusty dies, he dies and when bipedal primates succumb to the inevitable and their brains stop working along with all their bodily functions, yes, they die as well. And they dont talk about it. They can’t. Talking to your dead relatives is a fantasy in your head. It is time we stop hosing another generation about the finality of death. But then its time to end teaching any and all unfounded religious claims.