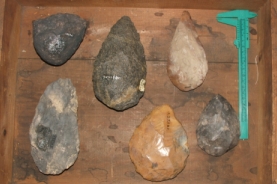 This has been a long time coming.

WELCOME to the inaugural post of “Dispatches from the New Enlightenment”! I will be posting daily on all things secular, scientific and humanist… Hopefully until I croak or until the bad habit of religious thinking diminishes to the point of obscurity worldwide as it has in large pockets of many countries; whichever comes first… this could get interesting.

THNX for dropping in…

The New Enlightenment is a grass-roots movement conceived to carry on and pick up where the “first” Enlightenment of the 17th and 18th centuries left off. Wikipedia explains the original Enlightenment’s purpose was to “reform society using reason, challenge ideas grounded in tradition and faith, and advance knowledge through science.” The New Enlightenment is marked as beginning with the publication of Sam Harris’ 2004 End of Faith followed quickly by Richard Dawkins’ God Delusion and the irreplaceable Christopher Hitchens’ God is not great. The new movement intends to continue to replace supernaturalism and authority in human affairs with naturalistic science based in reason and tolerance. In less than a decade, progress has been nothing short of spectacular.

My first involvement was at Northern Illinois University, Dekalb IL in 2006 while pursuing my doctorate degree. I was privileged to help form the NIU Atheists, Agnostics and Freethinkers, one of the first 75 or so campus groups to affiliate with the Secular Student Alliance (SSA), a nationwide coalition of college organizations. We added the term “Freethinkers” to the name as we couldn’t really form a secular group and exclude deistic Enlightenment thinkers like Thomas Jefferson or Tom Paine or believers of any kind. This movement has always been so much more than a venue for disbelief in god. It is as much about promoting science, reason and tolerance as engaging in critical analysis of supernatural and religious claims. Back then when the group of us total strangers met for the first time in the NIU Library lobby we were all reluctant to use the “A” word (atheist) out loud, even when among suspected fellow unbelieving scum. How times have changed. Taking a page from the civil, women’s and gay rights movements, the New Enlightenment has undertaken to raise consciousness of the widespread prevalence and legitimacy of non-belief. Atheism no longer is automatically associated with Hitler, Stalin and Mao (despite Christian propaganda to the contrary, Hitler was no atheist, and Stalin and Mao created their own “secular religions” placing themselves at the position of unquestioned righteousness, might and cruelty usually reserved for the gods of the Abrahamic traditions.) The non-believers of today promoting the New Enlightenment ideas of skepticism for all ideologies religious or political, and championing reason and tolerance to guide all human interactions have nothing in common with the monsters of the 20th century and their fanatical and dogmatic political systems of oppression.

In 2009, 3 short years later, here at MSU (Murray State University, Murray KY) where I currently teach, I advertised to form the MSU Freethinkers (MISFITS) student organization and was fortunate enough to meet a dynamic group of students unknown to me and to each other who took on the leadership of the group and established us as the first secular college group in Kentucky. A year later a second group of students approached me to advise their newly formed MSU Student Organization for Reason and Science (SORS). MSU now has one of two campuses in the US with two student led organizations affiliated with the SSA and we number among nearly 400 other college and high school groups promoting the New Enlightenment across the US. Not bad for less than a decade. No-one in these two groups gives it a second thought to utter the “A” word out loud now, given that it is plastered across all media everywhere as the discussion of the absurdity of religion’s claims and their repressive practices continues on a daily basis worldwide.

A lot has changed in less than ten years. Imagine what can change in 50. Who in the civil rights movement in ’63 would have predicted an African American US President commemorating the March on Washington 50 years hence? Incredible! The women’s and gay rights movements hadn’t even begun, yet consider how much they accomplished in even less time. The world we live in today, far from perfect as those movements work is yet unfinished, is incredibly more tolerant than it was mid-century.  So give this secular movement 10 full years, give the New Enlightenment 50 years or a century or two and see what can happen. I am incredibly optimistic that normal human empathy and intelligence can trump the divisiveness, repression and absurd beliefs ensconced in the world’s religions. Christianity, Islam, Judaism have had on the order of two millennia each, the reincarnation religions of Buddhism, Hinduism and the like a few centuries longer; the New Enlightenment hasn’t had a full decade yet.

OK, so why stone tools across the banner image above?

Well, besides regular secular updates and observations this blog will delve into what modern science has to say about human nature, from genetics and neuroscience mainly with a bit of my field psychology (mostly developmental) thrown in on occasion but especially and primarily from paleoanthropology and archaeology. My passion is to understand how our uniquely human behaviors evolved, especially our cognitive ones, and particularly our unprecedented conceptual abilities that develop in young children so rapidly that a 3 year-old leaves our closest genetic cousins (the chimps) cognitively in the dust. My own view is that our utterly unparalleled cognitive evolution had a lot to do with those tools and our making of them… much more on that later.

My other and very related passion is to give religious thought the drubbing it deserves. Not religious folks, religious thought. 50 years ago, when I was a kid, racist thought was as commonplace, insidious and largely unquestioned, even in the progressive North of the good ole U S of A as religious  thought is in many folks heads yet today. Through the courageous and unstoppable consciousness raising of the civil rights movements, racial thought has been diminished to minimal levels (still not entirely gone) and driven underground where the fuck it belongs wherever it does exist. Education was and is the key. Only a few white folks in America still hold onto such archaic and retarded thinking. White folks in the 60’s even liberal ones who would treat people of color politely and fairly, still used the “N” word as often as Democrat, Republican, Communist, European, maybe as regularly as they might use “neighbor” without giving it a second thought and had some level of the dehumanizing attitude that went along with it. The world, the US has changed a lot in 50 years. A black man wouldn’t walk within 100 yards of a white woman in ’63, even in a “liberal” Northern city. Now inter-racial couples are commonplace, even here in the South. And the young of today are as unconcerned with race as most are of sexual orientation. A lot has changed. Education; the exchange of information did it.

And so this blog is dedicated to exposing the absurdities and repressiveness of religious thought. It is the main if not only source of all the misogyny, homophobia, science denial, uncritical thinking and divisiveness left in the world. It is time we dropped it like the bad habit it is. We got rid of slavery. Racist thought has taken its hits. It is time religious thought fades away into obscurity. Education, better knowledge: enlightenment was the key to eliminating slavery and diminishing racism. Information can kill religion too.  The New Enlightenment is happening worldwide.Science says we are one species: with enlightenment about who we really are and an emphasis on reason and tolerance instead of Bronze age myths and medieval ideas, we could treat each other as one tribe as well.
“One Species, One Tribe”
I hope to make a pretty good case for all I said above in the coming months and years. Enjoy.