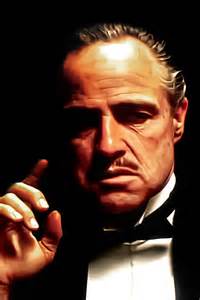 We have this clash of worldviews going on. Religious vs. secular. One group says review the evidence we have in today’s world and make sure it comports with selected parts of writings 1,000-2,000 years old because they were taught their book is the revealed word of god. Evidence that doesn’t fit is ignored, denigrated or blatantly lied about.
The other group whether they believe in a god or not, takes in the evidence and draws conclusions wherever it leads, counter-intuitive or not, materialistic or not, godless if supposing an unseen agent isn’t necessary to explain the data.

Most of the misogyny, homophobia, and science denial in the modern world stems from religious justifications.

The religious worldview though still formidable, is losing. In the West at least, it held sway for 1,000 years of Catholic theocracy. Science died. The Arabian Muslims kept Greek science alive, preserved really, for centuries when eventually the challenges to Church authority from the Protestant Reformation, the printing press, the Renaissance merchants, and natural philosophers accumulated to free man’s thoughts from dominance of much of those old writings.
And it has been in further steep decline ever since.

Most natural-philosophers who preceded the professional science class of modern times were undoubting believers in the Xian god. Nowadays, the majority of scientists have jettisoned god ideas altogether. The few that retain belief even in the Xian god, when pressed, admit to more of a deistic view than the staunch theism of the Creationist/Intelligent Design camp.
But even the most hardcore members of that group today (think Ken Ham, Ray Comfort, etc.) are incomparably less religious than a Dark Ages Xian cleric or the average 18th century citizen. Until the time of Darwin, all were Creationists as was Darwin himself, most followed Biblical injunctions prohibiting women from an education much less the vote, quoted Bible verses upholding slavery and racism, might still consider witchcraft a distinct possibility, didn’t question the Flood or regular miracles or the power of prayer, may still doubt the fact that the earth revolves around the Sun, and were certain the god in the heavens needed to tend to his Creation every second for it to function.

Even those most diehard of Creationists today don’t doubt heliocentrism, accept the Theory of Gravity without any need of gods hand, aren’t racists, abhor slavery as much as anyone else, dont worry much about the threat of witches, certainly encourage women’s education and don’t stone adulterers on the edge of town, nor gays, but may yet cling to loving the sinner while hating the alternative “lifestyle“.
How times have changed.

And the Creationist/ID camp is fractured by internal disputes over a young or old earth, the literal or metaphorical interpretation of Adam and Eve (in light of modern genetics), the Flood and fossil record. I’ve never heard of any of them try to uphold the idea of the firmament, and even Ken Ham has to let evolution by natural selection in the back door to explain the proliferation of his couple of thousands of “kinds” that he could fit onto Noah’s boat, into the few million species we have today in a mere four thousand years.

The steady advance of modern knowledge has destroyed the death grip of the “Good Book” on man’s continued pursuit of knowledge since the Dark Ages, and the unprecedented exponential increase of science we witness today is making it more difficult by the minute to devise and maintain ever more clever (and devious) ways of incorporating the data (or denying it outright) into the religious dominant worldview.

No, they wont go away easy, but taking the long term view; with religion having a 2,000 year headstart and 1,000 year complete dominance over free inquiry, is it any wonder that with barely 400 years since the Enlightenment and only 150 years since Darwin’s Evolutionary Theory and the subsequent explosion of modern science from the late 1800’s through the present that religious thought still has a formidable grip on some segments of the population?
Recent polls show nearly half of Americans now accept Darwin’s theory, barely a tiny percentage may still harbor ideas of geocentrism, and Creationism has been hovering at a third for some time.
It used to be everybody was a geocentric Creationist without question… under penalty of torture or death for heresy.
How times have changed.
Keep piling on the data.
We can win.
Think about it.