Human Evolution is not a fantasy resulting from a competing materialistic worldview that ignores the Bible as a science document. Human Evolution is a fact, one of many resulting from centuries of scientific inquiry that just so happens to result in a materialistic worldview… and yes, ALL SCIENCE completely ignores the Bible or any other proclaimed “revealed scriptures” as scientific documents. 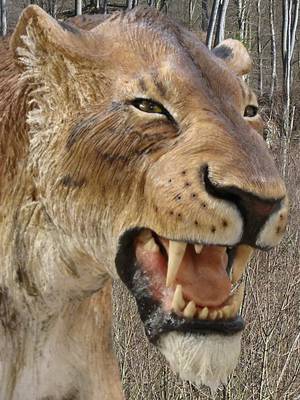 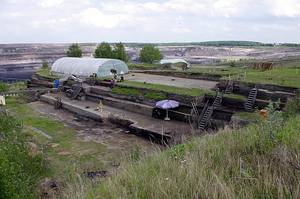 The teeth on this puppy are enormous: a fearsome predator of our human ancestors would have certainly encountered while hunting the same prey. There is no evidence that we had a taste for cat meat however, along with all the large mammals we did hunt and butcher and eat: horses, elephants, aurochs, deer, etc. 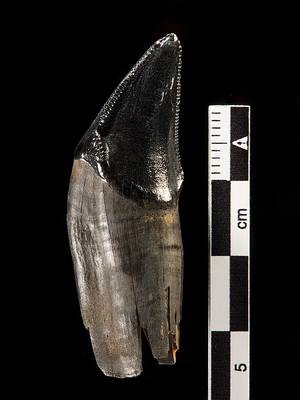 The site is famous for the preserved wooden spears dating from around 300,000 years ago that were found some years ago in association with butchered horse remains (cutmarks from stone tools on the bones). These spears could be thrown like a javelin, used as thrusting spears to drive into an animal or as defensive pikes to ward off creatures like the saber-toothed cats and other competing predators. See the image and link below: 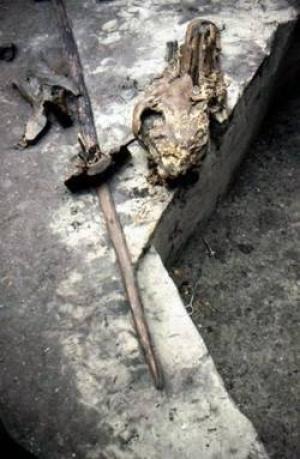 In a related Science Daily report we have evidence of elephant butchery and marrow extraction around 80,000 years ago. By 125,000 years (maybe earlier) the modern humans of that time had more than just wooden thrusting spears. They were hafting stone spearpoints on wooden staffs, making an even more formidable weapon that could slice through the thick hide of their many mammal quarry demonstrably better, including evidently elephants.

Despite the insane and vociferous denials of the Creationist we have the goods on human evolution as reported in these finds, we have the data.
We must continue to present it to the American public so they cannot get hornswaggled by Creationist lies.
Information Kills Religion.