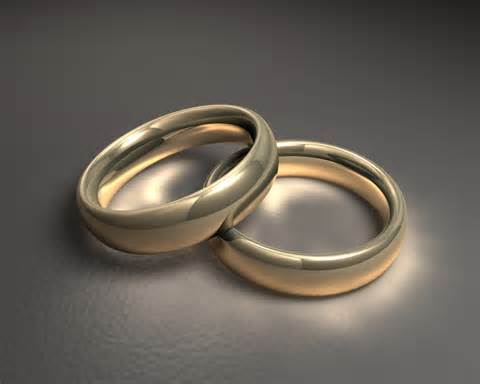 So there’s this guy from a little town in Kentucky, sets himself up as the “Commonwealth Policy Center.” Such a hi-falutin’ name but just a PO Box in probably his hometown, the equivalent of East Bumfuck, and calls himself “Director” which makes me think of “Il Duce”… kinda self-proclaimed importance, ya know?… and then proceeds to write letters to the Editor a few times this semester to our college newspaper to expound on Creationism and other conservative with a capital “C” concerns, like recently the “defense of man/woman marriage.”
Uh, oh, here we go.

So what pissed off Herr Dirretori enough to write this time was the failure of the KY Attorney General to defend the Commonwealth’s marriage law; that really frosted his ass. It seems the Atty. Gen. figured out he’d backed that horse just long enough to get elected but since it has no constitutional basis and the states with similar laws are dropping like dominoes the past few months that legally and politically it made no sense to fight a dead issue. But our pal really got incensed over the rats jumping off the “Good Ship DOMA” who professed that “redefining marriage doesn’t affect anyone else’s marriage” anyway.
Whoa Nellie! Talk about your frost-bitten gonads!

He sets us all straight with this line right out of the local Baptist pulpit:
“How human beings order themselves in the most intimate of ways has everything to do with the success or demise of their civilization.”
Really??
Let’s unpack that rascal, shall we? So if two guys fuck each other in the ass the cosmic order is a bit unbalanced but can somehow recover and still proceed, but if we dare let them wear a wedding band while they’re doing it, Holy Fuck! Civilization will come crashing down around us like cutoffs in a bathhouse.
Can anyone spell YMCA?

Can’t you just hear it?:
It’s bad enough we have to live with fruits and dykes and their unnatural acts against god, but if we let the goddam faggots and carpet-munchers git married on top of it, Well Jumpin’ Jehosophat everything will be ruined!

This fuck believes that kinda shit. It is what he’s been taught. He’s probably clear-headed and logical in much of what he does in his daily life tasks but when it comes to religious ideas, reasoning goes out the fucking window.

He then quotes a “Marriage Advocate” who tells it like it was: “sex makes babies, society needs babies, and babies need mothers and fathers.”

And there you have it.
We wont have any babies or mommies or daddies for babies if we let gays and lesbians get married. Somehow they will take over the world if we let them marry and convert or out-compete or somehow eliminate all heterosexuals and/or their couplings and end society.
Mr. Director and the Marriage Advocate and their ilk never quite explain that last part though; like exactly how all this destruction of society is going to happen.

So lets look at some data on the subject shall we?
Homosexuals of either gender tend to make up around 5-8% of the population in any country, any ethnicity, now and in the past. As with the incidence of same sex preference in hundreds of other species, in sexual reproducing species the variance in sexual orientation shows a minimum of same sex behavior, with most of the species individuals reproducing just fine heterosexually and producing plenty of offspring. Humans are no exception and despite same sex behavior going back millenia we have surely no problem making and fostering babies. From a few million (or less) on the planet for much of our existence we now have a population of over 7 billion, and growing. So having some gay folks around has never slowed us down one bit.
The experiment has been done and Conservative Xians couldn’t be more clueless or more wrong: and yet they are so sure if we let them marry, then surely, somehow they will destroy our out of control fecundity.
As I said the mechanism whereby this would be accomplished is never quite explained in Mr. Director’s newspaper rant.

I imagine because one tenet of Conservative Xiansanity’s absurd anti-gay propaganda is that homosexuality is a “lifestyle choice,” a learned behavior, that it could somehow take over the world, turn us all gay I guess if we give it one more sanction, one more ounce of legitimacy.
This is what happens when you get your science from a church. Just like Creationism, you get bullshit and denial of reality.

What they are really pissed off about is that:
“Redefining marriage is incompatible with religious freedom – the ability to live in a society according to one’s moral convictions” and “We are actually talking about a covenant that Christians, Jews, and Muslims believe is a sacrament that God ordained.”

Which to me is downright laughable except these folks really believe it. So two things come to mind:
1. They have religious freedom to not marry gays in their church, but no freedom to make the rest of us follow their “moral convictions.” The vast majority of us do not go to their church. Making anyone else follow the dictates of your religion is not religious freedom but religious imposition, and we are damn tired of it.
2. The second part is really hilarious: most Muslim countries teach Jews are descended from monkeys and pigs and some are up front about calling for the total destruction of Israel, but somehow Jews and Muslims “share a covenant with god” and are all buddy-buddy as far as keeping the gays from marrying.

And just who does the “Commonwealth Policy Center” speak for in America?
Well, 25% of us declare ourselves unaffiliated with any religion: the “Nones.” Of the others who are religious, 5% are of non-Xian affiliation. Of the 70% that do identify as Xians, the more liberal sects like United Church of Christ, Unitarians, and others don’t have any problem with gay marriage.
AND
According to the Barna Group: “Nearly half of of practicing Protestants under 40 today support changing laws to enable more freedoms for the LGBTQ community, while just one-third of their parents’ and grandparents’ generation feel the same.”
AND
Pew Research in 2013 said: “Americans’ opinions on same-sex marriage have changed markedly since 2001,” when 57% of the overall U.S. population said they opposed the practice. Now, the tide has shifted so that half of Americans favor the practice and only 43% do not.”
The Nones, the liberal Xians, and 1/2 the Protestants under 40 don’t have an issue with it, so that leaves the Catholic Church and the Conservative Xian denominations like the Baptists, Pentecostals, and Church of Christ.
BUT
Just like the issue of birth control, the majority of Catholics do not buy the party line. This from the Public Religion Research Institute:
“Catholics are more supportive of legal recognitions of same-sex relationships than members of any other Christian tradition and Americans overall. Nearly three-quarters of Catholics favor either allowing gay and lesbian people to marry (43%) or allowing them to form civil unions (31%). Only 22% of Catholics say there should be no legal recognition of a gay couple’s relationship.”

So that leaves the older Conservative Xians and a few old Catholics who generally oppose it, maybe 10-15% of the population. And they can oppose it all they want, but none of the rest of us have to go along with any of their religious ideas anymore.
That’s religious freedom, which includes freedom from religion as well.