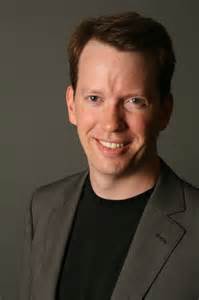 Sean Carroll the physicist, science publicizer and author recently participated in a debate with Eben Alexander, the neurosurgeon author of “Proof of Heaven” entitled “Death is not Final.”
You may remember Alexander’s claim that he was totally brain dead and had the experience that he visited heaven and came back and therefore it must be real. You can watch the whole debate here or just check out the closing arguments available in the YT links…
OR
Check out a good summary of the absurdity on Bill Maher’s “Real Time” where he and Lawrence Krauss take the Newsweek editor to task for featuring the book and Alexander’s claim as more than plausible but probably real… sort of a “isn’t this proof?” credulous report.

Maher and Krauss and Carroll and another neuroscientist point out that vivid, life-changing hallucinations while in a coma are nothing new and are no proof of going anywhere, much less visiting the ethereal realm.

Sean Carroll nails the crux of this controversy and that of ANY and ALL religious claims which ALL have had no empirical basis, ever, and despite the wishful thinking of the worlds religions for millennia there is no evidence of god, gods, angels, devils, souls, heaven, hell, etc., etc.

The real problem with all religious claims such as Creationism that I have blogged on regularly how utterly absurd and impossible the proposition is, is that we have to throw out huge chunks of science and common sense, all that we really know about how the world works to accommodate such far-fetched religious speculations.

Here’s Sean on the options in the “Afterlife” issue:
EITHER
1. Everything we think we understand about the behavior of matter and energy is wrong, in a way that has somehow escaped notice in every experiment ever done in the history of science. Instead, there are unknown mechanisms which allow information in the brain to survive in the form of a blob of spirit energy, which can then go start talking to other blobs of spirit energy, but only after death, except sometimes even before death.
OR
2. Physics is right. And people under stress sometimes have experiences that seem real but aren’t.

Thanks, Sean.
Information Kills Religion
We have to stop lying to our children that we know these things like souls and heaven and gods and devils to be real. Even some highly intelligent people that are smart enough to earn advanced degrees, edit national magazines, even practice medicine where nothing but clearheaded empiricism is required or people die, just cant give up the ideas they were hosed about as children.
End Religion Now.