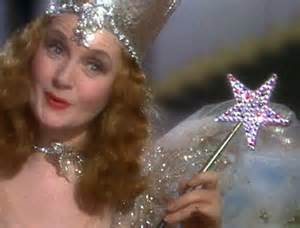 “Yes, you did!”
If I went after, oh a DB like Bill O’Reilly for the delusional ideas he holds to be true, that over 90% of the rest of the folks on the planet KNOW to be bullshit like, (since he’s Catholic) transubstantiation: where the communion wafer and wine really, REALLY turn into the flesh and blood of Jesus, or papal infallibility, that the Pope not only (once he’s elected) can talk to god but he can’t be wrong, no-one but maybe a few other right wingers and the blustering Bill Donohue of the Catholic League would get upset at me for pointing out the absurdity of those utterly medieval mythical beliefs.

And when I have blogged on the pastor Jamie Coots or his son or family from Eastern KY and their delusions over snakehandling (that killed Jamie and may get his son yet) nobody but a few really hard-core Evangelicals might get upset.

But when I went after the completely absurd beliefs concerning the soul and reincarnation held by the Dalai Lama, HOLY SHIT Batman, did I hit a nerve.

I got some mild heat off Facebook comments but the real invective came from a couple of reddit comments where I submit a post every few weeks.
Here’s a choice one:
“Wow, haven’t read a such a steaming pile of smug, fedora-tipping, Mountain Dew-soaked dreck since I unsubbed from /r/atheism.”
Of course I pointed out I don’t own a Fedora, nor do the Dew and replied thusly:
“The Dalai may be a sweet, enlightened guy but the religious delusions he legitimizes sanction the excesses of most religious leaders who aren’t as nice as him.”
And that’s the point. Your estimation of your neighbors clarity (sanity) would come into question if he espoused that HE was the 14th reincarnation of anything or anyone. But the Lama gets a pass, religious thought gets a hand-wave, that IS the point.

And here’s a more thoughtful exchange, also from a reddit commenter,

“Most religions believe a lot of suspect things, though I have a certain respect for those that derive their principles from meditation as it involves a certain amount of empiricism. At certain stages of meditations you experience very strange things, things that can be perceived as ‘psychic projections’. This is pretty universal, and you can try it at home if you want to devote 10+ days of 10 hours of meditation.
Now, if could be that this phenomenon is a mere hallucination, a blip in human psychology and is about perception being distorted (much like a drug). Hell it likely is psychology and suggestion. Buddhists believe that, instead of distortion, perception is enhanced in these states and they are seeing the truth. They think they are scientists, however it is possible that their microscope could use a good cleaning.
So that is where belief in reincarnation comes from; what to them is a direct, empirical experience of the world beyond the physical, where things like reincarnation are possible.
Also, the Dalai Lama was identified by scouring the land until a child was found that could identify Mr Lama 13th’s old buddies (who were disguised) and then some of his possessions. Gaytso never actively mislead anyone about his identity and the belief is based on that (among other things like physical attributes, birthmarks, predictions from the 13th lama and so on).
So the analogy made is pretty bad, and really hard to make unless your neighbour was the Dalai Lama and had the weight of Tibetan culture as his “evidence” to back up his claim.
I do not claim to be an expert in Buddhist belief, though I think I have more of an understanding than the author of this article.

“There’s not one ounce of empirical data from meditation to support either a soul or reincarnation, don’t fool yourself. Sean Carroll said it best in a debate over the afterlife:
EITHER “Everything we think we understand about the behavior of matter and energy is wrong, in a way that has somehow escaped notice in every experiment ever done in the history of science. Instead, there are unknown mechanisms which allow information in the brain to survive in the form of a blob of spirit energy, which can then go start talking to other blobs of spirit energy, but only after death, except sometimes even before death.”
OR “Physics is right. And people under stress sometimes have experiences that seem real but aren’t.”
The Lama, swell guy that he is, which I pointed out how progressive he truly is, misleads everyone about his identity, who are you kidding? Yeah, they found him and convinced him as a (vulnerable) child that he was #14 and he sincerely believes it now and even thinks he can make sure he doesn’t get reincarnated in that bastard country Communist China. Read his books. He’s totally up front about it. Meditation does have effects that can be observed and measured empirically, but the existence of a soul and its reincarnation ain’t one of them.”

The Facebook and other reddit comments went more down the path of “He’s such a nice, benign guy, why go after him?”
I didnt. He is a nice guy and I said so, twice. I went after his absurd, delusional beliefs that outside the context of an established religion would be recognized and regarded immediately as foolish, if not downright ridiculous. But religion demands a respect it doesnt deserve and its time we exposed and ridiculed it for spreading delusions (like the hosing the Lama got as a child, religions would die without child indoctrination, the vast majority of us wouldnt buy that shit as an adult) and for what those delusions do in the hands of moderates as well as extremists: Misogyny, Homophobia, Science Denial, Dehumanization and Divisiveness, Sectarian Violence anyone?
Such is the Arrogance of Religious Thought.