President Obama.
His words. Quoted in the 08.21.14 USA TODAY headline article “Troops Tried to Rescue Hostage” regarding US journalist James Foley’s beheading Tuesday by IS (Islamic State) in Syria.
According to Obama the Islamic State “speaks for no religion… No faith teaches people to massacre innocents.”
Really?
Lets start with Xianity and Judaism. Although a direct translation of the word massacre does not appear in the Bible there are enough documented massacres that it is possible to select a Top Ten!
Bible’s Greatest Massacres.
In addition, the word slaughter appears 55 times in the KJV Bible and unfortunately the majority of the uses refer not to animals but people, enemies of the Israelites in the OT.
Slaughter in King James Bible.
Great Book, huh? It gets better (worse). 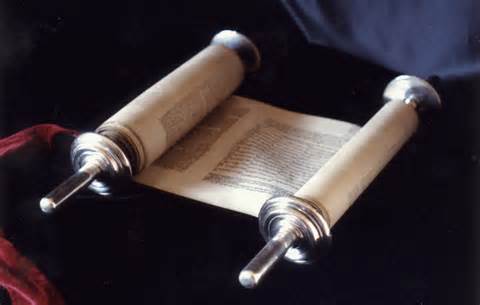 The worst example of massacre, of slaughter of course is during the time of the Hebrews in Egypt, the Passover where Yahweh himself kills all the firstborn of the Egyptians, sparing even those of his own people only if they sacrificed a lamb and smeared their doors with the blood so the “angel” of the Lord would pass over and not kill their little ones. Judaism celebrates the Passover as one of their most revered holy days.
Thankfully, the vast majority of Jewish folks are enlightened enough as members of modern society to not wish for Yahweh to repeat such an atrocity (though the first never really happened) on their modern day enemies, but it is there in their holy book and I’ll bet you there are much more than a mere handful of “extremists” who would like to bring that kind of God’s wrath down upon their enemies. 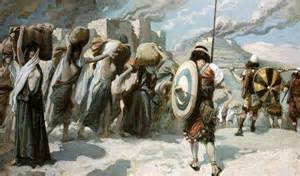 Moses’ actions against the Midianites in Numbers 31 wherein all young males and any women who have known men are massacred, after the kings and all male soldiers are already dispatched of course, saving the virgin women for the pleasure of the Hebrew victors runs a close second. God merely commanded this slaughter and didn’t carry it out himself.
“No faith teaches…“… Right.
Judaism and Xianity claim the Bible is the revealed, divinely inspired Word of God, true, factual and is to be revered and believed. It is only in recent times, the last few centuries since the Enlightenment that Xian believers, both Protestant and Catholic alike stopped following those passages and killing one another and unbelievers.
In a previous post I wrote on the profound absurdity of Elie Wiesel and the Jewish “Values Network“referring with admiration to the Psalms of David in an appeal to end child sacrifice when Psalm 137:9 reminds us we should be happy dashing little ones heads against the stones.
Not massacre of innocents? Not abject arrogance?

Then there’s the Koran.
A detail of the massacre of Jews by Muhammed himself reminiscent of the slaughters that occurred in towns across Eastern Europe as part of Hitler’s final solution can be sourced here.

I don’t expect Obama or any president dealing with the crisis of formidable aggression by a ruthless enemy such as IS to try to challenge the cultural mindset and speak in anything other than politically correct terms, downplaying the religious aspect so as not to irritate the Muslim allies any president would desperately need in the mess that is the Middle East.
Changing the program, overturning the Zeitgeist… That’s OUR job, US UNBELIEVING SCUM, those of us secularists active in the New Enlightenment. Consciousness raising about the absurdity, ignorance and cruelty of religion is our job.

Political leaders aren’t going to do it for us, and the idiocy and violence in the world wont end until religion does.

Obama’s words merely reflect the underlying arrogance of religious thought in it’s outright denial of the violence contained in religious scriptures. None of the three religions involved in the Mideast is off the hook in that regard but given the lack of a reformation within Islam and the emphasis in its writings on violence towards unbelievers it is easy to see how it continues to be a greater source of ongoing and escalating violence throughout the modern world.
Islam is no more a religion of peace than Xianity or Judaism is religion of love.
All have massacres in their teachings.
The Jews have largely been on the receiving end of massacre for two millennia now at the hands of Muslims and Xians.
Many Xians used to routinely follow their teachings of violence and carry out massacres against both fellow believers and non-believers alike.
Many in Islam still do.
End Religion Now.