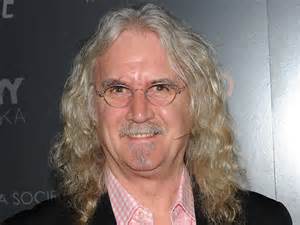 Billy Connolly, Scottish comedian, age 71 now.
Probably now more than ever this 4 minute YouTube excerpt from his “Was It Something I Said” 2 hour DVD full stand-up routine from 2007 in Adelaide (that’s Australia), is SO fucking appropriate!!!

Regarding Religion: “It’s over“, You’ve had 2000 years and you’ve fucked it. It’s over. Take your Reformation, your Vatican, your fucking Mecca and fuck off! Right on, bro.
Now contrast that with these clips from the world’s top two religions (of equal lunacy) and you grok the fullness of what Billy is telling us.

End Religion Now.
Billy’s right. They have had 2,000 years and given us nothing but division, delusion, hatred, idiocy, fantasy, burning at the stake, beheadings, repression of women, and all manner of bullshit in the guise of revealed truth and moral righteousness.
“It’s OVER!”
We could make it happen.