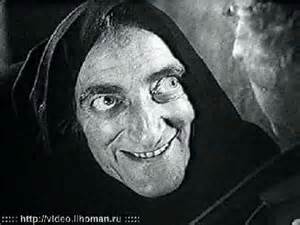 When I last dared criticize Creationism in the university newspaper here at Murray State, the MSU NEWS Facebook page zoomed to over a hundred responses. There was quite a heated exchange with Creationists from all over the US, absolutely incensed I had the gall to diss the unquestioned truths of Ham and Comfort. Some questioned my credentials, saying a Developmental Psychologist can’t know anything about evolution. I replied politely that my undergrad degree was in Anthropology with an emphasis in archaeology and human evolution, that I had done graduate work in brain and behavioral evolution, and that my research includes studies in Cognitive Evolution, so that maybe I have more than enough relevant education and experience.

That seemed to shut them up on that line of argument but there is a larger and more crucial point to be made about my credentials and stance on evolution versus those of Ken Ham’s Answers in Genesis (AiG) degreed employees who deny evolution.

When I discuss the age of the earth, the fossil evidence that makes humans and dinosaurs living together utterly preposterous, the genetic evidence that refutes any attempt at a literal interpretation of Adam and Eve, or the comparative genomics of dog evolution, I am reporting the science: the data and the consensus of thousands if not hundreds of thousands of scientists who work in those and related fields. I’m telling you what we know as a species because of what practicing scientists in the relevant fields know. I am acting as a reporter, a science journalist who has enough education and familiarity to write accurately about what the experts in those fields know.

Conversely, Ken Ham’s underlings, just because they have PhD’s, whether it is in a relevant or related field or not, are insisting that all those scientists are wrong: that one or two people with somewhat related degrees and who do not work in these fields can completely overturn the consensus of thousands of scientists. Somehow Ham’s employees know better than entire disciplines worth of scientists who actually do the research, solely because the revisions and denials of AiG employees must comport with Ham and Comfort’s extreme Creationist interpretations. That’s the absurdity, the 24 karat chutzpah, the absolute idiocy of their claims.

I teach a course in Developmental Psychology. My PhD allows me to be familiar enough with the subject and its research to lecture competently on the current findings from an up to date textbook that contains the latest knowledge gleaned from thousands of studies published by thousands of researchers. It would be absurd enough for me, even with a degree and research experience in the same field to insist that all those scientists, all those studies were wrong: that an entire field was hopelessly incorrect and all its practitioners thoroughly deluded just because I said so. But that is exactly what Ham’s hired hands do, and without relevant background in most of the fields they pretend to overturn all consensus on. Ya gotta admit they got balls, if not brains.

One of the brightest professors I ever had, possibly the smartest intellect I’ve had the pleasure of knowing said a PhD guarantees only one thing: that a person has worked very hard at least once in their life. Ham’s hired guns although they may have an education related to the whole fields of study they obnoxiously claim are in error, and may have earned their degrees with a lot of hard work, it gives them absolutely no credentials, no justification for claiming they know better than whole disciplines of working scientists.
The whole Creationist enterprise is bankrupt from the start, and then there’s all the evidence that unequivocally supports evolution to the point it is absurd to deny it. If there is anything Creationists are competent at, it is absurdity and denial. Creationism is one of the most striking examples of the conflict of religion and science in this country and around the world.

So having some Creationist go get their PhD in something and then have them claim they know better than hundreds, thousands, tens of thousands of practicing scientists who actually work in a given field is a shining example of the Arrogance of Religious Thought. You know these folks really really believe they are smarter than all the hopelessly deluded researchers who have succumbed to bad, bad, evil, nasty, awful, disgusting, science. Right.