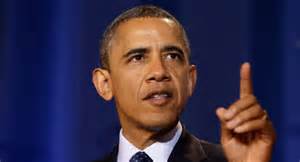 This is great.
Obama reminds his fellow Xians that even their “religion of love” can be the reason people behave as badly as our Muslim friends at ISIS, beheading and burning their fellow humans. And not just centuries ago with the Inquisition and Crusades (and a whole bunch of other noted atrocities of past Xianity he didn’t mention) but within less than a hundred years and right here in ‘Merica with Jim Crow lynchings in the White Xian South. And is he taking shit for it!
Check it out here.
Story after media story covers the outrage. And you can log on to the website above I chose as representative of the coverage or any number of others and see the offended Republican politicians, religious figures, pundits, newspeople etc., etc.
Then read the comments from mostly butthurt, terribly offended, appalled, flabbergasted Xians. They are both hilarious and dismaying.
Most tellingly, the vast majority of the dozens of news articles, commentary and all the volumes of comments from outraged Xians I randomly perused utterly ignored the lynching of black men in the American South that ended much less than 100 years ago. Atrocities here at home and from our very recent past which included being burned alive, and all manner of torture every bit as barbaric as the animals from ISIS are perpetrating on mostly their fellow Muslims as we speak.

The comments prolly 10 or 20:1 against Obama rail how the Inquisition was different and not many really got killed and the Crusades were totally justified as a response to Muslim conquest and how dare he equate Xianity to Islam or bring such a thing up at a prayer breakfast and this just confirms he is the worst President ever, and an idiot and totally uneducated in history, and theology and Jesus saves and on and on….
No-one even acknowledged much less refuted in the least the fact that Good White Southern Xians used to barbeque black males for fun now and agin’…and not that long ago. Nobody touched it. It was completely ignored by the faithful and the patriotic, the reporters, pundits and vociferously commenting American public alike.

It takes religion to make otherwise normal human beings do bad things. Xianity is no exception.
Obama was right on the money. His next job is fishing, golfing and writing his memoirs, so he doesn’t give a damn. The hatred he invites just by being black and in the White House is so off the scale already, he may as well lay out the real deal and call Conservative religious Americans out and have them hear things they dont like. This wasn’t the first time he was brutally honest in front of Xians.
In 2006, he told folks at the Call to Renewal conference that the Bible wasn’t inerrant, religion has no place in politics as it requires compromise and that the if someone in the modern day behaved liked Abraham about to murder and barbeque his son because the voices in his head told him to do so….
Obama on Abraham.

The New Enlightenment aims to drop religion down a few more notches as thankfully the first Enlightenment did. We have an ally in the White House, a liberal Xian who most often has to talk politically correct as President to appease our Mid-East allies and such, but on occasion does a bangup job dispelling the myths of the Xian saturated American populace.