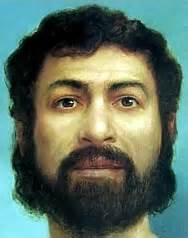 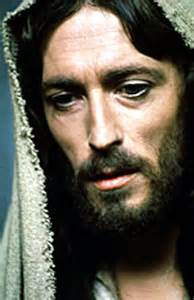 I posted this reply below on Facebook recently to an article from “Jesus Daily” entitled:
“Do you know these 20 facts about Jesus?” and thought it would make a good info post for here as well.
Here’s the original article , its quite lame. Besides the Jesus images of tall, white actors, it is mis-numbered as well. Not terribly factual either as you will see below.
But hey, when you are taught “eternal truths” by people you trust: your parents, priests, pastors, youth ministers…why bother to check any facts? Why bother to read the book at all for yourself and see? They wouldn’t lie to you right?
And as a Xian growing up, you thought you did read the Bible, well at least those few select passages you discussed in religion class or during Bible study, or heard as readings in church. Why would you look any further? Most never do.

So here is my answer to the “facts”

“For all my Christian friends many who re-posted the “20 Facts about Jesus” article. Here’s information you may not have that shows most of those facts to be untrue. Listed are the 10 most “factual” claims numbered as in the article. There were two # 8’s and they skipped #14 later to still end up with 20.”

1. Jesus was a descendant of King David on Mary’s side. Mary was a Levite, not of the Davidic line. Descent wouldn’t be traced thru the mother. Joseph was descended from David but only Luke and Matthew list genealogies of Joseph back to David, with long lists of names that don’t match. Luke says explicitly it was Joseph’s genealogy not Mary’s. Joseph wasn’t his real father anyway, according to the virgin birth, a claim which no other NT writer, Paul, John, Mark, know anything about. Not factual.

2. Chinese astronomers recorded the Star of Bethlehem. They didn’t. The star is only mentioned in Matthew, guiding the magi, not in Luke’s nativity story where there are only shepherds, no magi, no star. Completely contradictory. It appears Chinese astronomers noted Halley’s comet in 12 BC, 8 years before Matthew says JC was born in 4 BC, during Herod’s reign.

3. Mary went 70 miles to Bethlehem. Not according to Matthew who says they already lived in Bethlehem and later moved to Nazareth via Egypt. Only Luke moves them to Bethlehem from Nazareth, just before Jesus is born for a census in 6 AD, not 4 BC as Matthew says. Not factual at all.

6. The Shroud of Turin may be an image of Jesus, science cant disprove it or duplicate it. It has been radiocarbon dated to the Middle Ages by 3 independent labs, exactly when it first shows up in historical records. The image itself is grossly distorted. A medieval forged relic most likely. Various artists theories show how it was created. Appears 1,000 years later, with no evidence to link the shroud to Jesus.

8. Matthew says there was earthquake when Jesus died and science says there was one 26-33 AD. There was no earthquake recorded by anyone then or since. The sky did not darken either nor did saints rise from their graves and wander around Jerusalem as the author of Matthew also claims. Matthew embellished the legend with impossible events, that no-one else mentions, like the Star of Bethlehem.

11. Looked like anyone else, slipped thru the crowd unknown. This one is likely true. Unlike the over 6 ft image on the Shroud of Turin and the tall slim faced Caucasian actors shown in the article, a 1st century Jew from Galilee would have had dark Arabic skin and features and be well under 6 ft.

16. John was the only disciple there at the foot of the cross. Only the later added chapter 21 of John (that isn’t in the earliest manuscripts) says the “beloved disciple” (never names “John”) was at the cross. The other Gospels say the apostles ran away and only women watched, and from a distance. And they list different contradictory groups of women present, no apostles.

17. Tacitus and Josephus support the Bile stories of Jesus. Christian apologists admit the Josephus testimony was forged and added later as the earliest manuscripts of Josephus do not include the Jesus paragraph which reads like a Christian confession of faith, not a historical account as Josephus was a devout Jew. Tacitus only speaks of Christians present in Rome, doesn’t mention even the name Jesus nor reports anything about his life or deeds. There is no corroboration for anything the Gospels say about Jesus outside the Bible. Not fact, just another fabricated story from Sunday school, Bible study.

“The Gospels were written anonymously by very literate Greek writers who didn’t claim to be eyewitnesses, nor write like eyewitnesses, nor claim to be relating others eyewitness accounts. These were not illiterate Aramaic speaking apostles. They wrote 4-6 decades after the crucifixion.
It is a shame that young Christians are still told old misrepresentations about the Bible. Anyone can compare the Gospel stories and see the contradictions and impossible claims for themselves or read Biblical History and learn of the forgeries, later additions, contradictions, anonymous authorship, etc. Whether you believe or not I don’t care, you can check everything I said and not be hosed by articles like “20 facts.” What I listed is barely the tip of the iceberg why so many who actually read the Bible, or about the Bible don’t believe a word of it. It’s just cultural myth like any other religion.”

SO
The scariest thing nowadays is the high likelihood that not only are the Gospels mostly made-up stories embellishing the story of Jesus’ life and deeds, but the guy himself, may never have existed at all as a human and was just another mythical creature like Zeus and Osiris and many others who began as god like entities and the myths later developed into legends of their time and activities on earth.

See Richard Carrier’s very plausible arguments for the complete mythical status of Jesus and Earl Doherty’s previous work that got Richard and many others thinking mythicism could be true, that the whole damn thing was made up, including Jesus himself…it all could very well be nothing but myth: 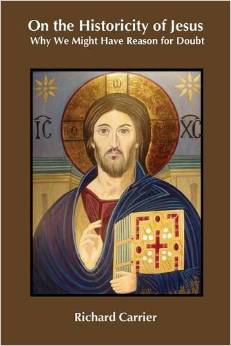 It is time we stopped lying to future generations about what we “know” about religious claims.

3 thoughts on “20 “Facts” about Jesus. Not. Just continued hosing of another generation.”